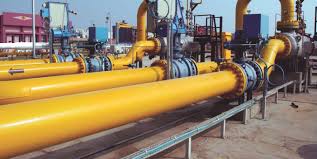 In the last decade, the Government has gone all out in providing domestic cooking gas to people  in rural India who didn’t have the means of getting this themselves. They did this through the  people receiving Government subsidies and gave them the opportunity to surrender their  subsidies so that someone less fortunate would be able to benefit from them.     The response to this was massive with several crore Indians giving them up so that almost  three times the number received the benefit of cooking gas in their homes.

The response to this was massive with several crore Indians giving them up so that almost  three times the number received the benefit of cooking gas in their homes.

What is the next step for the Government?

Currently, a large part of India is receiving its cooking gas through ​gas cylinders​. These heavy  metal barrels are transported either by cycle to individual homes or through a giant truck that  comes to the area and provides one to everyone who needs a refill.

Although a lot of this is handled by the state Governments, many metropolitan areas are toying  with the idea of providing people with a gas pipeline. The line would work like a waterline with a  regulator that would allow users to keep track of the amount of gas they consumed. They would  then receive a bill at the end of the month that they would have to clear.

Although this idea is in the initial stages, it would make the entire process of using domestic  cooking gas a lot easier.

Are there any downsides to a gas pipeline?

We have seen the Government water lines passing through and alongside streets. Whenever  there are issues or fixes that are needed, like digging work, or there was an accident which  caused one of the pipes to burst, it takes a couple of days to fix. This does lead to a large  amount of wastage but the difference between water and gas is that gas is dangerous when it is  leaking.

If you are looking to book a gas connection, you can handle it on the ​Gas Booking​ website.  Furthermore, if there are any changes you would like to handle connecting to your gas card, you  can work on those on the website as well.

Unique Gift Ideas | Best personalized Gifts You Can Give In 2018