Patriotism is in the air as India is celebrating its 70th Republic day on 26th January 2019.  The Indian national flag – the Tricolor flag is the symbol of our national pride and all of us are proud of it. Indian Flag, also known as Tiranga is used everywhere as we celebrate our national holidays. Do you want to know more the Indian tricolour flag? Read these interesting Indian national flag facts to enhance your knowledge. 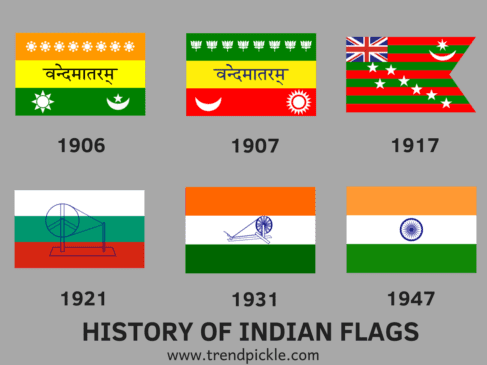 1.  Indian flag was designed by Pingali Venkayya, an Indian freedom fighter. The irony is that he died in poverty in 1963 and was largely forgotten by the society.  in 2012,  Andhra Pradesh state government recommended him for Bharat Ratna award but he was not chosen.

2. The Tricolor flag was adopted in its current form during a meeting of the Constituent Assembly held on 22 July 1947.  It became the official flag of the Dominion of India on 15 August 1947.

3. The manufacturing process and specification for the Indian flag is set by the Bureau standards of India. The flag should be made of Khadi,  the favorite fabric of Mahatma Gandhi.  Khadi Development and Village Industries Commission hold the sole right to manufacture the flag.

5. Tenzing Norgay hoisted the Indian national flag on Mount Everest for the first time on 29 May 1953. He was one of the first two persons to reach the peak of Mount Everest, the other being Edmund Hilary.

6. Before 2002, The flag code of India prohibited private citizens from using the national flag except on national holidays like Republic days and Independence days. In 2002, Naveen Jindal filed a petition to allow the use of flag by private citizens. The Supreme court directed the Indian government to amend the code to allowed limited usage. In 2005, the code was further amended to allow some additional use including adaptations on certain forms of clothing.

7. On 7 December 2014, A Guinness Record was made for the Largest Human Flag formation at Nandanam YMCA Ground in Chennai, India. In the event, more than 50000 volunteers took part to form the Indian Flag.

8. Saffron stripe in the flag is the symbol of courage and sacrifice. The White represents truth, peace, and purity and The Green stripe is the sign of prosperity. The Ashoka Chakra in the middle denotes righteousness.

9. Various designs of the Indian flag were used and adopted during the pre-independence era. The first Indian flag, also known as Calcutta flag was unfurled on 7 August 1906 at Parsi Bagan Square, Calcutta. The first unofficial Indian flag contained Moon, Sun, and eight lotus symbols. The middle stripe has the text “Vande Mataram” written on it.

10. Madam Bhikhaiji Cama, one of the main leaders of the Indian independence movement was invited to Germany to hoist the national Flag. On August 22, 1907, She became the first Indian to hoist the Indian flag in a foreign country. It was the second Indian flag with little modifications to the first flag.

11.  Dr. Annie Besant and Bal Gangadhar Tilak used a different version of the flag for Home Rule Movement in 1917. The flag had five red color and four green stripes, the Union Jack on the top left and Crescent on the top right corner. It also had seven stars representing  Saptarishi constellation.

12. In 1921, A new flag was introduced at the congress meeting.  The Flag, also known as Gandhi Ji’s flag contained one White stripe, one Green stripe, one red stripe and one Charkha at the center of the flag.

13. Chandrayaan-1, India’s first lunar probe placed the Indian flag on the moon. On 14 November 2008, the Moon Impact Probe separated from the Chandrayaan orbiter struck the south pole making India the fourth country to place its flag on the Moon.

14. Swami Vivekanand’s Irish disciple Sister Nivedita designed the first ever Indian flag in 1904.  The flag, also known as Sister Nivedita’s Flag contained red and yellow colors and “Bonde Matoram” (Vande Mataram in Bengali) written on it.  The flag also had Vajra’, the weapon of Lord ‘Indra’ and a white lotus at the center.

15. Although there are many flags which resemble Indian nation Tricolour flag, The flag of Niger (the national symbol of the West African Republic of Niger) has the most striking similarity with the Indian flag. 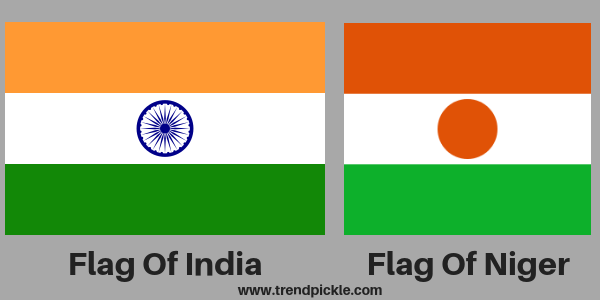 If you any other interesting fact about the Indian tricolour flag, please let us know in the comments section below.