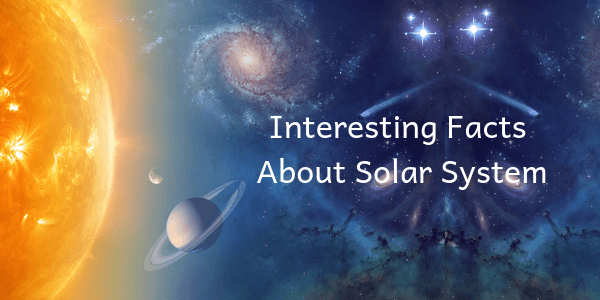 The solar system includes the Sun and all the objects( including planets, comets, asteroids etc.) that orbit around it due to its gravity. For thousands of years, humans were unaware of the Solar System and believed that Earth was at the centre of the Universe. Astronomers and scientists developed a new model that explained the movement of the planets with the Sun at the centre of the Solar System.

It was formed around 4.6 billion years ago. The vast majority of the system’s mass is in the Sun, with the majority of the remaining mass contained in Jupiter. There is a total of 8 planets in our solar system. In 2006 Pluto was excluded from the list of planets and has been classified as a dwarf planet. Here are some interesting facts about the solar system.

1. There are four inner planets which are relatively smaller and also known as “terrestrial planets” – Mercury, Venus, Earth, and Mars. These planets are made up of rock and metal. 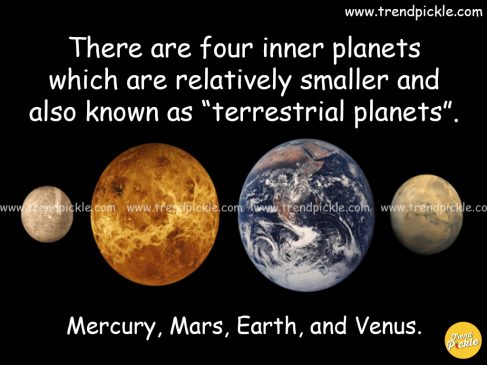 2. There are four outer planets which are substantially larger and also known as gas giants – Jupiter, Saturn and Ice giants – Uranus and Neptune. These planets are more massive than inner planets. 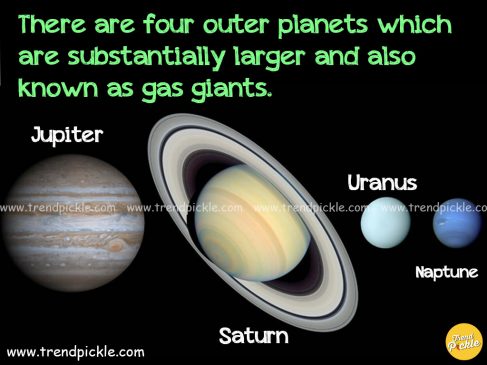 3. As of 2018, There are five officially recognized dwarf planets in our solar system –Ceres, Pluto, Haumea, Makemake, and Eris. Ceres is in the asteroid belt and others are in outer solar systems. 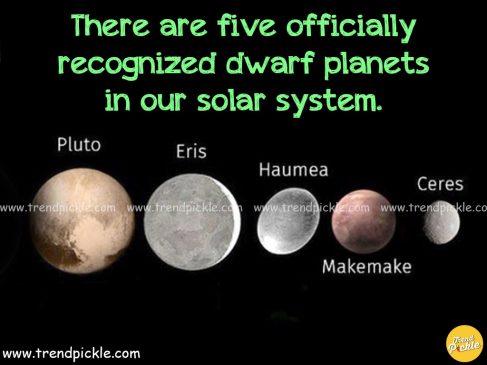 4. The two largest planets Jupiter and Saturn are mainly composed of hydrogen and helium. 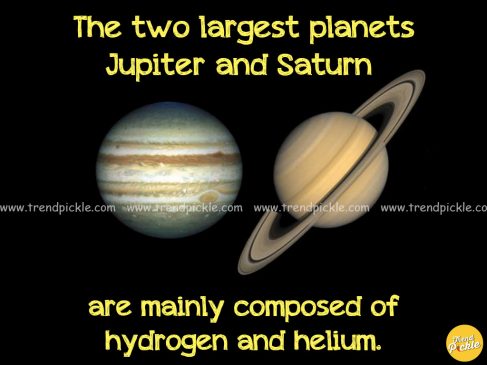 5. Uranus and Neptune are the two outermost planets which have also been classified as are ice giants, being composed mostly of substances with relatively high melting points. 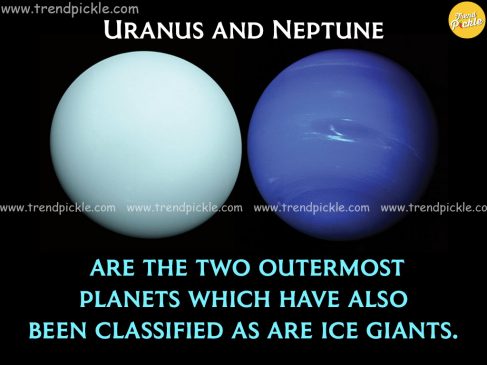 6. Mercury is the smallest planet. It is the nearest planet to The Sun in the Solar System. It is named after the Roman deity Mercury, the messenger of the gods. 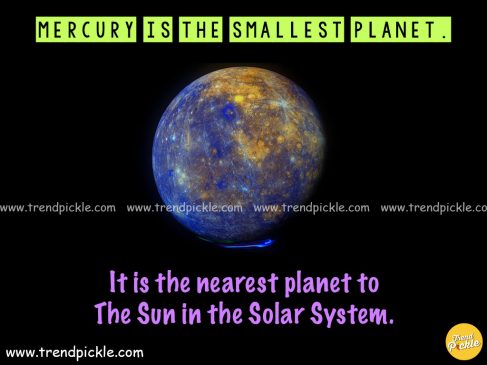 7. Venus has the longest rotation period of 243 days of all planets in the Solar System. The interesting fact is that Venus rotates in the opposite direction to most of the other planets meaning the Sun would rise in the west and set in the east on Venus. It is named after the Roman goddess of love and beauty. Venus is the brightest planet in the solar system. It is the second-brightest natural object in the night sky after the Moon. 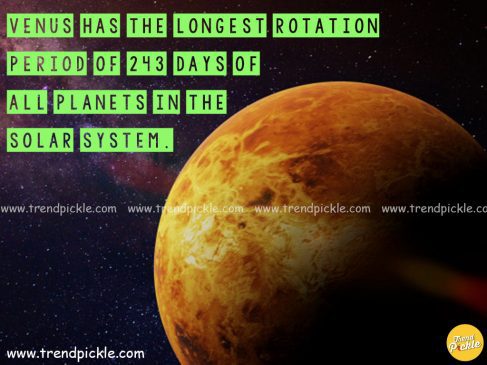 8. Mars is the second smallest planet in the solar system. It was named after the Roman god of war. Mars is also often described as the “Red Planet” due to its reddish appearance. 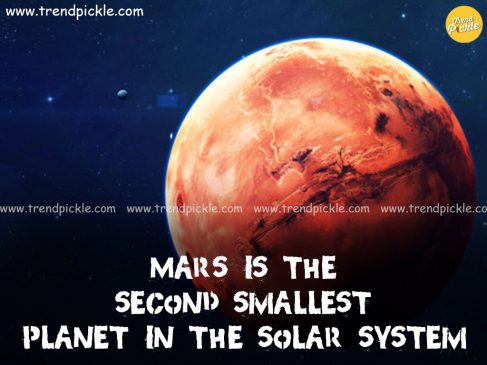 9. Olympus Mons on Mars is the tallest mountain on the planet with a height of approx. 22 Kilometres. Olympus Mons is 2.4 times taller than Earth’s highest Mount Everest. It was discovered in 1971. Mars has two moons, Phobos and Deimos, which are small and irregularly shaped. 10. Jupiter is the largest planet in the solar system. It is a giant planet with mass one-thousandth of the Sun. Named after Roman God Jupiter, It is the third-brightest object in the night sky after the Moon and Venus. Scientists now think Jupiter has 69 moons out of which 53 has been named. One of the largest moons, Ganymede exceeds even the planet Mercury in diameter. Also, Ganymede is the largest moon in the solar system. The latest probe to visit Jupiter was Juno, which entered into orbit around Jupiter on July 4, 2016. 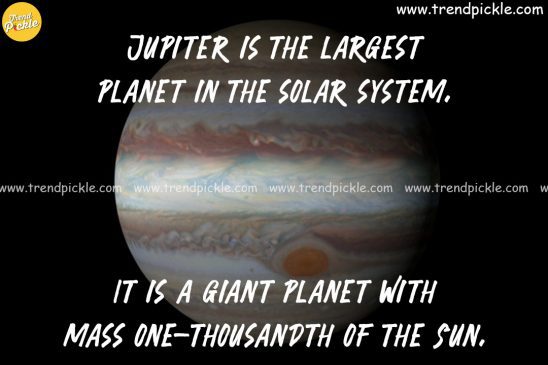 11. Saturn is the second largest planet after Jupiter. It has an average radius of nine times that of Earth. The planet is named after the Roman God of agriculture. The planet’s most famous feature is its prominent ring system which is composed primarily of ice particles with smaller amounts of rock debris and dust. Saturn is known to have more than 60 moons. Saturn’s largest moon, and the second-largest in the Solar System (after Ganymede ) – Titan is larger than the planet Mercury. 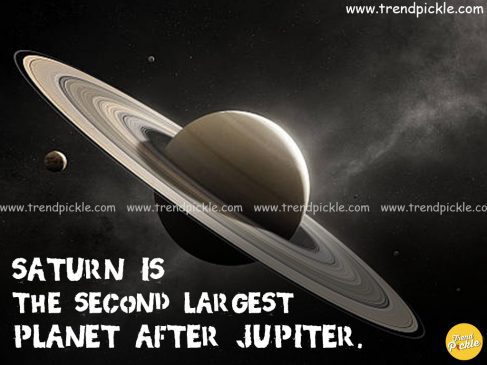 12. Uranus is the coldest planetary atmosphere in the Solar System, with a minimum temperature of 49 K (−224 °C;−371 °F). Uranus makes one trip around the Sun every 84 Earth years. Uranus is named after the Greek god of the sky Ouranos. 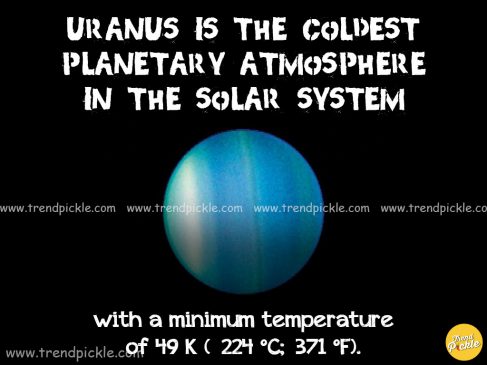 13. Neptune is farthest known planet from the Sun in the Solar System. Neptune is 17 times the mass of Earth and densest giant planet. Due to its blue colour, It is named after the Roman god of the sea. Neptune orbits the Sun once every 164.8 years. 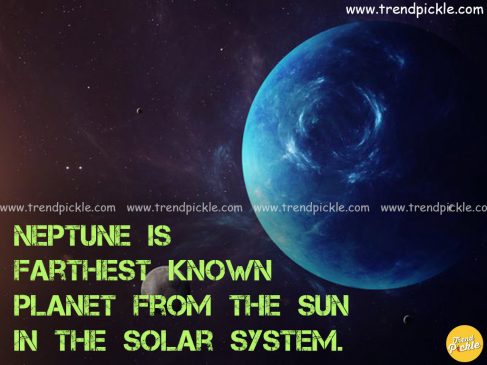 14. As we all know, Earth is the only planet to support life. It is the largest terrestrial planet among four. The Earth is the only planet in our solar system which is not named after a Greek or Roman God. The Earth has formed approximately 4.54 billion years ago. Earth’s surface is covered with 71% of water (mostly by oceans). The remaining 29% is occupied by continents and islands. 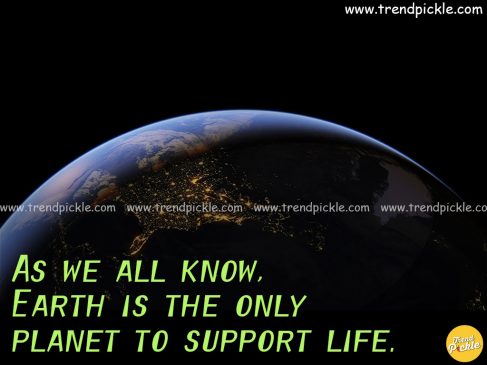 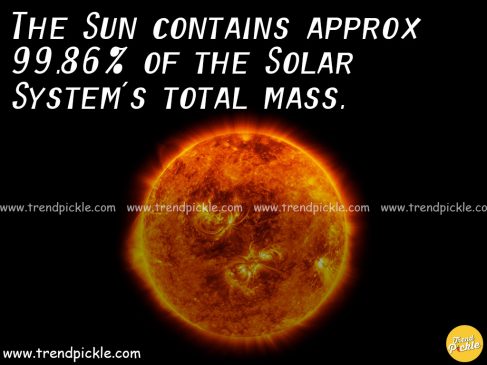 Do you know any other solar system facts? Please let us know in the comments section. If you liked the story don’t forget to share with your friends.

I actually had never heard of the dwarf planet MakeMake before