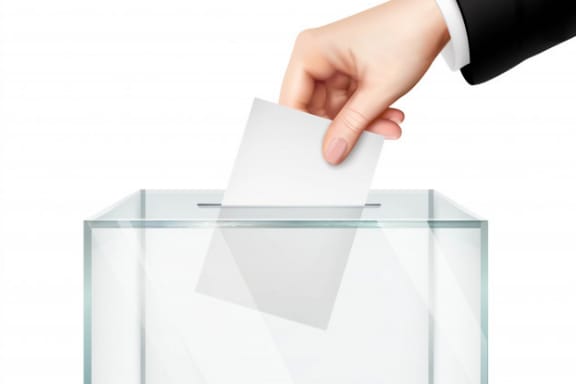 Genre is a famous word that is typical of films and most of them are love stories, and as claimed by the director, producers and actors – they are different.  What’s unique in a love story? Some call it RomCom, few end up to be a tragedy and so on. Elections are also like that, but the 2019 one will surely have a Genre. Many have tried to come up with what this election has in store as in just about a weeks’ time the Indian electorate gets into the exercise of adult franchise to elect the next PM. Will it be a change? Or will they give thumbs up to the existing system?

This is almost like the US Presidential Elections, where the battle seems to be between two parties mostly. Yet the objective of this article is to look not just the possibilities of continuity, but the benefits that would accrue for one and all. There are loud whispers about scenarios of the ruling party not getting the required numbers, but managing to stitch together post poll partners and come to power, but with a change in leadership!

The world leadership itself sends shiver down the spine, for history is replete with many surprises over the years.  The legendary manner in which Lord Ram was set to be crowned the King, but had to actually proceed on a 14 year exile. The manner in which the Pandavas the rightful claimant for a kingdom were refused space to the tune of even five needle points.  The war of Mahabharata came to be known as Dharma Yuddha, where right triumphs over evil. Further folklore is replete with betrayal, one-upmanship, and treachery to attain positions of leadership.

There have been lots of talk about the 2019 elections, that one the immediate offers a scenario similar to 2009 Elections, wherein it is typically TINA (There Is No Alternative) factor in play, but also has many other scenarios that it could resemble. How some Incumbents succeeded, while some incumbents failed to succeed? 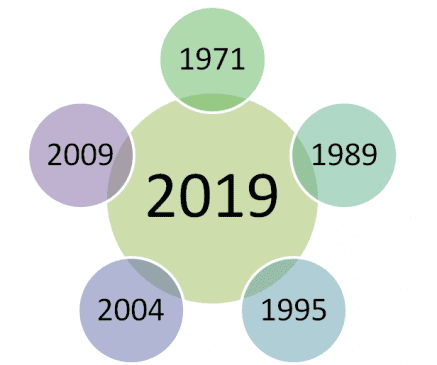 1971 and 2004 are the two years that come to mind, where in both the cases the Elections were preponed. While in 1971, the incumbent succeeded to come to power, the story was different in 2004.

If we look at 1989 – the V.P.Singh Wave that brought the Right and Left together.  But the then incumbent had revolutionized India and brought about many changes.

The 1996 Elections where Narasimha Rao went to the electorate after having initiated the most historic liberalization had to eat humble pie.   The less said the better about the 2004 elections, for the next 10 years seems to be the bone of contention in 2019.

How can we forget 2009, when TINA factor came into play and there was literally no opposition wherein the verdict was a forgone conclusion. The biggest victory Congress had was not the number of seats they got, but the fact that the left got marginalized and they could stitch a new coalition.

Now Narendra Modi, the man who toppled the incumbent in 2014 as the challenger finds himself in a different and challenging role of being an incumbent, but still behaving as a challenger.  I guess that role suits him and the public, for the electorate in the past has been quite harsh on the incumbents, with the exception of 1971 and 2009.

In 1989, when the incumbent Rajiv Gandhi was dethroned by Mr. Clean V.P.Singh, the Congress Party 49.10% votes translating into 404 seats in 1984 could only manage 39.53% votes and bagging 197 seats.  Irony that Janata Dal had only 17.79% votes and 143 seats, while the partners who supported the Government from inside in the form of CPI and CPI (M) had 2.5% and 6.55% votes, with 12 and 33 seats respectively. BJP with 11.36% vote and 85 seats, supported the Government from outside. The cumulative percentage of the ruling party does not add up, but the incumbent was dethroned.

In 1991 with 35.66% of votes and 244 seats, Congress managed to forge a coalition and usher in the historic liberalization. In 1995, with just about 28.20% votes the Congress managed to get only 140 seats. BJP with 20.29% votes and 161 seats first formed the Government and then the third front got together to spring a surprise in making Shri H.D. DeveGowda as the Prime Minister.

In 2009, was a UPA vs NDA election and the electorate having settled to a TINA factor that helped the UPA come back to power with Congress call the shots. There was virtually no opposition. Yet the UPA had a 37.22% votes translating to 262 seats, while NDA had 24.63% votes that translated into 159 seats.

Indira Gandhi had advanced the election by almost a year. Incumbent returned to Power

Rajiv Gandhi who had come to power in a sympathy wave in the first election, had to eat humble pie.

Having ushered in Telecom & IT Revolution, and changing a lot of old practices to set India on a new path.  Incumbent dethroned from Power

P.V. Narasimha Rao was the man who ushered in Liberalization – word that was almost born then. Incumbent Dethroned.

Atal Bihari Vajpayee became the first Non congress Prime Minister to complete a successful term. He has to preponed the Elections in 2004 to only be dethroned.

Dr. Manmohan Singh was the incumbent who rode on a TINA Factor in 2009 with virtually no strong opposition.

With a 2-3 score against the Incumbents, the challenge is upon Narendra Modi to make it 3-3 in 2019– It will be interesting to watch how the Incumbent manages to win and stave off the challengers! One has to surely wait till May 23 to see the dance of democracy.