Yes, you heard it right. This river can wash away your good deeds and does exactly the opposite to the holy river Ganges which is believed to wash away your sins. The Karmanasa River does exactly what its name suggests.  The word Karmanasa is made up of two words Karma and Nasa (destroy) which means to destroy the Karma or religious merits.

There are a lot of myths about this cursed river of India and people are affected by it. People living on the banks of this river avoid cooking food because it may require water. Thus people living here live eating fruits.

The Karmanasa River is a tributary of the Ganges. It originates in Kaimur district of Bihar and flows through the Indian states of Uttar Pradesh and Bihar. The river created the boundary between Uttar Pradesh and Bihar. There are the districts of Sonbhadra, Chandauli, Varanasi, and Ghazipur on its left-hand side of the boundary line  (UP side). There are the districts of Kaimur and Buxar on the right-hand side of the boundary line (Bihar side).

The origin story of the Karmanasa River 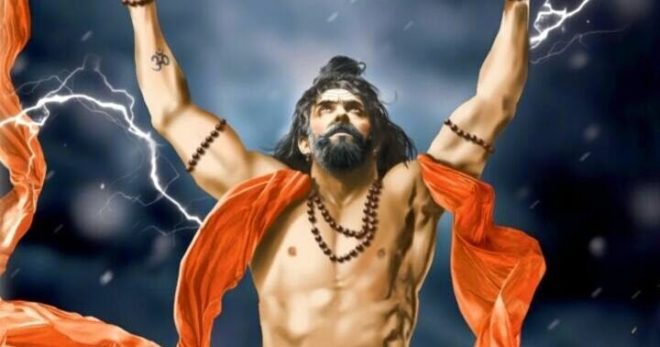 There are several legends about the river. According to one legend, the sage Vishvamitra acquired the power to create a whole new universe through penance (tapasya). When he set out to create a new universe it created anxiety in Lord Indra, King of Gods. However, Vishvamitra continued and after creating a copy of our universe, he started creating people. He first created Trishanku and decided to send him to rule his new universe. Indra tried to stop Trishanku and Trishanku ended up suspended head down in mid-air. It is said that the Karmanasa river was originated out of the saliva dripping from his mouth.

Karmanasa river is known to be cursed. People believe getting in touch with that river water may ruin their plans and may bring bad luck to them. 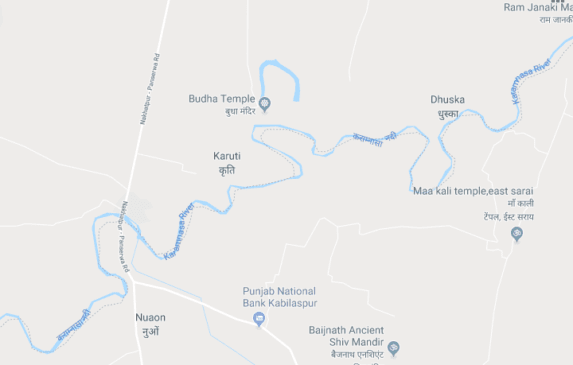 The origination point of the Karmanasa river is located at a height of 350 meters on the northern face of Kaimur Range near Sarodag in Kaimur district of Bihar. The river flows in a northwest direction through the plains of Mirzapur and then creates the boundary between Uttar Pradesh and Bihar states and finally joins the Ganges river near Chausa.

Its tributaries are the Durgavati, the Chandraprabha, the Karunuti, the Nadi, the Goriya, and the Khajuri.

The Karmanasa reaches the plains by a succession of leaps, including two falls known as the Devdari and the Chhanpathar, which, from their height and beauty, are deserving of special notice. Chhanpathar Falls is 100 feet (30 m) high. Devdari Falls, at an edge of the Rohtas Plateau, along the course of the Karmanasa is 58 meters (190 ft) high.

There are two dams across the Karmanasa – the Latif Shah bund and the Nuagarh dam. There also is a dam across the Chandraprabha. The Grand Trunk Road passes over a bridge on the Karmanasa.

If you liked the story, please share with your friends.

Why Do Many Startups Fail ?