1. Ramayana was written by sage Valmiki in Treta Yuga in the Sanskrit language.  Sage Valmiki was a contemporary of Lord Ram.

RamCharitManas was written by great Awadhi poet Goswami Tulsidas in Kaliyuga in Awadhi language. Tulsidas lived in the 15th century AD from 1511 to 1623. 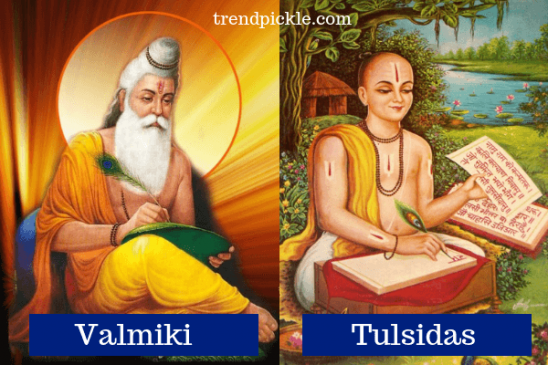 2. The word Ramayana is made of two words – Ram and Aayanam (Story), thus the meaning of Ramayana is Ram’s story.

RamCharitManas is the retelling of the Ramayana. Tulsidas has acknowledged Valmiki in his book.

5. As per Ramayana, King Dasaratha had over 350 wives out of which three were principal wives – Kausalya, Kaikeyi, and Sumitra.

As per RamCharitManas King Dasaratha had only three wives.

6. According to Ramayana, Lord Hanuman is depicted as a human who belongs to the Vanara tribe. Vanar is made of two words – Van (forest) and Nar (man). The tribes living in the forest were referred to as Vanar in Ramayana as Vanar.

In RamCharitManas he is depicted as a monkey and ‘Vanar’ is used to refer to his species of Monkeys. 7. According to Ramayana King Janaka never organized Sita Swayamvar as a mass function, Instead, whenever some mighty person used to visit Janaka, He used to show them Shiva Dhanusha (Bow of Shiva) and ask them to lift it. Once Vishwamitra visited Janaka with Rama and Lakshmana, then Janaka showed the bow to Rama. Lord Rama lifted the bow and he was married to Sita.

As per RamCharitManas, Swayamvar was organized by King Janaka for Sita and there was a contest to lift the bow of Shiva.  Sita will choose the person as her husband who can lift the bow without breaking it. Nobody could lift the bow until Rama came to lift it. He lifted it but broke it in the process. After hearing this Parashurama got very angry and Rama asked to forgive him.

8. As per Ramayana, The abduction and sufferings of Sita were real. She was kidnapped by Ravana by forcefully dragging her to his chariot. Rama rescues Sita and asks her to prove her purity to the world by taking Agni Pariksha. 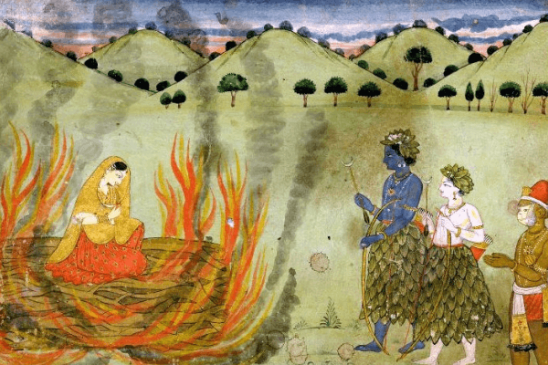 In RamCharitManas, Ravana came to the battlefield only once in the end.

10. In Ramayana, Rama is depicted as “Maryada Purushottam” which means the best of men with excellent conduct. He is shown as a human with exceptional virtues.

In RamCharitManas, Rama is depicted as supreme being, the incarnation of God. He is shown to have the divine touch to his deeds. His actions described as God’s righteous ways to remove evils and establish Dharma.

The story in RamCharitManas ends with the birth of twin sons Lava and Kusha to Ram and Sita. It never mentions the death of Lakshmana or How Sita was disappeared.

Do you know any other such differences between Ramayan and RamCharitManas, Please let us know in the comments sections.

Story of Rudraksh : The Jwels of Shiva