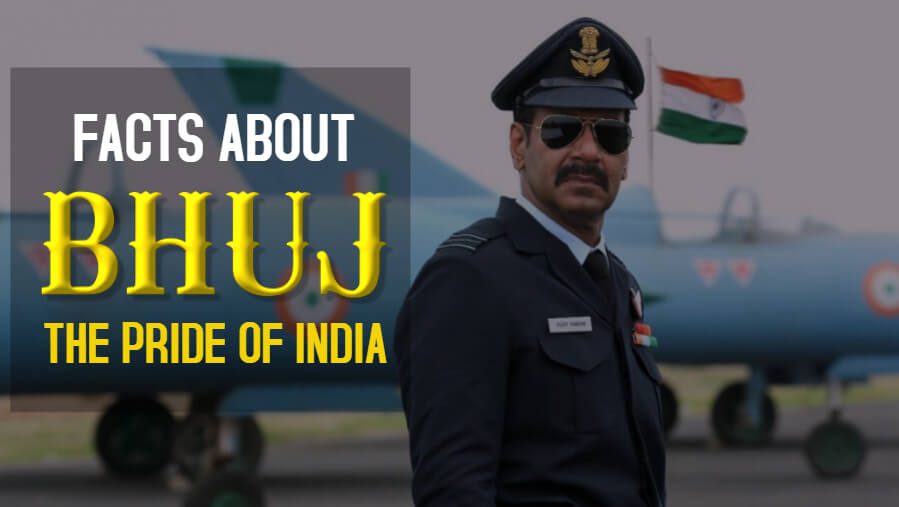 Scheduled to release on August 14, 2020, ‘Bhuj – The Pride of India’ is an upcoming war action film, starring Ajay Devgn in the lead, along with Sonakshi Sinha, Sanjay Dutt, and Ammy Virk. The story is a celebration of the pivotal role played by 300 women of Madhapur in Gujarat, in India’s victory in 1971 Indo-Pak war.

But there are certain facts regarding this movie, highlighted even before its scheduled release. These could be enlisted as follows:

1. Based on real life incident

2. Devgn for the first time as an Air Force Officer

Though Ajay Devgn has donned his khaki outfit for a number of times, this is the first time on screen that he will be playing the role of an Air Force Officer. Prior to this he has either been seen as a police officer or in the army. Devgn will be seen in the lead as Squadron Leader Vijay Karnik, of Bhuj Airport.

3. A different view of the war from that provided in Border

Bhuj- The Pride of India is also being claimed to be a massive and broader movie than what the audience saw in Border. It is supposedly providing the struggle faced by the Indian squad in Bhuj during the war, and yet battling their circumstances, India emerges victorious.

The main story revolves around the help obtained from the civilians and locals, rather than a full portrayal of only the army or the air-force officials in the movie.

Parineeti Chopra was the first choice to be cast as the spy Heena Rehman in the film and signed the film too, but as the shooting dates clashed with another film of her, she exited the film in November 2019. Nora Fatehi replaced Parineeti as the spy and started her shooting in January 2020.

6. Historic victory on behalf of the 300 women

While war is considered to be a strictly no-civilian inclusion act, the film portrays that it was due to the help of 300 local women that the war could be won. It depicts the incident where 300 local women, under the command Vijay Karnik (Devgn), had reconstructed a destroyed airbase in Bhuj, Gujarat, during the 1971 war, which resulted in an historic victory.

Since shooting in Pakistan (real location) was not possible, the unit arranged a set in Bhopal for Pakistan scenes, thus recreating Pakistan in the city.

Rana Dagubatti who was chosen to play the role of a military officer, Raghuvir Raina, very much suiting his persona, exited the film in January due to certain health complications. Sharad Kelkar was roped in as the former’s replacement.

Actress in the South Indian movies, Pranitha Subhash is going to make her Bollywood debut with this movie, with a supposedly important role as claimed by the makers.

10. Latest entrant as a patriotic film

Following other ‘deshbhakti’ movies such as Bharat, Holiday etc, this Ajay Devgn starrer is the latest entrant as a patriotic movie in 2020. 2019 saw URI starring Vicky Kaushal as a great patriotic hit, and now Bhuj – The Pride of India is expected to be another hit of the 1971 war epic.

With the on-going Covid issues, the film which was decided earlier to be releasing on 14th of August 2020, is now postponed to a later, unconfirmed date. With actors like Sanjay Dutt and Sonakshi Sinha, and Ajay Devgn, a lot is being expected from this ‘DeshBhakti’ film.