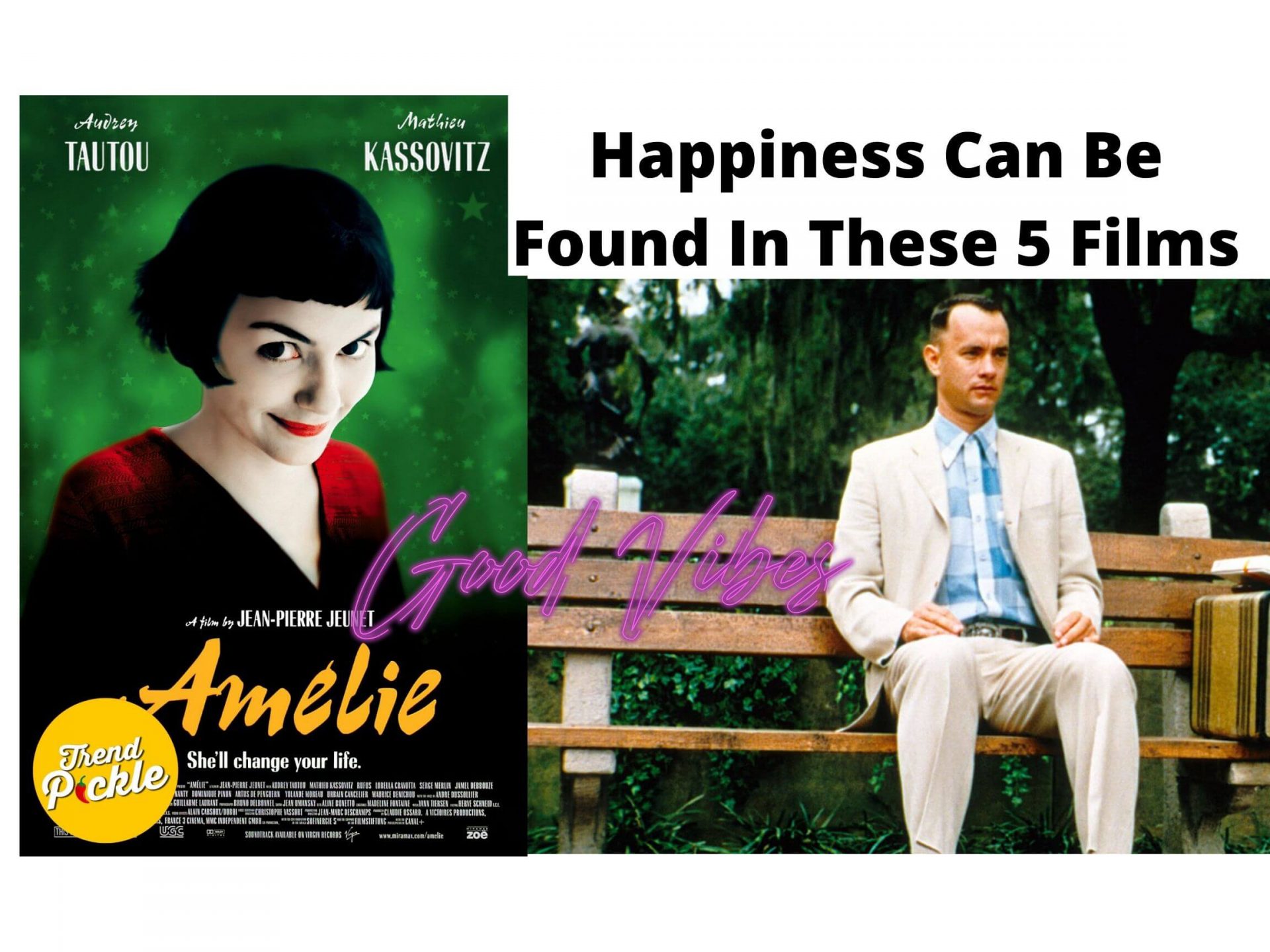 There are days we feel so tired as if nothing could ever cheer us up. But don’t be that pessimistic. Watch these films, relax and be grateful!

Life is just like a piece of music. There are some high notes here and low notes  there. We have no other choice but to deal with these unexpected problems. Hopeless as we may feel, we should never give up. What we should do is to seek for inspiration from the little things in life. And in this article, a list of 5 most meaningful movies will satisfy you and help you find the inner peace.

This is a French movie about the life of a girl named Amelie. Her character is built as a heroine who had such a sad childhood but grew up as a kind-hearted girl. She decided to become a girl who would bring joy to people around her.

The film told the stories about her good will: updating the current affairs for an old man with brittle bone disease, and pretending to find long-lost love letters to her neighbor from her dead husband, who probably never mailed her.

Finally, she found her true love, Nino. And there are moments viewers might think they cannot have a happy ending as they missed each other for many times. Amelie seemed to lack the courage to see him. But after all, Amelie and Nino still had each other, ending the film with Amelie’s sweet dreams coming true.

This movie is absolutely what a girl might want to see in search of true love. You can watch it online for free on https://fcine.tv

A film starring Tom Hanks with the best lines about life purposes might be what you have been seeking for. The film was produced in 1994 with the main character, Forrest Gump who, for his entire life, was regarded as a fool. But Forrest Gump is not a fool. He simply saw the world in his own way.

The film brought viewers into a journey from 1950s when Forrest Gump grew up struggling with his disabilities to the 1990s when he became a mature man. Forty years of his life on the film also coincided with the most chaotic period in the U.S social-political life.

“Life is like a box of chocolate. You never know what you’re gonna get.” Just as the statement suggested, his life was full of the unexpected. Regardless of all the judgement from the people around, he always lived his life to the fullest. After all, he is just a man who came back from the war. He is just a man who fell in love happily and cried helplessly when his beloved ones passed away. Still, he managed to get on with his life with his small son, Forrest Gump the mini version.

This film is full of emotions that can bring us laughters and move us to tears at the same times. You will never regret watching this movie.

The Greatest Showman is an original musical film, full of astonishing performances from Zac Efron, Michelle Williams, Rebecca Ferguson, and Zendaya. The movie got its inspiration based on the story about P.T. Barnum who started out with nothing to have a spectaculous career later.

The story about Barnum seems so simple. He is an entrepreneur, a dreamer, a family man, and an idealist. Yet, he could not succeed without the participation of a group of people who were despised for their abnormalities.

The film conveys the message about dream and love. If you have dreams, dream big, and strive for the better. On the height of success, when you look back, love is what you search for. But “you don’t need everyone to love you, just a few good people”. Watch this motivating film in here.

This film is like a sweet and slow ballad. It does not tell a flashy love story but a realistic one as the characters struggled with their daily lives. And it is more than just about love between couples. It is the bond in the family.

The main character, Tim, discovered his “superpower” of going back and forth in time, which was a secret between him and his father. Ever since that day, he used this strength and won the heart of his love, helped his siblings, and finally had the few last words with his father.

“Live your life to the fullest” is what the movie conveys. This film is so meaningful that it would be no wonder if you may rewatch it many times.

The last film we want to introduce to you is “Eat, Pray, Love”, a film for those who are getting lost. The film is based on a book by Elizabeth Gilberts who went on a special journey to rebalance after all the ups and downs in life. She found herself totally stuck in the moment as her marriage failed and she knew nothing about her own self. At that moment, she decided to go to Italy, India, and Bali Island to turn over a new leaf.

Anyone would find themselves in the situation of Liz sometimes. Relax. Be quiet. Enjoy yourself in every moment. That is what the film wants to tell you.

So, all the movies in the list will absolutely help you out in finding a way for yourself. Happiness is always within your reach. Sit down. Keep calm and watch these meaningful movies.