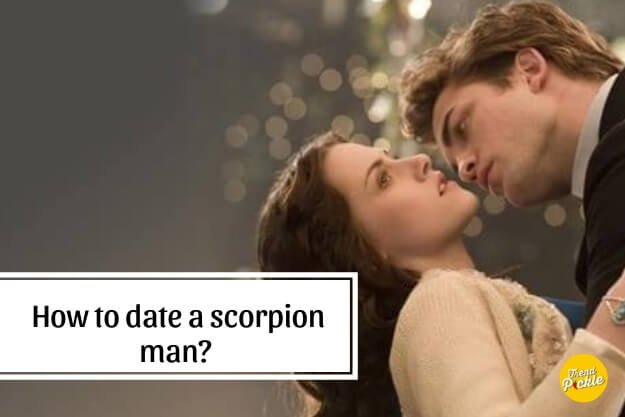 Dating a Scorpio male is an experience that will likely resonate with you for some time. Even though they may appear calm and composed on the surface, there is a lot going on underneath. Think of him like an ocean where so much is unseen by most.

Passion – either overwhelming or nonexistent

A Scorpio man is either going to be overflowing with passion for you and for his interests, or there will be none. There isn’t really a middle ground with him. And, when he is passionate, you should be ready to return the favor. If you do, sparks will be flying, but, if you don’t, the coldness might appear.

At the same time, Scorpios are often subtle, and it’s important to read between the lines of what he tells you or otherwise communicates with you. He’s also not the type to lay on the compliments but the reverse of that is that if he tells you how much you mean to him, that likely took a lot for him to say. This point should be specially taken to heart by Leos dating him.

If he’s interested in you, he’ll likely want to know everything about you, even down to the depths of your soul. Conversely, he might not be willing to do the same in reverse. Be ready for this, and, when you show interest in him and his past, be respectful of any boundaries that he puts up. But do check the Scorpio horoscope as there are times when he will be more open about himself than at others.

Don’t make him the butt of joke

In most cases, Scorpios do not deal well with being embarrassed although they will, on the surface, appear to handle it well. However, if he believes that you intentionally set out to embarrass him, that might be the end of your relationship before it really gets going.

Scorpios like being in control, so, when possible, allow him to do that.

Don’t push for a relationship. Don’t nag. Scorpio men are similar to Taurus men in that they don’t take well to being pushed in a direction that they either don’t want to go in or just aren’t ready for yet. It’s fine to bring up ideas of things to do and steps to take, but if he then takes a step back, you do the same.

Although many signs do not deal well with long-distance relationships, Scorpios are a definite exception to that. If he’s fallen for you, no amount of distance will make any difference to his feelings for you. He will remain devoted and dedicated to you until the time comes when you can be physically close again. So, if you’re okay with a long-distance relationship, rest assured that, if his heart is in it, he will be too.

Be a positive impact

Scorpio men enter relationships because they believe that it will help them grow in one manner or another. Although you may not know exactly how you are influencing him in this way, do your best to be a positive impact on him, and help him experience successes in his life.

Also Read -   Clever Ways to Make Money on the Side in 2021 - How to make side money?
Powered by Inline Related Posts
previous post

Relationships and Loneliness in the Time of Covid-19

Things to consider as you get older!