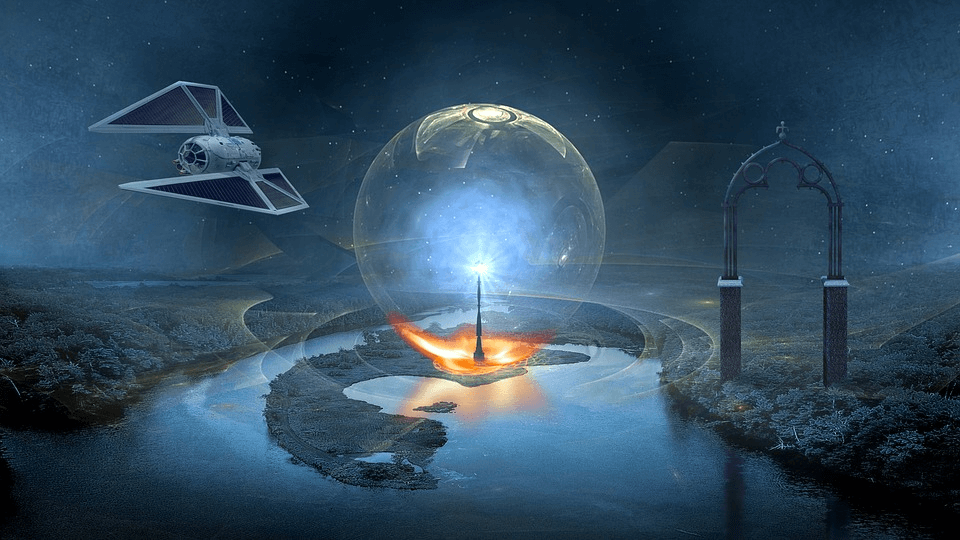 The invention of a submarine was inspired by a science fiction novel. Simon Lake was inspired by Jules Verne’s, Twenty Thousand Leagues Under The Sea. Fascinated by the idea of designing something that could travel under the sea, He finally designed the first model and submitted plans to the Navy in 1892. He built his first experimental submarine “The Argonaut Junior” in 1894. The success of the first submarine led to the formation of the Lake Submarine Company of New Jersey in 1895. The company built the submarine “Argonaut” which was the first submarine to operate successfully in the open sea in 1898. Simon Lake earned a congratulatory message from Jules Verne for implementing his idea. The invention of the cell phone was inspired by the American science fiction television series “star trek”. Martin Cooper from Motorola was inspired by a communicator shown in the 1960 TV series. The first handheld device was produced by Motorola company in 1973 and first mobile call by done by Martin Cooper to his rival Dr. Joel S. Engel who worked at Bell Labs. The invention and design of the first helicopter was inspired by novel “Clipper of the Clouds” written by Jules Verne’s, who is also referred as “Father of Science Fiction”. Igor Sikorsky, the designer of world’s first practical helicopter, read the book when we were young. the VS-300, The first working prototype helicopter was invented by Igor Sikorsky in 1939. Sikorsky is considered as the aviation pioneer of helicopters and fixed-wing aircraft. The idea of the first liquid-fueled rocket was inspired by 1897 science fiction novel “War of the Worlds” written by H. G Wells. The novel was about Martian invasion. Robert H. Goddard was impressed with the concept of interplanetary travel in the book.  Goddard successfully launched the first rocket on 16th March 1926. Dr. Robert Hutchings Goddard is now considered as the father of modern rocket propulsion. The invention of atomic power was inspired by the 1913 science fiction novel “ The World Set Free” written by “H. G. Wells”. The book is based on the theme of a peaceful world and the use of nuclear power as an energy source. Leo Szilard, American physicist read the book in 1932 and He was inspired to solve the problem of creating a nuclear chain reaction and to use the atomic power for energy generation. He was ready with the working design in 1993. Szilard was honoured with the Albert Einstein Award and Atoms for Peace Award. The idea of a Taser gun was inspired by the stun gun used by Tom Swift, the protagonist of a series of science-fiction books written by “Victor Appleton”. The books were meant for children in the early 1900’s. “Victor Appleton” was a fictional name used by many ghostwriters. Jack Clover, a NASA physicist was inspired by the “Tom Swift and his Electric Rifle” and invented the Taser. Clover used to love the series and he named his invention based on the series. Taser is actually for “Thomas A. Swift’s Electric Rifle.” Taser guns are categorized as nonlethal weapons and only certain officers have authority to use it. The idea of hoverboard was inspired by Marty McFly’s hoverboard. Martin McFly is a fictional character and the main protagonist of the Back to the Future trilogy, an American science fiction, and adventure comedy film series written and directed by Robert Zemeckis. In 2014, Greg Henderson designed a prototype hoverboard working on a magnetic levitation principle inspired by “Back to the Future”. the hoverboard requires a surface of the non-ferromagnetic metal such as copper or aluminium to function.

The development of flying cars has been inspired by many science fiction movies like The Jetsons, The Fifth Element, Star Wars, Back to the Future II and Blade Runner.  The work on real flying cars started in 2000 and now there are many working prototypes of flying car technology. In March 2018, A Dutch company“PAL V”  started taking orders for the first commercially available flying car. Owners will need a pilot’s license to drive flying cars and first delivery of flying car has been scheduled for 2019. The concept of the world wide web was inspired by a short story, “Dial F for Frankenstein” written y “Arthur C. Clarke ” in 1964. The short story featured networking of computers and sharing of data between computer through networks. Computer scientist Tim Berners-Lee invented the world wide web and first public version of the web was launched by him in 1989. Lee is also known as the father of the web.

The idea of the tablet was inspired by “flat touchscreen control panel” called personal access display device used by all characters in Star Trek: The Next Generation. The modern design of the tablet was inspired by this fictional device. In 2010 when iPad was introduced, Steve jobs compared functionalities of iPad to the device shown in the movie “Star Trek: The Next Generation”. Later on, all tablets design were based on the gadget shown in science fictional movie. Do you know any more inventions which were inspired by science fiction movies, let us know in the comment section.

21 Photo Editing Apps that you may want to Try your Hands On!

Awesome issues here. I am very satisfied to look your post.
Thanks a lot and I am looking forward to touch you. Will you please drop me a mail?

This post actually made my day. You can not imagine just how much time I had spent for this info!
Thanks!

P.S. Where I can get XEvil4.0 for free?
It’s best captcha solver, included Google ReCaptcha.
Need it for white SEO. Thanks.