As per Hindu Epic Ramayana, Ram Setu bridge was built by Vanara Army so that Lord Rama and his army can cross the ocean to reach Lanka. Nala is the Vanara, who is credited as the engineer of the Rama Setu, a bridge across the ocean between Rameswaram and Lanka. The bridge is also known as Nala Setu, the bridge of Nala. However, Hindu Epic Rama Charita Manasa credits Nala and his brother Nila both for the bridge’s creation.

WHO BUILT RAM SETU AND WHY IT WAS MADE?

As per Ramayana, Sita (the wife of Lord Rama) was kidnapped by Ravana, the rakshasa (demon) king of Lanka. Rama and him vanara army reached the end of land and They had to cross the ocean to reach Lanka. Rama worshipped Varuna (the god of the ocean) and requested him to make the way for his army. When Varuna did not pay any attention to Lord Rama’s call, Rama started shooting various weapons at the sea which made the sea to dry. Varuna was scared and he pleaded to Rama and said He cannot provide the way for his army but he has the solution that may help. He told Rama that Nala, which is one of his vanara armies has the necessary expertise of an architect to build the bridge. Nala is the son of Vishwakarma ( the architect of the gods). Varuna suggested that Rama should construct a bridge across the ocean to Lanka under the supervision of Nala. Varuna also told Rama that both Nala and Nila possess the ability to make stones float on water. Nala volunteers for the task. The vanaras threw stones with “Jai Shri Ram” written on it in the sea and stones started floating in the sea. It is said that Nala completed the 130 km bridge in just five days With the help of the vanara army. WHAT DOES GOOGLE MAP SAY ABOUT RAM SETU BRIDGE? 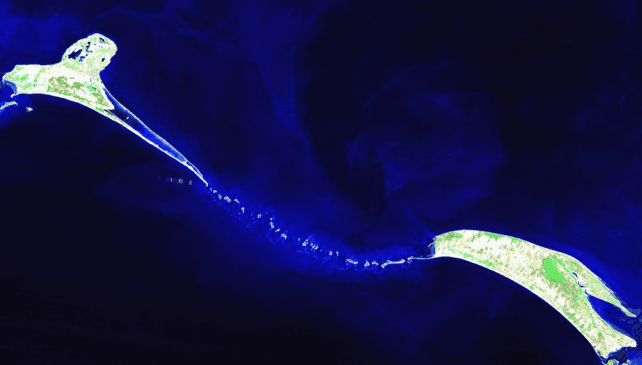 The bridge is about 50 kilometers long. Some of the sandbanks in the bridge are dry and the sea near the bridge is very shallow. The sea is only 1 to 10 meters deep in places which makes navigation very hard in the area. It was reportedly passable on foot up to the 15th century until storms deepened the channel.


What is the real truth behind the floating stones?

Some such stones were found scattered at Rameswaram after the Tsunami in 2004. It is said that these stones still float on water. 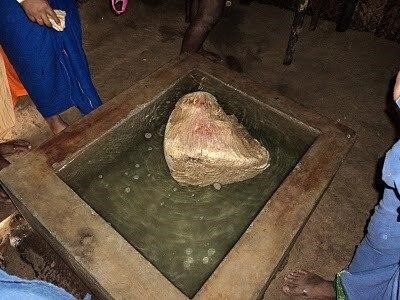 Many theories tried to prove that these stones are a natural phenomenon but could not hold the ground for long.

Theory 1:  As per NASA reports these stones are coral stones.

Theory 2: The stones are a part of Volcanic ash, they have trapped air inside and hence they float.

The stones found near Rameshwaram have been analyzed and they do not have trapped air inside.

Theory 3:  These stones have been made of Pumice, a kind of Rock made of Lava and water. Pumice is one such stone that floats on water.

There has been no known instance of Volcano having been near Rameswaram.

Theory 4: The Floating stones of Ram Setu are of different Chemical composition hence they float.

They have been checked and it was found that they have the same physical and chemical composition of normal stones.

Is Ram Setu myth or man-made?

There have been various researches which showed that that Ram Setu was real as per Hindu Epic Ramayana and provided geological evidence. Recently science channel used satellite imagery from NASA and other pieces of evidence to prove the existence of Ram Setu. The promo explains that the rocks connecting India and Sri Lanka are sitting on a sandbar, also known as a shoal and the investigators believe that the sandbar is natural, but the stones sitting on top of that sandbar, are not. Scientific Analysis also revealed that rocks or stones in Rama Setu are 7000 years old while the sandbar on which rocks are lying is only 4000 years old. This suggests that this structure is not natural and was made by human only.

Are the ancient Hindu myths of a land bridge connecting India and Sri Lanka true? Scientific analysis suggests they are. #WhatonEarth pic.twitter.com/EKcoGzlEET

So, what do you think? Share your opinion in comments.