‘ENVIRONMENT’ has been a vital part of our lives and will continue to be so. In the past few decades , commendable success has been achieved when it comes to raising awareness and environment sensitization.One such step includes celebration of World Environment Day or WED. An initiative by United Nations its celebrated on 5th June. Its prime motto to encourage people all over the world to pledge and act for protection and development of Earth,that we all share. As the 46th World Environment Day approaches,we look at the timeline and few amazing facts about it. 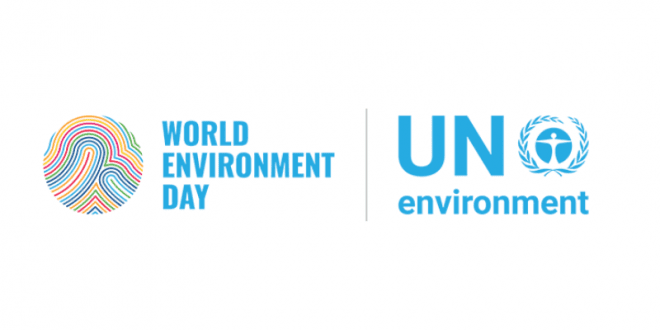 1974: The Beginning of World Environment Day

World Environment Day was established in 1972 during the United Nations Conference on Human Environment which lead to creation of the United Nations Conference on Human Environment,which lead to creation of UNITED NATIONS ENVIRONMENT PROGRAMME (UNEP). The concept of World Environment Day or WED was established with the aim of spreading awareness about degrading environmental conditions and unstable ecological footprints as well as attract Government and individual attention towards the issues concerned with environment and its sustainable growth. Two years later for the first time in 1974, the members of United Nations came together to celebrate the very first World Environment Day in Spokane, United States  with the theme “ONLY ONE EARTH”. For the subsequent years the scale of these celebrations was further enhanced and new themes were explored such as “human settlements” in 1975 , “Water: Vital resource for life” in 1976, “Ozone Layer Environmental Concern” in 1977 and so on.

A revolutionary idea of rotating the center of activities taking place under the World Environment Day Campaign by selecting a different host country each year was implemented first in 1987. This has ensured greater participation of local Government ,industries ,communities and individuals at each levels. The 1987 World Environment Day was celebrated with the host city as Nairobi , Kenya. The next years involved various host countries all around the globe including Kenya, Thailand , Belgium, Mexico and Sweden respectively . At present with an outreach over 143 countries WED has successfully established itself as a global platform for a wide public outreach. 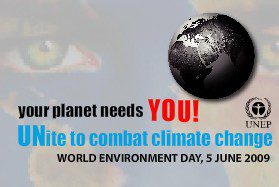 Every year a separate theme is zeroed in upon for celebration of World Environment Day. These themes are under seven broad thematic areas which are Climate change, Disasters & Conflicts , Ecosystem Management, Environmental Governance , Chemicals & waste , Resource Efficiency , Environment Under Review. These themes ensure that people are  aware about all aspects of environment conservation. The aim of World Environment Day is to bring together people at local , national and subsequently global level to evaluate , aim and act. Concepts of sustainable development ,renewable energy utilization , greener technology for industries are out there waiting to be explored as well as improvised. At present in 2019, 143 countries have joined the platform and the number will increase every year. An official Earth Anthem was penned by Indian diplomat & poet Abhay K and was launched in June 2013.The anthem received a lot of love & appreciation from UNESCO as well as people all around the world.

First of its kind in South Asia, the anthem has been translated in Hindi,English,Nepali,Pashto , Urdu ,Sinhala , Dzongkha and Dhiveli, languages spoken in South Asian region.

In 2018 the WED celebrations were truly special for us as for the first time India had the honour of being Global Host country with the theme ‘BEAT PLASTIC POLLUTION’. The Indian Government committed to organize celebrations at various Indian cities with Delhi being the center of celebrations. 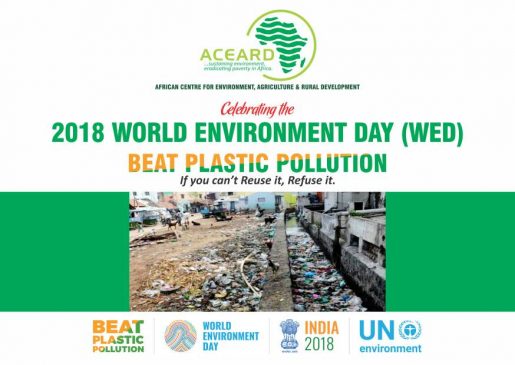 Some major highlights of the 2018 WED celebrations in India included:-

2 ) Ecofriendly food packaging by Indian Railways:- Minister of Railways and Coal , Piyush Goyal tweeted about fully biodegradable food packages in 4 Shatabdi and 4 Rajdhani trains from Delhi. This is indeed a small but significant step for a greener planet.

3) Various political personalities, Bollywood celebrities , cricketers too joined the bandwagon on social media encouraging their followers to adapt eco-friendly products in their day to day lives.

As the 46th World Environment Day approaches, the theme for 2019 is ‘Air Pollution’. The host country is China . According to statistics recorded by UN approximately 7 million people worldwide die prematurely due to air pollution with about 4 million of these deaths in Asia-Pacific. WED 2019 aims to bring people together and be the driving force for the change to improve air quality in regions all around the world.

Reducing air pollution can be rapid.
In only 5 years, annual fine particle levels in Beijing’s air fell by 35%.
Find out the key🔑steps for this success 👇
Let's #BeatAirPollution for #WorldEnvironmentDay pic.twitter.com/E0pmpMrGOx

– Some other eye opening statistics regarding air pollution include:-

– 92 percent of people worldwide do not have access to clean air for breathing.

– These statistics by UNEP highlight the urgency for action against air pollution.

How you are going to celebrate World Environment Day? Let us know in the comments section!