96 is a 2018 Indian Tamil-language romantic drama film starring Vijay Sethupathi and Trisha Krishnan. The film will be remade in Kannada as 99 starring Ganesh and Bhavana

Ramachandran aka Ram (Vijay Sethupathi) is a happy-go-lucky freelance photographer. He visits his high school during a trip and is overcome by memories. A reunion is fixed through their school WhatsApp group. The movie shift’s to Ram’s 10th standard days. Jaanu is a talented singer.  Jaanu arrives at the reunion and hesitatingly searches for Ram. A separated love story with a practical and optimistic plot line.

A story of love, separation, longing and practical life Set on the fictional Central American island of Isla Nublar, off the Pacific coast of Costa Rica, it follows Owen Grady and Claire Dearing as they rescue the remaining dinosaurs before a volcanic eruption destroys it.

Follow the modern Jurassic dinosaurs in the dystopian setting with utopian minds. Mission: Impossible – Fallout is a 2018 American action spy film. It is the sixth installment in the Mission: Impossible film series. Ethan Hunt and the IMF team join forces with CIA assassin August Walker to prevent a disaster of epic proportions. Arms dealer John Lark and a group of terrorists known as the Apostles plan to use three plutonium cores for a simultaneous nuclear attack on the Vatican, Jerusalem, and Mecca, Saudi Arabia. When the weapons go missing, Ethan and his crew find themselves in a desperate race against time to prevent them from falling into the wrong hands.

A film to break all the missions called impossible. An impossible to resist thriller which makes it one of the best to enter into Top 20 films of 2018. Bumblebee premiered in Berlin on December 3, 2018, and was released in the United States on December 21, 2018. The film has grossed over $364.8 million worldwide and received positive reviews from critics which makes it essential to be in the Top 20 films of 2018, who praised the action and Steinfeld’s performance, as well as the 1980s setting and sense of nostalgia, with many calling it the best installment of the Transformers franchise.

A film that generates life into all the machine. A film of a fight among the prejudice, trust, and love. Ready Player One is a 2018 American science fiction film produced and written by Zak Penn and Ernest Cline, based on Cline’s 2011 novel of the same name. The film takes place in 2045 when much of humanity uses the virtual reality software OASIS to escape the desolation of the real world. Orphaned teenager Wade Watts (Sheridan) discovers clues to a hidden game within the program that promises the winner full ownership of the OASIS, and joins several allies to try to complete the game before a large company run by businessman Nolan Sorrento (Mendelsohn) can do so.

A film of game and gamer in the real body and soul. Deadpool 2 is a 2018 American superhero film based on the Marvel Comics character Deadpool, distributed by 20th Century Fox. It is the eleventh installment in the X-Men film series and a direct sequel to the 2016 film Deadpool. In the film, Deadpool forms the X-Force to protect a young mutant from the time-traveling soldier Cable.

Mutation thriller of legending character among the pool of death. Thousands of years ago, five African tribes war over a meteorite containing vibranium. One warrior ingests a “heart-shaped herb” affected by the metal and gains superhuman abilities, becoming the first “Black Panther”. He unites all but the Jabari Tribe to form the nation of Wakanda.

In the present day, following T’Chaka’s death, his son T’Challa returns to Wakanda to assume the throne.

By the end, T’Challa appears before the United Nations to reveal Wakanda’s true nature to the world. In a post-credits scene, Shuri helps Bucky Barnes with his recuperation.

Black Panther grossed $700.1 million in the United States and Canada, and $646.9 million in other territories, for a worldwide total of $1.347 billion.

A film worth into the world away from urban crisis, deep into the eco-lands of panther inheritance. 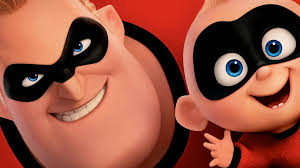 Incredibles 2 is a 2018 American computer-animated superhero film produced by Pixar Animation Studios and distributed by Walt Disney Pictures. Written and directed by Brad Bird, a sequel to The Incredibles (2004) and the second full-length installment of the franchise.

The story follows the Parr family as they try to restore the public’s trust in superheroes while balancing their family life, only to combat a new foe who seeks to turn the populace against all superheroes. Craig T. Nelson, Holly Hunter, Sarah Vowell, and Samuel L. Jackson reprise their roles from the first film; newcomers to the cast include Huckleberry Milner, Bob Odenkirk, Catherine Keener, and Jonathan Banks. Michael Giacchino returned to compose the score.

Best of animation story one could ever watch. Ant-Man and the Wasp is a 2018 American superhero film based on the Marvel Comics characters Scott Lang / Ant-Man and Hope van Dyne / Wasp. Produced by Marvel Studios and distributed by Walt Disney Studios Motion Pictures, the sequel to 2015’s Ant-Man, and the twentieth film in the Marvel Cinematic Universe (MCU).

In Ant-Man and the Wasp, the titular pair work with Hank Pym to retrieve Janet van Dyne from the quantum realm.

Try the changing mass of ant man and look the world for what it really is. A film with a marvelous twist of science, fantasy and reality for the best outcome. Avengers: Infinity War is a 2018 American superhero film based on the Marvel Comics superhero team the Avengers, produced by Marvel Studios and distributed by Walt Disney Studios Motion Pictures. It is the sequel The Avengers and Avengers: Age of Ultron, and the Marvel Cinematic Universe (MCU). In the film, the Avengers and the Guardians of the Galaxy attempt to stop Thanos from amassing the all-powerful Infinity Stones.

Check out the lives of all the heroes under the greatest villain of the whole universe.

This list can go on and everyone has their own choice of favorite rank list, suggestions are welcomed, do lets us know your favorites in the comment section.