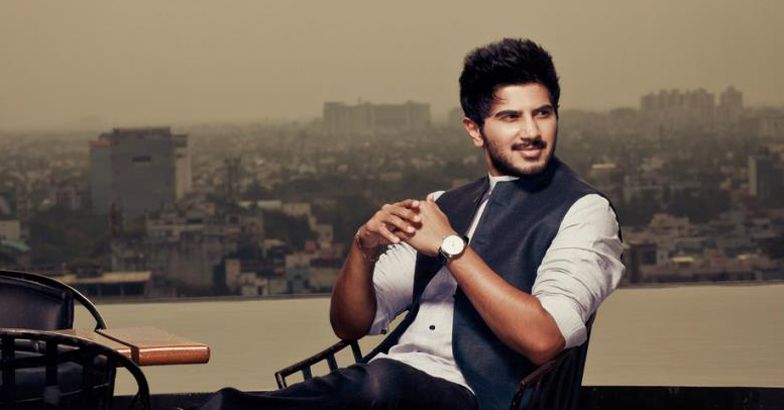 In this article, we are going to see the best movies of Dulquer Salmaan. Dulquer Salmaan is an Indian actor and film producer who predominantly works in Malayalam language films. He also worked in Tamil, Telugu and Hindi films. He is the son of actor Mammootty. Furthermore, he did his acting course at the Barry John acting studio, and then he made his debut in the 2012 with action-drama movie “Second show”, for which he received the Film fare award for the Best male debut. His style, charisma, hot look and good personality have helped him to take place in the hearts of the audience.

Dulquer Salmaan has also been part of a couple of Bollywood movies, including Irrfan khan starred Karwaan & along with Sonam Kapoor in Zoya factor. This year, he is also seen with Sunny Deol in chup, a psychological thriller directed by R. Balki. He has been praised a lot by the critics for his performance in the movie Chup. He has delivered many blockbusters across all film industry. If you are a fan of movies and looking for some new films, here are the 20 Dulquer Salmaan movies not to be missed at all.

Njaan is an Indian Malayalam language movie by director Ranjith with Dulquer Salmaan in the lead role. The movie is based on the novel KTN that is Kottur Ezhuthum Jeevithavum by T. P. Rajeevan, which tells about India’s freedom struggle and depicts a history of a Kerala village. This film revolves around Dulquer ( Ravi) obsession and fascination with Kottur. So. Inspired by the life and perceptions of Kottur, Ravi decides to write a play and presents Kottur’s life to his fellow theatre artist.

Comrade in America, shortly as CIA is a 2017 action with adventure film by Amal Neerad. The film revolves around the story of Aji, a communist from Kerala who travels to the United States illegally to find his girlfriend.

Theevram is an action thriller film directed by Roopesh Peethambaram in his directorial debut. This film has two plots, one set in the present and the other about five years back. This movie is about the outburst of a young man towards the legal system.

100 days of love is a romantic comedy film by debut director Januse Mohammed Majeed. The film stars Dulquer salmaan and Nithya menon in lead roles. The story is about a guy who falls in love with his schoolmate when they meet after many years. But his happiness is short-lived when he learns that she is engaged to someone else.

Jomonte Suvisheshangal is a family movie directed by Sathyan Anthikad. The story is about Jomon, a young man, sells his father’s shop to invest in a new venture with a friend. Then he learns the harsh realities of life and becomes more responsible after his business fails.

ABCD: American born confused desi is a comedy film directed by Martin Prakkat stars Dulquer Salmaan, Jacob Gregory, Aparna Gopinath, Tovino Thomas in a lead. The story deals with the journey of two young American Malayalees to Kerala. So, the title matches the film. When both get into trouble there, they must rebuild their lives from the problems.

Vaayai Moodi Pesavum is a Tamil romantic comedy film by Balaji Mohan. This movie was filmed simultaneously in Tamil, Malayalam, the latter being titled Samsaaram Aarogyathinu Haanikaram which means Speaking is injurious to health. The story is about the people of the Panimalai hill station who are in trouble as the government has banned speaking to control the spread of the ‘dumb flu’ virus that spreads only through speaking.

Vikramadithyan is a comedy film directed by Lal Jose. The film stars Dulquer Salmaan, Unni Mukundan, Namitha Pramod in lead roles, also Nivin Pauly did a cameo appearance in it. The story is about Adithyan, the son of a disgraced thief who committed suicide, who must fight all the odds and compete with Vikraman for the post of a police officer.

Kali is a 2016 action film directed by Sameer Thahir, starring Dulquer Salmaan and Sai Pallavi in lead. This is the second collaboration of Thahir and Dulquer, after Neelakasham Pachakadal Chuvanna Bhoomi. The story is about Siddharth often has problems with his wife Anjali due to his short temper. But things take an unexpected turn when they get involved with a gangster.

Varane Avashyamund is a comedy film directed by Anoop Sathyan as his debut. The Story is about Neena, a French tutor and single mother who lives with her daughter who is trying to find a groom for herself. Soon, their lives change when a retired army major and a young man move into their building.

The Impact of Hollywood on Mental Health Stigmas