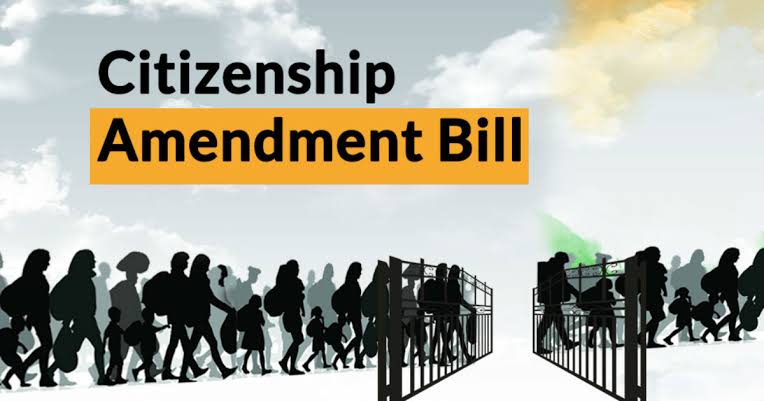 ASSAM – ONE OF THE SEVEN SISTERS:

Assam is one of the northeastern states i.e. is so-called one of the seven sisters. Currently, it has been in the tussle i.e. are people of the state are facing the problem of citizenship. Even our former chief justice Ranjan Gogoi is from the state of Assam. The NRC exercise was first carried out in Assam as per Supreme Court orders.

Chief Justice Ranjan Gogoi described Assam as an ancient land unrivalled in its beauty and endowed with diversity. “A meeting place of many races and ethnic groups each contributing to the rich tapestry of cultures, languages.”

NATIONAL REGISTER FOR CITIZENS OF INDIA:

During the 1951 census under a directive of the Ministry of Home Affairs, a National Register of Citizens was prepared which consists of the information of the each and every person of all the villages.

Rule 4A of the Citizenship (Registration of Citizens and Issue of National Identity Cards) Rules, 2003 says:

The above special provision rule 4A has been enshrined on the account of the provisions which are contained in the Section 6A of the act which are enumerated to grant the citizenship to persons covered by the Assam accord.

All persons of Indian origin who had come to the State of Assam before 1st day of January, 1966 from the specified territory (defined as territories included in Bangladesh) immediately before the commencement of the Citizenship (Amendment) Act, 1985, including such persons whose names were included in the electoral rolls for purposes of the General Election to the House of the People held in 1967, and who have been ordinarily resident in Assam since the dates of their entry into Assam are deemed to be citizens of India as on and from 1st day of January, 1966.

ORIGIN OF THE MOVEMENT:

In 1979 a large influx to the state in other words illegal immigration to the state of Assam has led to the agitation or popular movement in the state. The Assam student union has played a major role in this movement. The union has demanded the government to solve the issue. But the Assamese politicians has failed to compel the central government to promote and to protect Assamese interests and this failure led to the rise of grassroots organisations which are formed for maintaining the status and position of the Assamese in Assam.

The AASU’s main demands are:

1. The detection of foreign nationals on the basis of the 1951 national register of citizens

2. The deportation of foreign nationals

In the meantime the elections are scheduled for the legislative assembly of Assam and AASU has campaigned for the postponement of the elections until the foreigner issue was resolved. Despite these demands and agitations the parliament has ignored the demands and decided to elect a new representative

So AASU has responded by protesting against the legitimacy of the elections which has resulted in a meeting between the central government and the AASU. And when Prime Minister Indira Gandhi met AASU she insisted that the cut off year is 1971 and not 1951 for determining the foreign national.  But AASU insisted it as the cut off year should be 1951.

So for this continuing influx of illegal migrants from Bangladesh into Assam, the All Assam Students Union (AASU) has first submitted a memorandum to the then Prime Minister of India (in 1980).

As a result of such representations, Parliament has enacted the Illegal Migrants (Determination by Tribunal) Act, 1983. This Act was made applicable only to the state of Assam and was expected to be a measure which speeded up the determination of illegal migrants in the State of Assam with a view to their deportation.

But the people of Assam are not satisfied with this parliamentary measure so an accord was signed which is known as the “Assam Accord” on 15th August 1985 between the AASU, AAGSP and the Central and the State Governments.

The Assam NRC list of 2019 which was published on August 31 in this year has excluded more than 19 lakh people from the final list among more than 3,30,27,661 people (3 core population) of the state.

So Assam government has notified setting up of 200 more appellate foreigners tribunals for hearing of appeals of people excluded from the final list.the facilities to be set up in all 33 districts of the state will be in addition to the existing 100 foreigners tribunals it also notified that the appeal against the exclusion from the NRC within 120 days of the publication of the final list.

A draft version of the NRC released in July has excluded more than 40 Lakh people in other words 12.15% of the state’s population. And in the list which has been published online, that number came down to 19 lakh and in future, it may be reduced if the citizenship has been proved before the foreign tribunals which are the quasi-judicial bodies. Those who want to file appeals can stay back in the country and the rest has been shipped off to the country’s first detention centre in Goalpara district of Assam.

India has defended its move to compile an NRC in Assam before the UNHRC stating it as a transparent move. One of the diplomats has stated that NRC is a statutory, transparent and non-discriminatory legal process which is being monitored by the supreme court.

The Supreme Court-monitored citizen’s list exercise was aimed at determining who was born in Assam and who came from Bangladesh or other neighbouring regions. Those who can prove they were residents of Assam up to midnight on March 24, 1971 – a day before Bangladesh declared its independence from Pakistan – are considered citizens by the NRC. Many families fled across the border into India to live in Assam at the time.

The election commission has stated that the registered voters in the state of Assam who are not included in the National Register of Citizens (NRC) will not be marked “doubtful” and they can continue voting in the elections until a Foreigners’ tribunal takes a decision on their case. And also stated confirmed that registered voters left out of the revised citizens’ list will not be declared “doubtful” and can vote until they are deemed, foreigners.

Doubtful or “D” voters are a category in Assam whose citizenship is uncertain or under dispute. The category had been introduced by the Election Commission in 1997 while revising the voters’ list in the northeastern state.

The union home ministry Amith shah had clarified that the absence of names in the NRC does not amount to them being declared foreigners; they have a window to prove their citizenship before tribunals.

The exercise of the citizen’s list which is monitored by the Supreme Court was aimed at determining who was born in Assam and who came from Bangladesh or other neighbouring regions. Those who can prove they were residents of Assam up to midnight on March 24, 1971 — a day before Bangladesh declared its independence from Pakistan – are considered citizens by the NRC. Many families fled across the border into India to live in Assam at the time.

Union Home Minister Amit Shah told the Rajya Sabha that “the process of National Register of Citizens (NRC) will be carried out across the country and no one, irrespective of their religion, should be worried.”

The new idea was accepted by few states but few have refused to accept. It was also stated that there will be no any atmosphere of “confusion or fear” over the National Register of Citizens (NRC) as it does not pose a threat to the citizenship of Indianseither based on the religion or based on the territory.

REFUSAL AND ACCEPTANCE OF THE STATES: