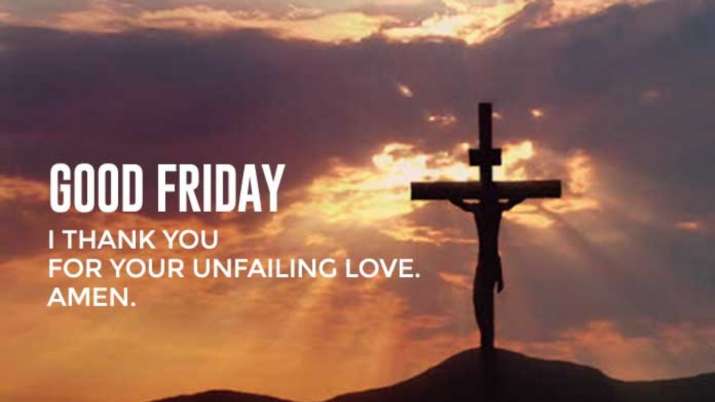 Good Friday is a religious holiday observed annually by Christians to remember crucifixion of Jesus Christ. Good Friday (also known as Holy Friday, Great Friday and Black Friday) is the Friday immediately preceding Easter Sunday. It is considered “good” because it led to resurrection (coming back to life after death) of Jesus Christ.

When is Good Friday celebrated?

Its date may vary every year based on when Jewish Passover takes place. Good Friday falls between March 20th and April 23rd according to Jewish lunisolar calendar. It’s written in New Testament of The Bible that Jesus’s Last Supper was a Passover meal, which he shared with his apostles (each of the 12 disciples of Jesus). Washing of feet took place and Jesus first presented the Christian Rite of Eucharist, which is now practiced as a holy communion. Christians celebrate this day as Maundy or Holy Thursday.

Judas, one of the disciples of Jesus, betrayed him shortly after the Last Supper. Because of this, he was arrested by temple guards in the Garden of Gethsemane and was crucified by Pontius Pilate (fifth governor of Roman province of Judaea) over accusations that Jesus claimed to be the son of God (Though Christians now believe that Jesus is the son of God and their Messiah). The high priests and people of his time believed that this was blasphemy and deserved a death sentence. Christ was flogged, made to wear a crown of thorns, and eventually crucified alongside two common criminals. It is believed that when Jesus gave up his spirit, an earthquake took place.

The Passion of Christ

It was estimated by scholars that crucifixion took place on a Friday in year 33 AD and Jesus remained on the cross from 9 a.m. to 3 p.m. The whole of his sentencing and suffering is known as The Passion of Christ.

What do people do on this day?

On this day, Brethren observe fasting, prayer; attend the Adoration and Holy Mass in Church, remembering Jesus Christ’s suffering. Many church services are held in afternoon to pay tribute to The Passion when Jesus was hung on the cross. Processions are held in many countries such as Italy, India, Malta, The Phillipines and Spain. In countries like Belgium and Mexico, churches are draped in black on Good Friday in memory of Jesus’s suffering on cross. Many Christians in Poland fast on dry bread and roasted potatoes. An air of sadness is felt in many towns and villages to remember the sufferings of Jesus on this solemn day.

Do not wish a friend “Happy Good Friday”

This day is called “Good” because of what Jesus Christ did to show his love for the humankind. Just because Good Friday has a good in it, one must not wish a Christian friend a Happy Good Friday, as Jesus was mocked, flogged and crucified for the sin of all mankind. This is a mourning day for Christians. It is not a day of celebration but a day of remembrance of the pain and offer gratitude towards the sacrifices that Jesus made for mankind.

The end of Lent

The day after Good Friday is the last day of Holy Week. Holy Saturday marks the end of Lent (a forty day period of penance and fasting and season of preparations before celebration of Easter) which is a time for fasting, self-denial and for repentance of sins. It also symbolises the period between Jesus’s death and his resurrection.

What does Good Friday teach?

Christ’s death on the cross is regarded as the supreme sacrifice. The crucifixion and the following resurrection are widely regarded as the triumph of good over evil. Whether or not Christians choose to celebrate Good Friday, the events of that day should be ever on our minds because death of Jesus Christ on the cross is the paramount amount of Christian faith and for the sake of all mankind.

34 who will mock him and spit on him, flog him and kill him. Three days later he will rise

6 You see, at just the right time when we were still powerless, Christ died for the ungodly. 7 Very rarely will anyone die for a righteous person, though for a good person someone might possibly date to die. 8 But God demonstrates his own love for us in this. While we were still sinners, Christ died for us. 9 Since we have now been justified by his blood, how much more shall we be saved from God’s wrath through him! 10 For if, while we were God’s enemies ,we were reconciled to him through the death of his Son, how much more, having been reconciled, shall we be saved through his life.

24 “He himself bore our sins” on his bod, on the cross, so that we might die to sins and live for righteousness, “by his wounds you have been healed”.

Benefits of Playing on Safe and Secure Online Casino Sites

What a beautiful use of words and grammer.
May God bless us all.
Happy Mery Good Friday!
Amen!