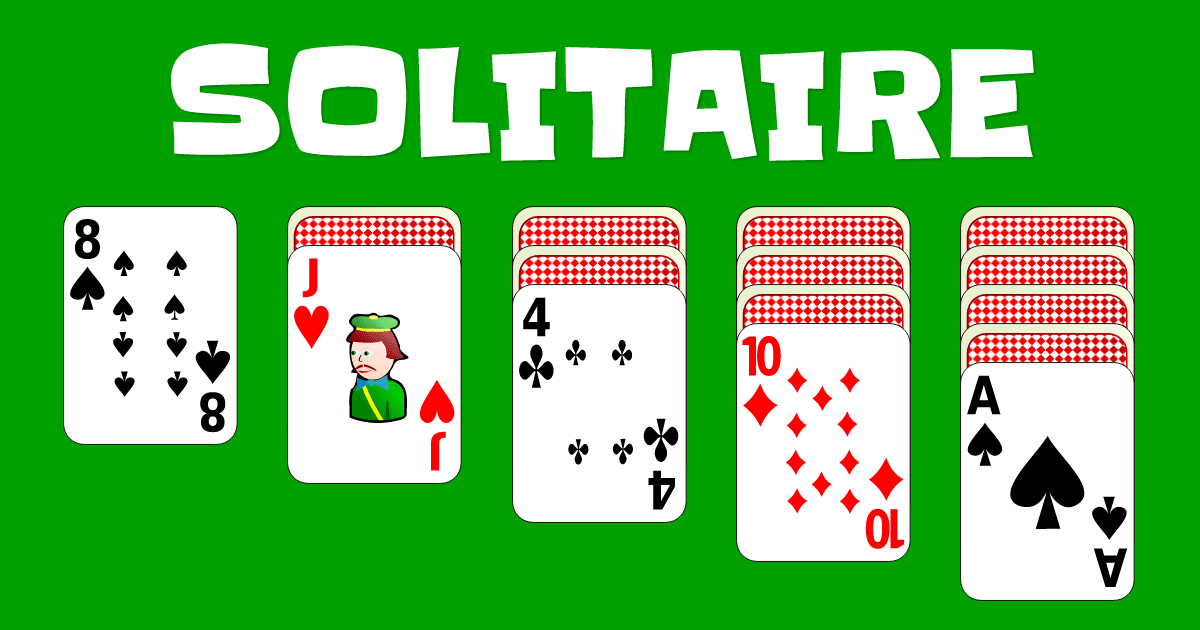 Solitaire is, hands down, the most popular card game. You can play free solitaire online, or you can enjoy the old-fashioned way with a good old deck of cards. You don’t even need an opponent! There are lots of specific rules, though, which makes solitaire a challenge to learn and play. But once you have the basics down, playing will be fast, easy, and fun.

Read on to discover how many rows in solitaire, as well as some of the more popular variations.

Regular or Klondike, solitaire is an old game – its origins trace to hundreds of years ago. Klondike uses a standard deck of cards with the jokers removed, which leaves you with 52 cards. Deal seven rows of cards, face down. On your next deal, place the first card face up, and deal the remaining six face down. Continue like this until you’ve delt out all seven rows in ascending order, where the first row has one card facing down, the second has two, and so on. Reserve the rest of the cards to use as stock.

You will also want to keep four spots above the rows to use as home stacks. As you clear your cards, you can use your home stacks to move cards from the stockpile or the rows. Cards are put in the home stacks by suit, aces through kings. The object of basic solitaire is to use your home stacks, stockpile, and rows to clear and sort all the cards into their four suits.

When you play solitaire online, of course, all of the card handlings is done for you. That doesn’t mean it’s easier to win – it just means that your stacks stay nice and neat, and you don’t need to waste time dealing with the cards.

When Rows (and Rules) Get Tricky

Once you understand the basic solitaire layout, it is easier to play more advanced versions. That said, some variations of solitaire bear little resemblance to the original. Clock solitaire is laid out in a circle to look like the face of a clock, with 13 “rows” of four cards each, no home stacks, and no stockpile. Freecell is dealt in eight rows, all facing up. Spider solitaire uses ten piles and no home stacks. Pyramid solitaire doesn’t even use rows! Instead, six cards are dealt into a pyramid and cleared two at a time as long as the sum of both cards equals 13.

You can even play solitaire with two decks of cards. While less common than single-deck solitaire, two-deck games often require a little more strategy in setup and gameplay. Most of these two-deck games have the same basic layout as Klondike, such as Alhambra and Algerian patience. But a few of them take full advantage of using two decks. Some of the more obscure and wild tableaus include Crescent, where the cards are arranged in a half-circle, Virginia Reel, and Royal Cotillion.

Some online-only two-deck games take features from multiple versions and combine them for a true challenge. Demons and Thieves, Aces and Kings, and Antares are all new games that combine tableaus from two or more solitaire versions into games that are equal parts chance and strategy.

Solitaire has loyal fans and players all over the world for a reason. The biggest plus to learning solitaire is the fact that once you master Klondike, you can play any variation. Even though the tableaus may look different, they all act essentially the same. So grab a deck or two or head online and lose yourself in cards for a little while!