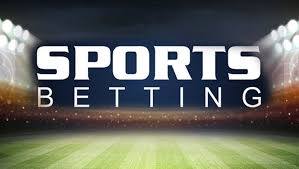 The increase in people using online betting sites like online kaszinók has soared in recent years. While it may seem like poker, slots and other games have taken over, the world of sports itself is still king in the gambling world.

When you look at the figures involved it is clear that sports betting is big business.

In terms of revenue, sports betting, along with lotteries, took in more than $218 billion and the activity involves more than 30,000 businesses worldwide.

These businesses include sportsbooks, or bookmakers, land-based and online casinos, and in-arena and Tote betting. What makes this figure so impressive is the sheer number of countries that ban sports betting. With so many states in the US not allowing sports betting, and countries such as China, Thailand, Malaysia, and India banning the majority of sports bets there is a huge, largely untapped market.

While many regions ban sports betting there are also rules for some athletes. Some sports allow gambling, others discourage it, and some outright forbid it with heavy penalties for perpetrators. The question for athletes themselves is if gambling is legal, is it ethical to do so, or should sportspeople and betting be separated?

What can go wrong when athletes gamble?

The first concern when anyone mentions gambling and a sporting event is often match-fixing. Even though it was more than 100 years ago, the Black Sox Scandal still reverberates around the world of Baseball. The story has been immortalized in the Hollywood movies Eight Men Out, and to some degree, Field of Dreams.

The story of the Black Sox is now infamous and involved several White Sox players throwing the World Series in 1919 for a cash payment. Although the players themselves didn’t place bets, match-fixing is one of the reasons that many sports associations don’t want betting to be allowed.

Another risk when sportspeople gamble is that it can affect their performance and their discipline.

Gambling can affect an athlete’s performance

Sportspeople are often paid vast sums to perform and compete. Professional sports are big business and when an individual is on the pitch, in the ring, or the octagon, they have certain obligations.

Athletes and fighters have an obligation to their teammates, their coaches, their clubs, their sponsors, their fans, and themselves. While advances in technology may help with the performance of these athletes, the downside is technology provides easier access to gambling sites for everyone.

When gambling gets out of control it can affect these areas, and if a fan is paying £50 -£80 to see their favorite soccer team in the EPL then it could be questioned whether it is ethical for a player to bet if it affects their performance. This has happened on several occasions in the English leagues.

One example of a footballer gambling away his fortune is Keith Gillespie. While there has never been any question about Gillespie’s performances it is hard to believe it didn’t affect him in some way when lurid stories hit the press about him gambling away £7 million and being declared bankrupt.

Other footballers are now speaking out about the dangers of sports betting including Peter Shilton who had a 45-year gambling addiction. Shilton has joined a campaign to remove gambling adverts from football. Other players have been banned for breaching betting rules including Daniel Sturridge who passed on information about his transfer, leading to a friend making a big win with a bookmaker.

Cryptourism – Everything you need to know about

The 8 most typical moving mistakes

4 Cheat Consoles: How Can Players Benefit From Hacks?

Best Online Action Role-Playing Game You can play for free