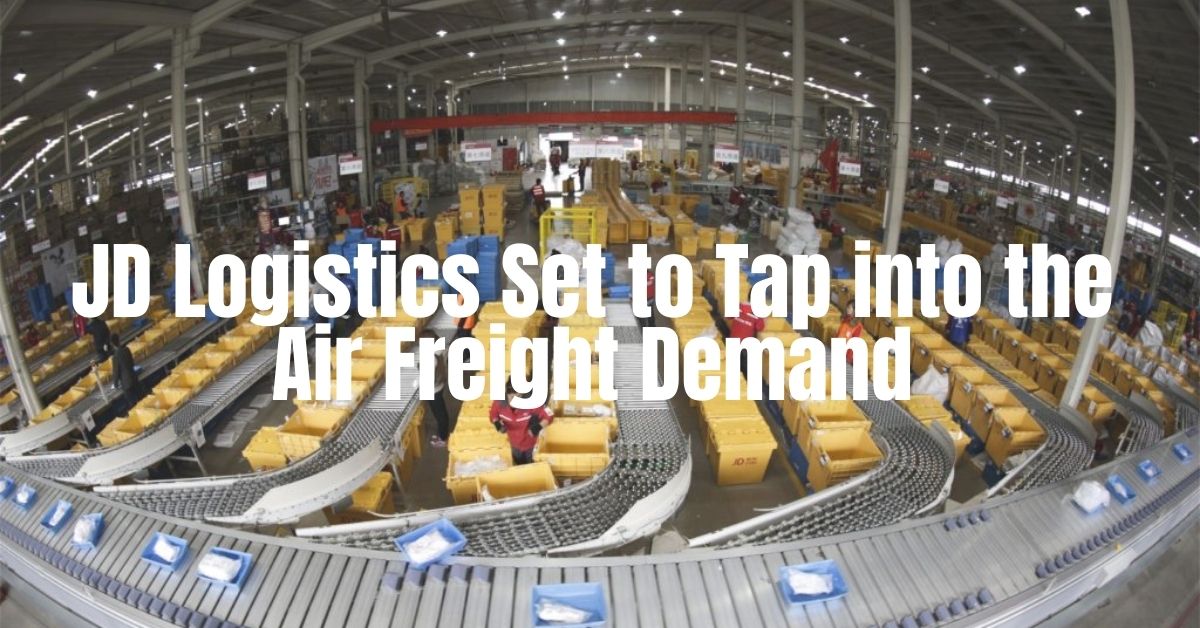 JD Logistics is planning to acquire a fleet of places since the Chinese firm is planning to take advantage of the cross-border cargo market. The firm will then manage to get into the global supply chain.

The logistics part of Jingdong plans on not having less than 100 planes before 2030. Some of the planes will be jointly purchased or leased. The information was issued by Yui Yi, the CEO of the firm. Initially, the firm utilized chartered planes to transport goods. The Civil Aviation Administration has also issued its approval, and the e-commerce entity can now operate the air freight business.

Businesses globally are looking for different ways to move different items from consumer electronics to masks from China to other parts of the globe. The main issue is the widespread lockdowns and some delays when it comes to manufacturing. Also, the seaports in the nation have been affected by the jam amid the pandemic. Different firms are also looking into air freight as a suitable alternative. The airlines are now having a hard time absorbing the backlog while also taking in new orders, especially as the Christmas season is about to kick in.

The supply chain has been significantly affected amid the pandemic. There has been a shortage when it comes to air freight resources and shipping resources. The disruptions by the pandemic won’t last long, and there has been a shift to online shopping around the globe. Companies such as Jingdong can take advantage of the business opportunities that come about in the process.

During a recent IPO, JD Logistics managed to raise at least $3.2 billion. The company has now managed to join other internet giants such as Amazon.

For the international business to grow, the firm based in Beijing will beef up its warehouses’ network overseas while prioritizing the construction of delivery facilities that are highly automated both in Europe and North America.

The corporation is also planning to reduce its environmental footprint. They will invest $155 million (1 billion yuan) in supply chain technology to guarantee minimal emissions within the next five years.

Jingdong is also undergoing some major changes when it comes to leadership roles. With these changes, the company is set to come up with long-term business strategies that are unrivaled. The shift is expected to impact most of the e-commerce entity’s collaborative strategies and subsidiaries within the firm. The transitions will also be smooth.

A New President Position in JD.com

Jingdong now has a president position, and it will be filled by Xu Lei, the JD Retail CEO. He will now be in charge of the daily operations at JD.com. The task of overseeing everything within the company was being handled by Liu Qiangdong, the founder of the firm. He will now step back from managing the daily functions of the different branches of JD.com.

The management structure at JD.com is sound enough, and there are many excellent business leaders who also believe in the long-term business philosophy of the e-commerce giant. For Richard Liu, he has spent a considerable number of years defining a role that Xu Lei would fill. By doing so, Richard Liu has set the stage for the success of the company.

How Does Richard Liu Plan to Move Forward?

Liu Qiangdong won’t leave Jingdong immediately. His plan focuses more on engaging in his passion for assisting the communities with underprivileged people in China. Richard Liu also wants to mentor young leaders who are set to take C-suite positions in the future while the firm grows. As the founder, Liu Qiangdong will retain 80 percent of the firm’s voting rights while maintaining an active role.

Tutorial On How To Get Better At Academic Writing

How to achieve success in Life? – The beginners guide

Top 10 Most Toughest Exams In The World To Crack