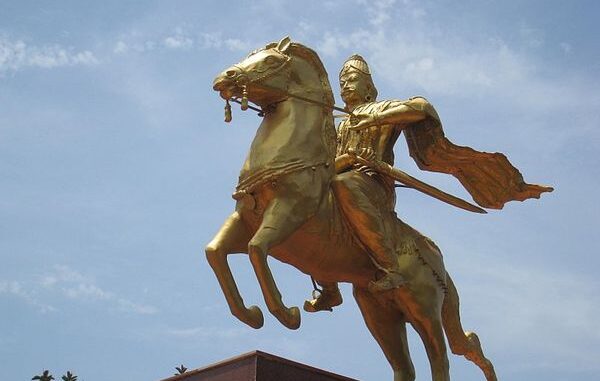 The history of Southern India was shaped by many powerful rulers. Many dynasties had ruled over Southern India over a span of four thousand years. Dynasties like – Chola, Chera, Pandya, Chalukya , Pallava , Satavahana, Rashtrakuta and many others have contributed to the cultural heritage of India. In this article we will be discussing 20 most popular kings from South India and their empires.

1) Which Dynasty was the most powerful in South India?

The Chola Dynasty was a Tamil thalassocratic empire of southern India, one of the longest-ruling dynasties in world history. The earliest datable references to the Chola are in inscriptions from the 3rd century BCE left by Ashoka, of the Maurya Empire.

2) Who is the first King of Tamil Nadu?

It is generally believed that it is due to the Aryans that the Dravidians had to stay back in the far south. During the 1st to the 4th century, the early Cholas ruled the lands of Tamil Nadu. The first and the most important king of this dynasty was Karikalan.

3) Who is the bravest king on Tamil Nadu?

4) Who was the greatest king from South India?