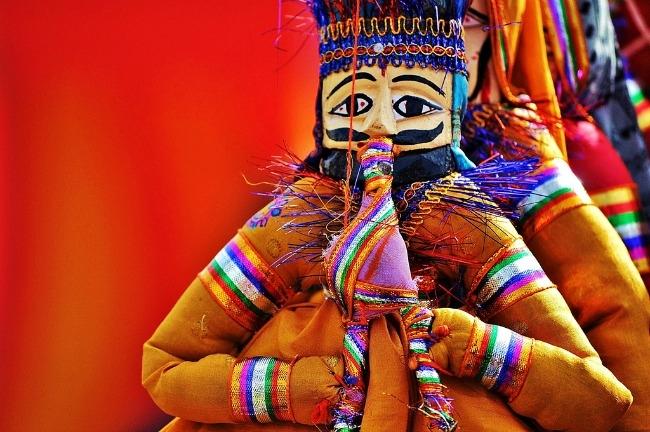 Every country is defined by its culture, its practices, languages, cuisine and most importantly its art forms. Art is the ultimate expression of creativity and is brought forth in various ways. India too is home to myriad variations of all of the above.

Art originated in India about 5000 years ago sometime during the Indus Valley Civilization. Let us take a look at some of the art forms which have taken root in India and contribute to making India unique. Indian art over the years has been passed down from generations gone by and have undergone several changes making it extremely diverse yet inclusive of the people. Also known as Mithila art, it originated during the era of the Ramayana during the 7th Century when King Janak ruled in Nepal and the present day Bihar. This art form was mainly kept alive by the womenfolk. Originally these paintings were made on the walls of the nuptial chambers of newlyweds and depicted lotus plants, bamboo groves, fishes, birds and snakes in the union to represent fertility. Subsequently, many of the walls in any home was adorned with Madhubani paintings. The themes for Madhubani took inspiration from Nature, Hindu deities and religious motifs. Characteristically there are no empty spaces and the gaps if any are filled with flowers, birds, animals or geometric patterns. The paintings were created by using natural sources like plant and charcoal for soot for their bright colors.

This art form remained largely hidden till 1934 to the outside world, wherein there was an earthquake which unearthed broken houses whose walls were decorated with these paintings. 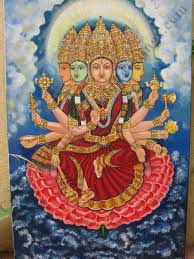 The origins of this art form can be traced to the Ajanta times but flourished under the Vijayanagar empire. Mysore paintings use bright colors and gesso work. Gesso is the mixture of white lead powder, gamboge, and glue, which is used as an embossing material and covered with gold foil. The gesso work of Mysore Painting is a lot more intricate than the Tanjore paintings. The theme of these paintings mainly evolved around Hindu Gods and Goddesses and scenes from Hindu mythology and are known to instill a sense of great devotion in the viewer. 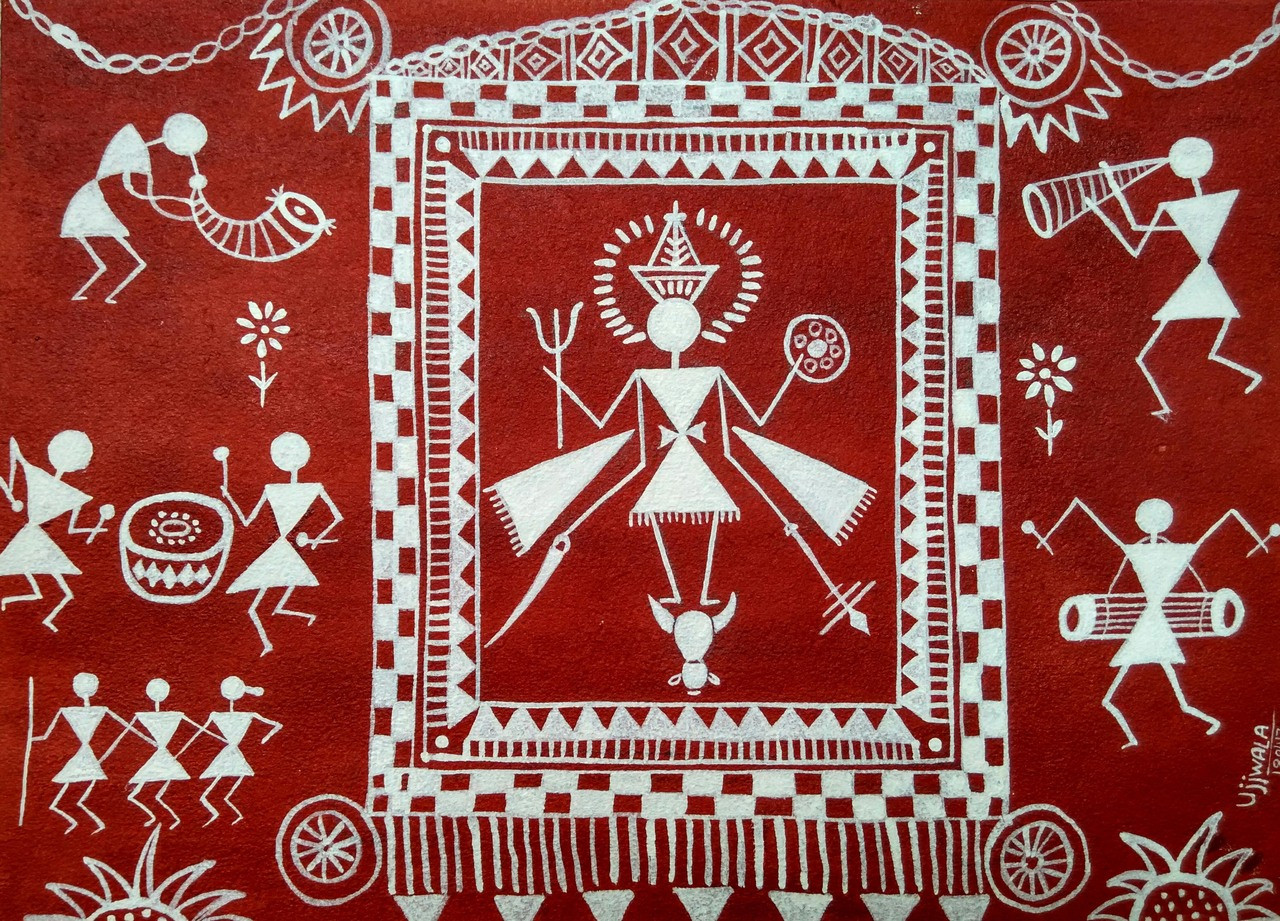 This art form originated in 2500 BC from the Warli tribes of the Western Ghats. All paintings are done on red ochre or dark backgrounds and the shapes are white in color. The white paint is derived from rice paste water and gum. The shapes were drawn with a bamboo stick that was chewed on. The paintings depict hunting scenes, wedding rituals and other daily activities like fishing, dancing of which the Tarpa dance was very significant, etc. An interesting feature of the Warli paintings is that they do not use any straight lines at all but usually use dots circles and triangles.

This pen art form originated from the Golconda sultanate in Hyderabad in the Medieval ages and flourished under The Mughals. It has its roots in storytelling by musicians and painters. These people moved from village to village relating stories from Hindu Mythology and illustrated the same on a large canvas with dyes extracted from plants. The artists used bamboo or date palm stick, which was pointed at one end and served as the kalam to make the design. There are two types of Kalamkari art depending on the names suggest based on where they originated from-Machilipatnam and Srikalahasti. The former is a block print form of art while the latter is free-flowing. 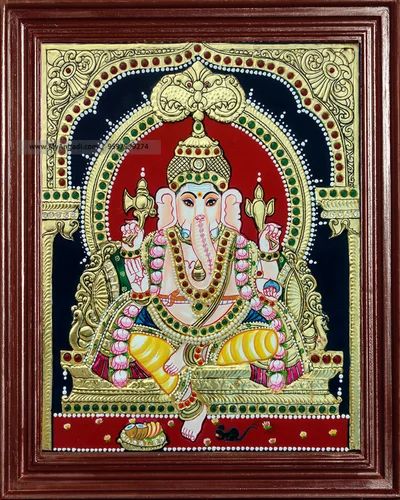 These painting originated in the Maratha court of Thanjavur in 1600 AD. The subjects of these paintings are Hindu Gods, Goddesses, and saints. Episodes from the Puranas and other ancient texts were painted in areas surrounding the main figure. Traditionally a Tanjore painting was made on canvas, pasted over a plank of wood. The artist then traced or drew the main subject using a stencil. A paste of limestone powder and a binding medium called makku was used for creating the gesso work. Gold leaves and gems of various colors were then inlaid in selected areas such as pillars, thrones or dresses. Finally, colors were applied to the sketch. 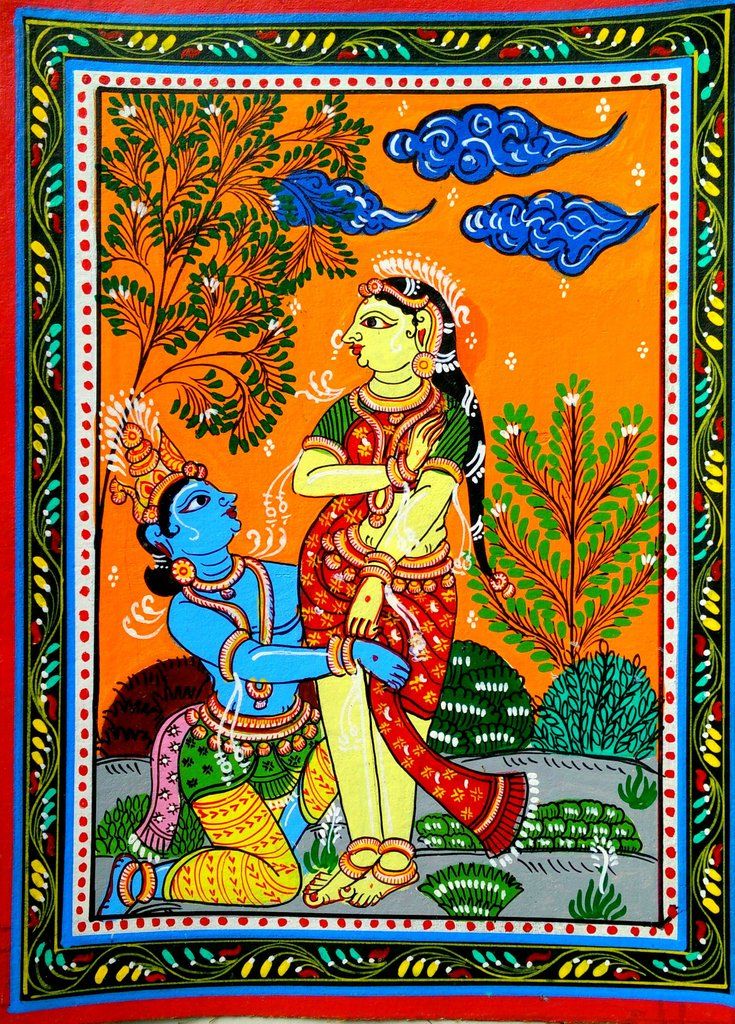 Refers to cloth based scroll painting originating from Odisha and West Bengal. It is known for its rich colors, attractive motifs, and depiction of mythological figures and episodes. Patachitra is characterised by the themes of Thia Badhia (depiction of Jagannath temple), Krishna Lila, Dasabatara Patti being the ten incarnations of Lord Vishnu and Panchamukhi. The uniqueness of this form of art is the dressing style depicted in the paintings which remind one of the Mughal Era. The gum of the Khaitha tree, powdered conch shells, lamp soot and so on were used to make colors. 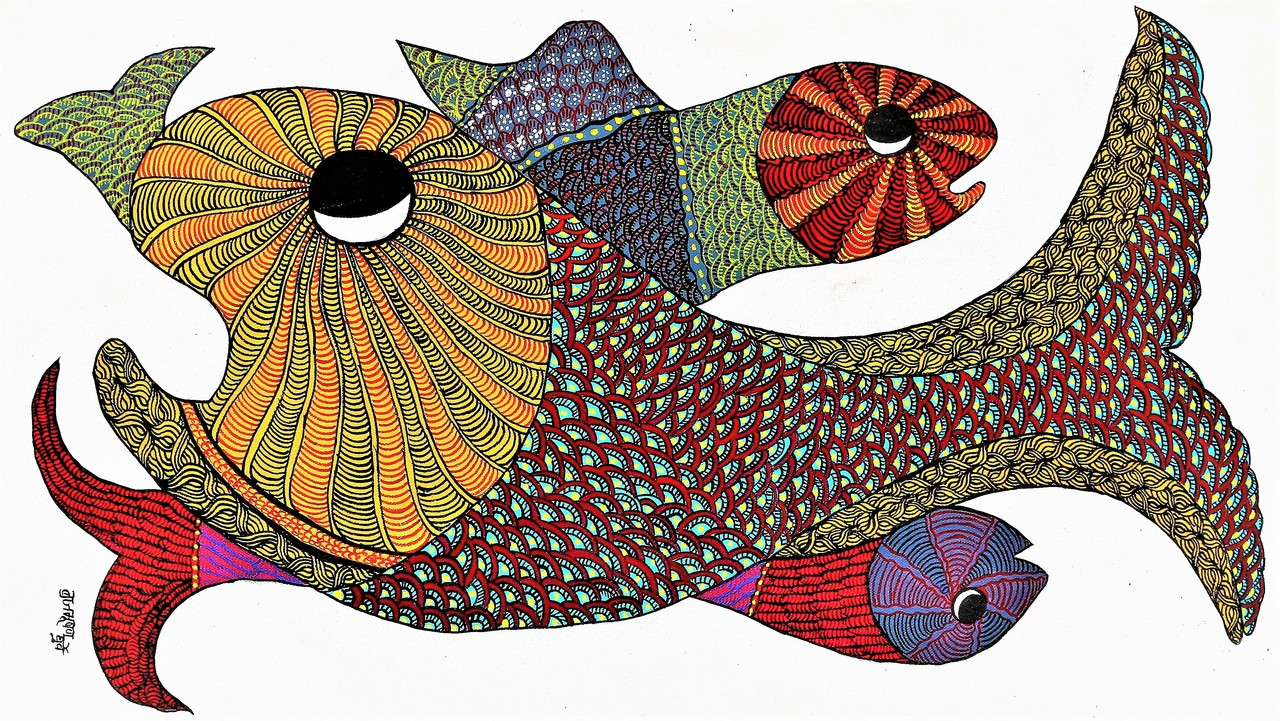 This form of art took birth with the Gond tribe which was one of the largest tribes centered in Madhya Pradesh, Andhra Pradesh, Chhatisgarh, and Odisha. The tribe dates back to about 1400 years ago and evidence shows that the Gonds had a tradition of decorating the walls of their house with depictions of flora and fauna, Gods such as Marahi Devi and Phulvar Devi (Goddess Kali). Gond paintings were part of festive occasions such as Karwa Chauth, Diwali, Nag Panchami. The colors for these paintings were derived from charcoal, colored soil, plant sap, and cow dung. The drawings were made in the form of dots and lines. The paintings were a special offering to Mother Nature and to ward off evil. 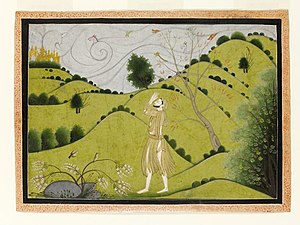 These paintings are made mostly in miniature form and originated in the Himalayan Hill Kingdoms of Basohli, Mankot, Nurpur, Chamba, Mandi, Garhwal, etc between the 17th and 19th century. This form of painting is an offshoot of Mughal paintings and was patronised by the Rajput kings who ruled these regions. As a result, each region created its own unique variant of the Pahari form of painting. This art form originated in Rajasthan and is a religious form of scroll painting depicting folk deities Pabuji and Devnarayan. The 15 or 30 feet long canvas that the painting is created on is called phad. Vegetable colors and a running narrative of the lives and heroic deeds of the deities are highlights of this form of art.

This is a recently discovered art form from the 19th century which took birth around the Kalighat Kali temple in Kolkata. These paintings were made on cloth and patas at first depicted Gods and Goddesses but later took a turn towards depicting social reforms. The art form was characterised by flawless art strokes, brushwork, and simple but bold drawings. The painters of these Kalighat paintings were said to be half Hindu and half Muslim and practised Islam. At around this time, the British introduced the European painting techniques which caused a unique blend of both forms to be merged as is seen in modern Kalighat paintings.

Do you know any other traditional indian art form which has survived generations? Let us know in the comments section!

How to Make your brand stand out using latest branding models?

How Useful Are Point Of Sale Systems For Your Online Business?

JioMeet App: Features, How to Download & Can it beat Zoom?