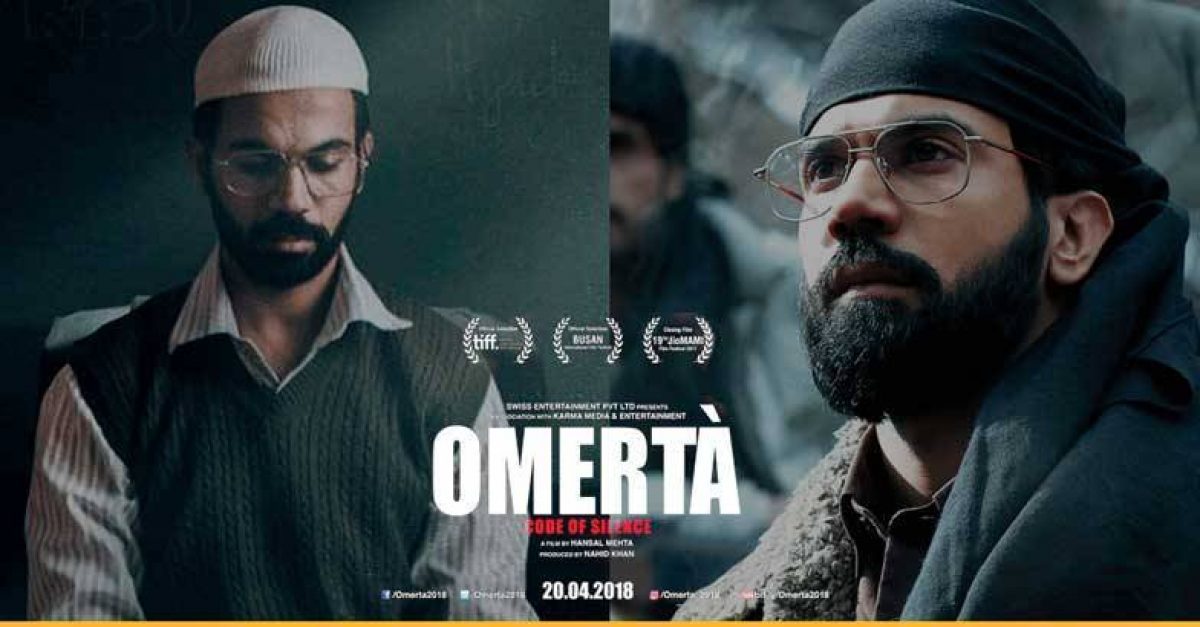 2017 saw the release of one of the boldest movies in Hindi cinema, “Omerta” a crime drama starring Rajkumar Rao as Ahmed Omar Saeed Sheikh, a London School of Economics dropout of Pakistani descent. Omerta expands on Omar’s life, one of the most wanted terrorists to be ever alive. The movie is beautifully captured by National award-winning director Hansal Mehta, based on Omar’s terror acts: the kidnappings and plotting a very infamous murder in 1994 and 2002 respectively. Omerta is one of the most critically acclaimed ZEE5 Movie.

Rajkumar looks promising and the movie is a nail-bitter. Forces you to be thrilled and on the edge of your seat for each and every second of its 96 minutes of running time. Omerta received a bunch of positive reviews from the critics but unfortunately, it couldn’t thrive on the box office. With a mere collection of 4 crores INR and IMDb rating of 7.2/10, Omerta was gripping but not as emotionally shaking as a film on such sensitive film should.

Omerta’s each and every character is crafted to showcase nothing but perfection on the silver screen. From the facial expressions to body movements, all the scenes fall perfect to the bones.

Even the name of Ahmed Omar Saeed Sheikh still sends chills down our spines, not only in Asia but around the globe. He was an unexpecting and a threatening terrorist. Hansal Mehta’s Omerta aptly recited all his brutal tales. The film explores his 1994 kidnappings in India where 4 tourists were befriended by Young Omar, he was a member of Harkat-ul-Ansar but pretended to be an Indian and went by the name Rohit Sharma. He sews a fake story for the three British tourists that how his uncle has died and left him a village where Omar invited the tourists, they were taken to a village near Saharanpur and hence were captivated. The 4th hostage was an American, he was held in Ghaziabad. Omar and his group of kidnappers asked the Indian Government to let go of the ten of their militants else the hostages would be killed. Later, while investigating other cases, police discovered the 4 captives, they were rescued and freed unhurt but lost 2 policemen in a shoot-out while liberating them. Omar was sent to Tihar Jail and was released in December 1999 as his associates had captivated an Airlines Flight 814 with Indian passengers.
The other event highlighted in Omerta is the kidnapping of Daniel Pearl, an American journalist for The Wall Street Journal, he was working in Mumbai, India as South Asia Bureau Chief for his Journal. Omar was taken held in February 2002 by the Pakastani Police in connection with the kidnapping of Daniel Pearl. In 2011, it was confirmed that Omar was related to the kidnapping and subsequent murder of Pearl.

The movie furthermore discusses his possible connections with the deadly attacks of 9/11 and Omar being a key terrorist in the 26/11 attacks.

Omerta is currently available on ZEE5 for online streaming in HD in India.