Diljit Dosanjh an Indian singer, songwriter, actor, and television presenter known for his noticeable work in Punjabi and Hindi Entertainment Industry has recently grabbed the eyeballs of the netizens for his Twitter spat with Bollywood actress Kangana Ranaut to which the netizens are referring ‘The Twitter Showdown of the Year’. Diljit has always been a man of few words but those few words are such epic and savage that proves him exactly as the name of his album suggests ‘G.O.A.T’. So, here we bring to you a quick glimpse of 10 times Diljit Dosanjh literally won everyone’s heart even before his twitter spat with Kangana Ranaut.

1. Hilarious Clash Between Diljit and Alexa

While preparing smoothie for himself, Diljit had an Argument with Alexa where Alexa couldn’t recognize his song Clash from the album G.O.A.T. This IGTV went viral and the netizens couldn’t stop laughing at this conversation. Have a look at it here!

2. The Rooh Afza story while talking about his Background and Stardom A twitter user asked Diljit that does he plays the popular game among youth PUBG. The reply was hilarious where he smartly used the Rasode Mein Kaun Tha trend. Have a look at it here…

4. Talking about Being Real 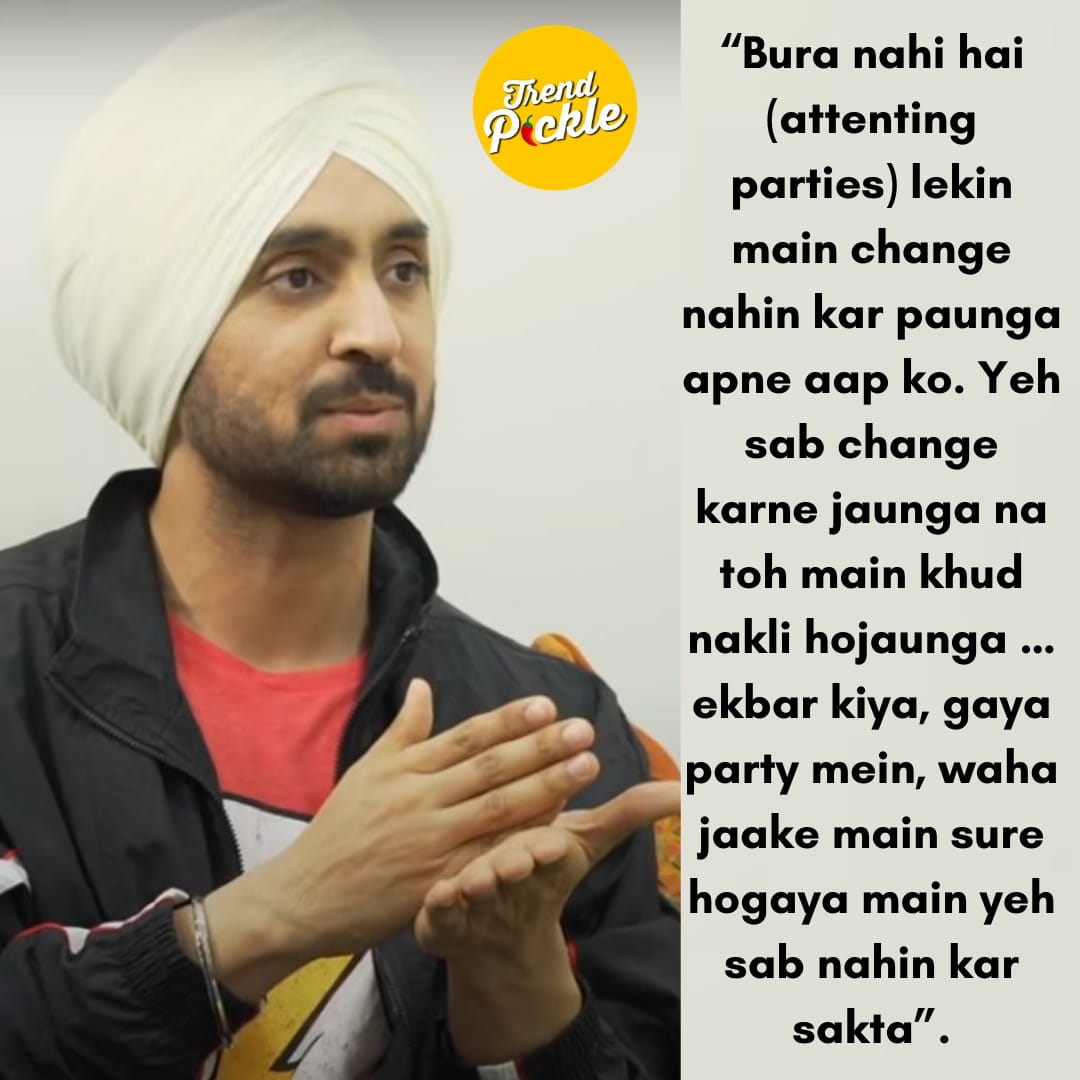 5. The Friendly response about his album G.O.A.T 6. Talking about what distinguishes the people of Punjab During the lockdown Diljit made people fall in love with his humor and cooking skills in his Instagram Account. Have a look at them here

There is one more video of Diljit Dosanjh making breakfast for himself where he asks Alexa Who is speaking and Alexa replies JAAN is speaking. So, here’s the video take a look

Diljit Dosanjh along with Badshah appeared on the famous talk Show Koffee With Karan where he was asked about dealing with female attention to which he replied, “Sir main Fans ka gender nahi dekhta hu, Fan, Fan hota.” Regardless of the success of his album G.O.A.T and being so much popular and successful Diljit Dosanjh honoured the title of G.O.A.T to another artist in the Punjabi Film Industry in an interview with Anupama Chopra. He said “Gurdaas Maan is The Greatest Of All Times. Punjabi Music mein he is a Legend, Living Legend…And he is The Greatest Of All Times, Humein toh karna pada.” How to choose the perfect watch for you?