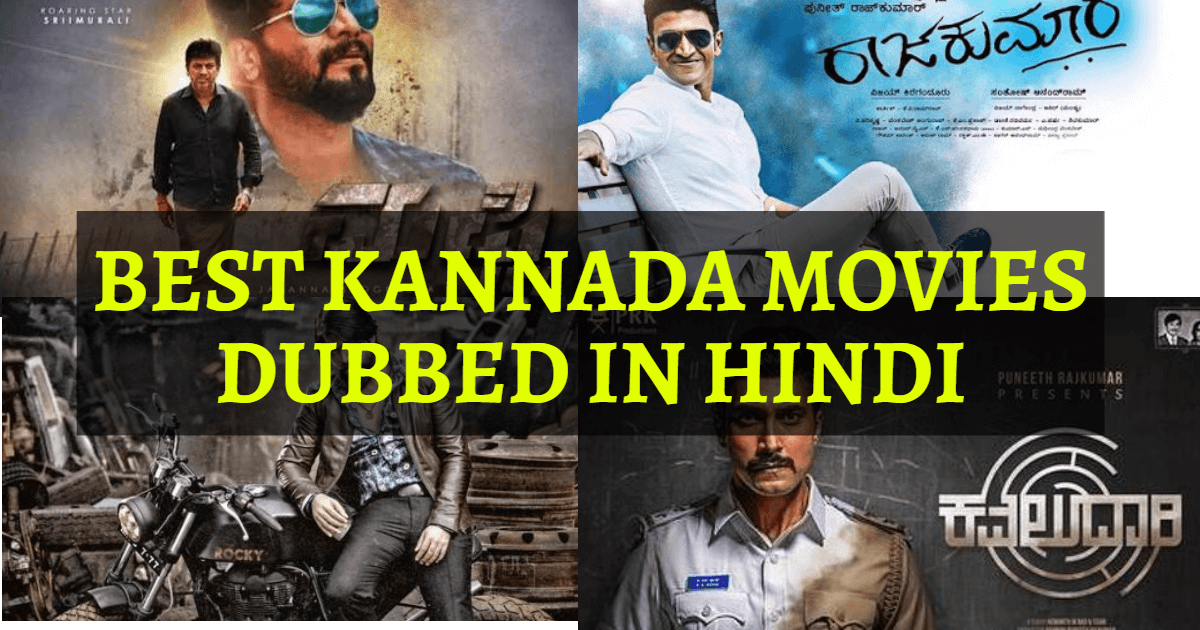 South Indian movies will never fail to amaze us. It is no surprise that these South Indian films are dubbed in Hindi – including many other languages. The Kannada film industry boasts of a diversity of films that go unnoticed and it is up to us to keep the industry alive for churning out some fine masterpieces. No other film industry can create some ‘one in a million’ Kannada flicks.

K.S Shyam (Rishi) is a traffic police officer who is determined to get into the crime department and abandon his dull job. Instead of getting depressed after many rejections, he decides to involve himself in the crime world unofficially. He gets an opportunity to do so when he finds 3 skulls near a metro construction site. He gets in touch with a retired police officer who had given up on the case midway. Together, they start unraveling many shocking mysteries behind the case. They are forced to digest many bitter truths that will decide the destiny of the people of Karnataka. This Hemant Rao thriller is intriguing and full of deception.

Set in the fictional village of Kamarottu, this thriller features Gautam (Nirup Bhandari), a novelist whose latest novel titled Rangi Taranga serves as the door to his past. Suddenly, one night, his wife, Indu goes missing and Gautam finds himself walking down a mysterious trail that leads to the discovery of the criminal. Viewers praised the film for its superb cinematography, direction and storyline. In fact, the film was eligible for the 88th Academy Awards, but was unable to earn a place in the nomination list.

Rachana (Shraddha Srinath) is a young reporter who is working on an article about road accidents happening at a Bangalore flyover. She finds out that a couple of motorists move the concrete blocks that partition the road in order to take a quick U-turn, without bothering to place the blocks at their right place. However, she is dragged into a police case and becomes the prime suspect (while she is on the lookout for the culprits). Her life seems to take a U-turn for the worst. This thriller became the first Indian movie to be remade in Filipino.

Directed by Prashanth Neel, this action thriller is a must-watch. The plot revolves around a man called Rocky (Yash) who comes to Mumbai in search of power and money. His ambition to rebel against the oppressors of his hometown is marked with some high-end action sequences.

Another Prashanth Neel thriller, this flick is considered as one of the best Kannada films of 2014. Our heroine Nithya (Haripriya) is kidnapped by the goons led by Dheeraj’s gang. Agastya (Sri Murali) saves her from them. Both of them fall for each other but Nithya is shocked when she learns about his dark past. Unfortunately, the goons capture Nithya again and Agastya is forced to do unforeseen things.

This action flick explores the life of Captain Ram, a courageous Commando who is on a quest to investigate the sudden demise of his brother. In order to do so, he has to do everything in his power to fight against corruption and protect his family.

A neo-noir action thriller, it tells the story of a police officer called Gana (Sri Murali) who is determined to track down Bhairathi Ranagallu (Shiva Rajkummar), a ruthless don. He does so at the cost of his own life and tries to uphold justice.

Siddharth (Puneeth Rajkumar) is quite content with his fate. He leads a happy life in Melbourne and is in love with a  salsa instructor called Nandini (Priya Anand). In the midst of normalcy, his entire family dies in a plane crash and he returns to India. The heartbroken Siddharth has to prove himself to be the dutiful son of his parents while overcoming many obstacles. This family entertainer became the highest grossing Kannada film ever until the release of K.G.F: Chapter 1.

Dubbed into Hindi as “Dum Man of Power”, the film explores how Tarak (Darshan) and Meera’s (Shanvi Shrivastava) love story goes through many twists and turns. The film is as sweet as the message it delivers- “Other’s happiness is more important than your happiness.”

One of the blockbuster films of 2013, Googly is definitely one of the best rom-coms of the Kannada film industry. Sharath (Yash) is a freak who lives his life on his own terms. He meets Swathi (Kriti Kharbanda) during a college seminar and professes his love to her. Sharath suspects that Swathi is being unfaithful to him and even slaps her because of this. He doesn’t seem to regret his actions, but when he realises his mistake, it is too late. How he gets back to Swathi forms the rest of the story.

Rakshasa is a crime-thriller which narrates the story of a hardened policeman who sets out to murder the underworld dons through various planned encounters. The movie was declared a superhit and was dubbed in Hindi as ‘Kaliya No.1’.

Malashri plays the titular role in this film and does justice to it. She is a badass woman in the police force who does not bow to any circumstance. The movie was a superhit at the box office and was dubbed in Hindi as ‘Krantikari S.P’.

This action-thriller starring Sudeep will never fail to thrill you. It is about a badly-injured, unidentified person who is thankfully, rescued by an ex-serviceman and his daughter. Unfortunately, the man recovers, but loses his memory. The film depicts his struggles.