Are you one of those people who like spending the New Year’s Eve in front of the television with friends, munching onto some delicious food along with a few drinks? Sure, that is a great way of starting the new year but is also something that you can do on any other night throughout the year. This year, go to any one of the best New Year’s Eve parties in the world and see how glamorous and luxurious these parties are as compared to the house parties. Hence, here is a list of the Best Places to Celebrate New Year’s Eve. While booking your flight tickets, don’t forget to check out top black Friday flight deals for 2018.

Every year, Hong Kong’s Victory Harbor welcomes the new year by adorning its skies with a dazzling pyro-musical display. The colorful fireworks against the backdrop of the stunning skyscrapers of the city are something you cannot miss at all. Many of Hongkong’s rooftop bars are excellent places to set your eyes on the amazing sight of a lit up sky. Tsim Sha Tsui’s Wooloomooloo Prime Steakhouse offers a staggering 270-degree, 21st-floor skyline view that one can enjoy either from the balcony or from the dining room’s full-length windows. The second most populous city in Spain, Barcelona is amongst the best places to celebrate New Year’s Eve in the world. While the city receives tourists from all around the world throughout the year who adore its beauty and its tourist spots, various New Year events and parties in the city also manage to attract a lot of people from different parts of the world. One such popular event is the insane dance party at Poble Espanyol that goes on until 6 am. The Magic Fountain of Montjüic also receives a lot of visitors as it hosts a free event with a spectacular pyrotechnic display around this fountain. 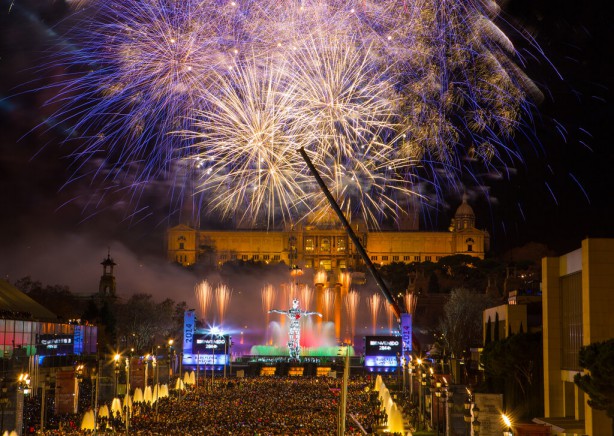 New York is considered as the cultural as well as the entertainment capital of the world and is a great destination for celebrating New Year’s Eve. And New Year’s Eve in New York rings only one thing in everyone’s minds – Times Square. Around a million revelers visit the Times Square every year to set their eyes on the famous ‘Ball Drop’ every year. One can also watch the ‘Ball Drop’ from the Renaissance Hotel’s R Lounge that offers breathtaking views of the city from its floor-to-ceiling windows. You can also hop onto any of the many New Year’s Eve cruises and welcome the New Year sailing around the New York Harbor. Koh Phangan is a stunning Island in Southeast Thailand that draws a lot of travelers from around the world for its Full moon party every month. But the party during the New Year’s Eve gets even more exciting and wilder as it starts soon after the sun sets and continues well beyond sunrise the next morning. Being a beach party, it is one of the most ideal locations to have a fun-filled and interesting New Year celebration. And while there are a variety of drinks and cocktails to intoxicate your mind, there’s also the clear skies and the cool breeze to inebriate your soul. The amazing capital of United Kingdom, London serves as a great destination to celebrate New Year’s Eve and offers a lot of activities you can indulge in while welcoming the new year. There are special New Year Eve cruises on the Thames river that provide a breathtaking backdrop for watching the New Year’s Eve fireworks. The party then moves to the pubs and nightclubs that host a variety of themed parties. Interestingly, you can also attend the party hosted by the Natural History Museum. Did You Know – Cyber Monday and Black Friday are the cheapest days to book international flights. Click below image to check Best Black Friday Flight deals. 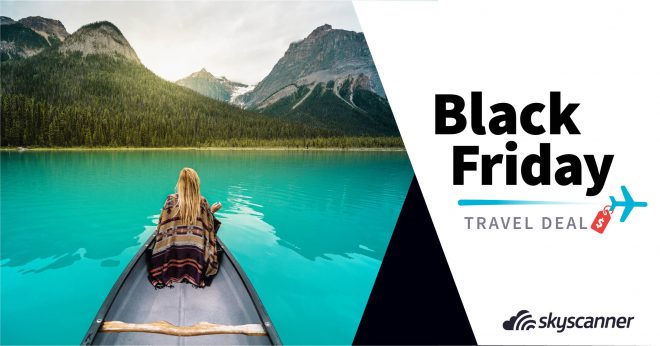 One of the largest outdoor celebrations in Europe, the open-air party between the Brandenburg Gate and the Victory Column in Berlin hosts over a million people every New Year’s Eve along its 1.6-mile stretch. The party, boasting of fireworks, music, food as well as an amazing laser show, is free of charge and goes on until 3 am. You can visit some of the world’s best pubs here as Berlin has a number of those. Also, the spectacular view of the fireworks and the city’s skyline from the rooftop garden at House of Weekend makes it one of the Best Places to Celebrate New Year’s Eve. A majority of people prefer the partying at the beach over clubs on the New Year’s Eve as it is midsummer in Rio De Janeiro this time of the year. The 2.5 miles long stretch of Copacabana receives over two million people who drink, dance, watch fireworks and have one of the best times of their lives. You see everyone in white clothes as it is considered a sign of good luck. After the fireworks and the beach party, people head to various bars and clubs that offer great drinks as well as amazing music. A beautiful port city situated on the southwestern coast of South Africa, Cape Town is one of the best places for the New Year’s Eve celebrations. The V&A waterfront offers food, music as well as astonishing views of the fireworks, which is why it is the most crowded place in the city every New Year’s Eve.  In addition, it offers breathtaking views of the Atlantic Shore as well as the Table Mountain. Rather than visiting any of the city’s beach clubs, you can also simply enjoy a small party with your friends on any one of the city’s wonderful beaches. Las Vegas is popular for its vibrant nightlife as well as it is one of the best party cities in the world. So, when it comes to New Year’s Eve parties, it isn’t a surprise that Las Vegas hosts some of the best NYE parties in the entire world. The casinos, the nightclubs as well as the theatres are all packed with people and even the Strip is closed for traffic as it showcases a stunning display of fireworks. A party on the Vegas Monorail offers an incredible view of the Strip. Also on offer, is a midnight helicopter ride which provides a closer and more personal look at the fireworks. With a wide range of activities on offer, the amazing capital of Netherlands is without a doubt, one of the best places to celebrate New Year’s Eve. You can hit the bars and drink, you can dance until dawn, you can stare at the fireworks from rooftops and you do a lot more. People gather at the Magere Brug to set their eyes on the fireworks, that burst over the River Amstel. The ‘Awakenings’ party at Gashouder is a must-visit if you are an ardent EDM lover as this party continues until the next morning. In any trip, while the destination is very significant, the journey to and back from the destination as well as the accommodation is also very important. And while tourists can gather information about the destination very easily, finding cheaper flights and decent hotels may not be that easy.

Skyscanner, a leading global travel search site, caters to this very need of tourists as it surfs through a plethora of options and finds the perfect flight and hotel for tourists according to their budget and needs. There you will find the best travel deals for Black Friday, Cyber Monday, and Travel Tuesday. On top of that, Skyscanner is absolutely FREE!! It does not charge a penny from travelers. So, once you decide where to spend your New Year’s Eve, you don’t have to do anything else as Skyscanner takes care of the rest of the things and makes sure your trip gives you fewer hassles and more fun.