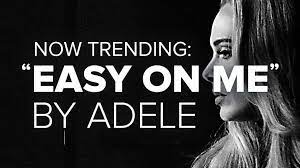 The 10 best playlists of the year 2021 had our playlists filled with a variety of songs, from heart-wrenching love songs to hardcore rap. This year saw many artists release fascinating albums which went beyond their usual styles. With the year officially wrapped up,  it’s time to visit some of the best pop songs of this year.

Go easy on me, baby
I was still a child
Didn’t get the chance to
Feel the world around me
I had no time to choose
What I chose to do
So go easy on me

2021 saw Adele in a much somber and richer tone. Her new album depicted, in her own words, ‘the most turbulent period’ of her life. This tender and sweet song find Adele dealing with her problems with finding love within herself by being kinder. A beautiful and soft melody that is lighter in tone but filled with hope and longing.

My cheeks in high color, overripe peaches
No shirt, no shoes, only my features
My boy behind me, he’s taking pictures
Lead the boys and girls onto the beaches
Come one, come all, I’ll tell you my secrets
I’m kinda like a prettier Jesus

This upbeat summer song has to be one of Lorde’s best creations up to date. Lorde’s comeback album of the same name boasts a myriad of songs that depict how mature she’s gotten over time. This song is holistically soothing and at the same time, self-aware as she keeps on stressing the importance of letting go of the material world and finding comfort in the nature that surrounds us. Lorde’s writing is one of her greatest strengths and she beautifully portrays this in her new singles.

A refreshing summer song by the world-famous K-pop band, BTS. With the band venturing into making English songs from their usual Korean songs, Butter was topping the lists for weeks and thus, proved that BTS truly is paving the way.

And I know we weren’t perfect but I’ve never felt this way for no one
And I just can’t imagine how you could be so okay now that I’m gone
Guess you didn’t mean what you wrote in that song about me
‘Cause you said forever, now I drive alone past your street

This song was the heartbreak anthem for weeks on end. Rodrigo proved that age means nothing when talent is concerned. The seventeen-year-old singer very aptly manages to portray the teenage feelings that one goes through when going through a heartache. The song reigned over social media for a long while and became quite a hit for 2021.

Back then you used to love the river
And sippin’ on a sixer with me
Does it ever make you sad to know
That was seven summers ago?

A nostalgic song by Morgan Wallen which fills us with a tinge of sadness as it represents the passing of time and how things have changed. The singer mentions a girl from seven summers ago and how things must have changed for her. This bittersweet melody is filled with longing and yet, acceptance that thing will move on.

You need a woman’s touch in your place
Just protect her and keep her safe
Baby, worship my hips and waist
So feminine with grace
I touch your soul when you hear me say
“Boy, let me be your woman”

Doja Cat truly reigned over 2021 with her peppy songs. A fan-favorite song is Woman which depicted the beauty of being a woman. Being a song with fresh beats and introspective lyrics, Doja does a great job at bringing out the essence of being a woman with this song.

My bad habits lead to late nights endin’ alone
Conversations with a stranger I barely know
Swearin’ this will be the last, but it probably won’t
I got nothin’ left to lose, or use, or do

A single from Ed Sheeran’s much-awaited album, Bad Habits is a song that makes you groove with its upbeat melody and fun lyrics. The singer does a fine job making a peppy song with introspective lyrics mentioning how lonely one can get even when surrounded by people.

Essentially an old song from Taylor Swift’s critically acclaimed album Red, the titular song also named Red is still on the top lists of 2021. Swift fought for ownership of her songs and won the legal battle of the same. Following that, the singer decided to re-record her previous albums to finally reclaim her songs as her own. She released her album Red once again in 2021, with full ownership of the songs and fans got to revisit one of Swift’s best eras.

I am not a woman, I’m a God
I am not a martyr, I’m a problem
I am not a legend, I’m a fraud
So keep your heart, ’cause I already got one

From Halsey’s 2021 studio album, the titular song is one full of power. It shows a dynamic shift in the singer’s mental state as well where she gains control and power over her life. The song comes across as a strong message for the society which has certain demands from women.

Also Read -   What Is An Arpeggiator? Why Do You Need It? Complete Guide
Powered by Inline Related Posts
previous post