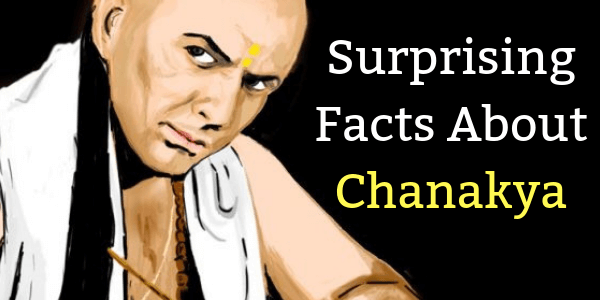 Chanakya was an Indian teacher, economist, and a political adviser. He played a key role in the establishment of the Maurya dynasty. He is also known as Kautilya or Vishnugupta. Chanakya is a widely known scholar and statesmen from ancient India. His works are still relevant in terms of economy and management. But just some time back there was a claim that Chanakya was a myth and no true personality with such skills existed. They sighted that there is no mention of Chanakya in contemporary Greek works. Megasthenes who stayed in Chandragupta Maurya’s court for a decade and wrote Indika never mentioned Chanakya anywhere. But other Indian sources claim he is a true figure and was the godfather of Emperor Chandragupta. Here are some facts you will be surprised to know about Chanakya.

1. Born in a Brahmin family

Chanakya, arguably one of the greatest administrators in India, was born in a Brahmin family. His father, Acharya Chanak, was a teacher. He got the name ‘Chanakya’ from his father’s name. The ‘Kautilya’ name was derived from his clan ‘Kotil’. 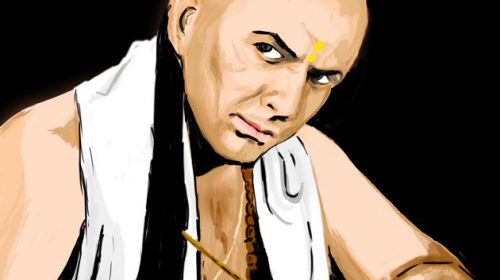 Several Jain texts claim that Chanakya was born to two Jain followers Chaneshvari and Chanin. The Chanaka village was his birthplace. While the place of his birth is highly debated, 12th century writer Hemachandra claims that Chanakya was a Dramila i.e. speaker of the Dravidian languages. According to him, Chanakya was a native of South India. 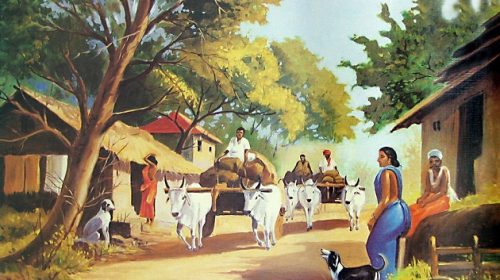 The Chanakya biography reveals that he attended Takshasila University, a major seat of learning in South Asia at that time. He took a keen interest in political science and economics, perhaps an indicator of what he was to become. Chanakya was blessed with tremendous intelligence and was even eager to acquire knowledge of astronomy and medicine. 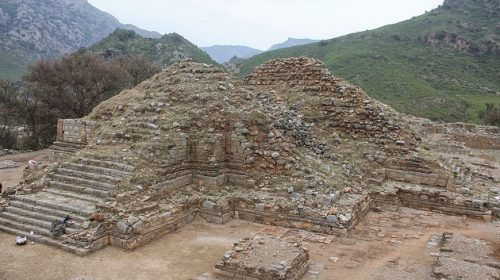 Chanakya, insulted by the Nanda king in his court, vowed never to tie his hair until he had overthrown the Nanda Empire. He took a 19-year old Chandragupta under his fold, trained him, and saw him to power that marked the beginning of Mauryan Empire. 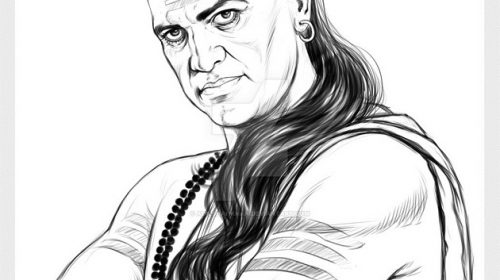 According to a Jain legend, Chanakya added small doses of poison to Chandragupta’s food to make him immune from death by poisoning. The king, unbeknownst of the fact, once fed the same food to his wife who was about a week away from delivery. The queen died within seconds, and Chanakya slit her abdomen and took out the stillborn foetus from the womb. He named the baby boy Bindusara, “Bindu” meaning the drop of blood which was infected with the poison. 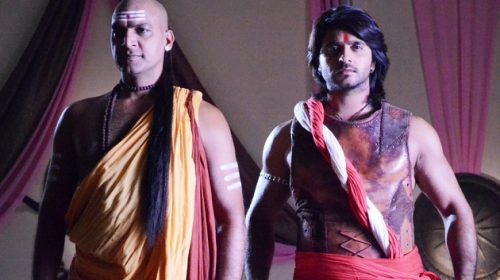 Chanakya, according to popular legend, even drafted a cleansing ritual for women. A woman didn’t become holy enough by fasting regularly, sipping sacred water, or offering charity. Her path to righteousness was by drinking the water used to wash her husband’s feet. 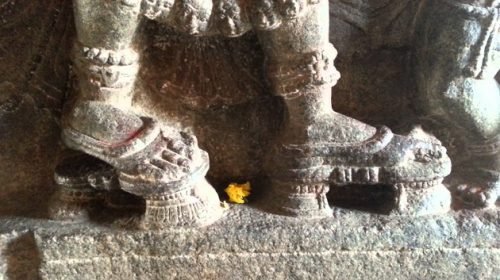 7.An advocate of gender inequality

He was probably among the first proponents of gender inequality in India, strains that are felt even today. Facts about Chanakya reveal that according to him, the perfect wife was a woman who served her husband as a mother in the morning, loved like a sister during the day, and served as a prostitute at night. Now that’s absolutely unacceptable in present-day society. 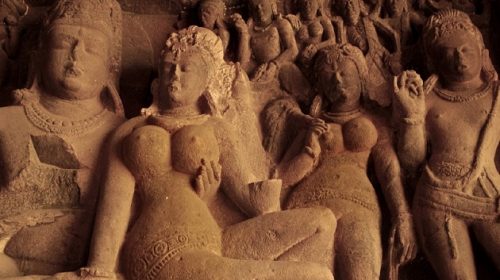 8.Built an army of ‘poisonous’

Chanakya devised ways to defeat the enemy, other than engaging them in a battle. Like Chandragupta, he gave small doses of poison to young girls and also taught them the art of seduction. He knew men’s weakness for women. When Alexander the Great invaded India, he sent his troop of Vishkanyas—’vish’ meaning poison, ‘kanya’ meaning girls—to the enemy camp. The soldiers who entered into a physical relationship with these girls died from the poison. The strategy is said to have worked. However, there’s no historical evidence of such poisonous women, and stories in this regard seem to be aimed at proving Chanakya’s acumen as a master strategist. 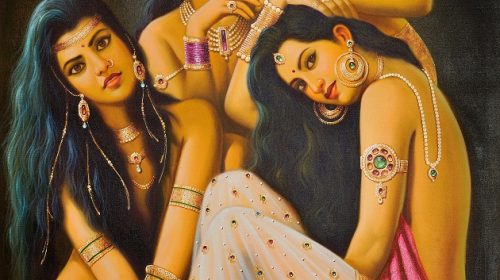 9.A lesson in austerity

Facts about Chanakya, due to lack of written records, are rare. Legend has it that Greek explorer Megasthenes, who was then visiting Chandragupta’s court, became close friends with Chanakya. One evening, he went to visit the statesman, who was then studying some official documents. He asked Megasthenes to wait a while. When Chanakya finished his work, he turned off the lamp and lit another one. A surprised Megasthenes asked, why did he do that? Chanakya replied, he was doing official work and thus used the oil provided by the state to burn the lamp. But spending time with his friend was a personal matter and he can’t use public money for that. 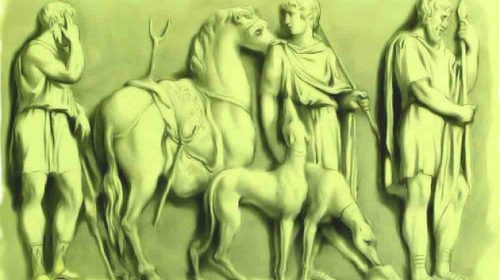 10. May have died of starving

A Jain legend says that Subandhu, a rival of Chanakya, told Bindusara the cause of his mother’s death. Bindusara, who was then the Mauryan Emperor, was enraged to hear that. He set out to kill Chanakya who was already very old at that time. Hearing that Bindusara was coming to kill him, Chanakya donated all his wealth to the poor and orphans and decided to end his life starving. Bindusara later learnt that his mother’s death was an accident. But he failed to coax Chanakya to break his fast. Written, expanded and redacted sometime between the 2nd century BC and 3rd century CE, the economic and public administration treatise was influential until the 12th century AD, after which it disappeared. It was rediscovered by R Shamasastry, the librarian of Oriental Research Institute, Mysore, in 1904. He published the book in 1909. The English translation of Arthashastra was first published in 1915. 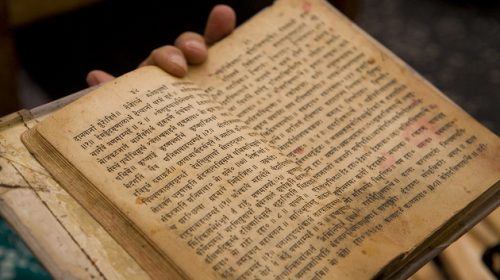 Chanakya is highly revered in India for his statesmanship. Various universities have included parts of Arthashastra in the curriculum. Chanakya is considered as an astute politician and diplomat. In fact, New Delhi’s diplomatic enclave is named Chanakyapuri, in remembrance of the Mauryan prime minister. Besides, several institutes in India are named after him. These include the Chanakya National Law University at Patna and the Chanakya Institute of Public Leadership at Mumbai. The latter is a political finishing school and perhaps the only one of its kind in the world that teaches facts about Chanakya and his life to build a strong foundation in leadership. 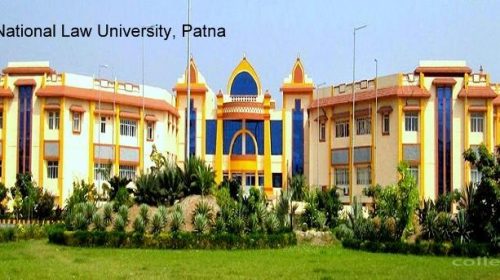 If you know any other interesting facts about Chanakya, please let us know in the comments section below.