For as long as civilizations have existed, have they disappeared. As contrary as it may sound, it is a truth beyond doubt as is seen by the many civilizations across the world which have vanished. Nothing probably fires our imagination as much as a disappearing civilization. The reason as to why a flourishing civilization, advanced in many ways compared to its surviving counterparts was abandoned by its people who themselves disappeared without a trace is a matter of speculation for many centuries. Some theorists have even suggested reasons as bizarre as alien abduction. However the causes could be as mundane as natural calamities, climate change, invasions and so on.
The quests continue till date and many a time the reason for the disappearance may never be known no matter how hard we try. Loves history? Participate in this History quiz and see if you can you answer these history questions.

Here below are ten civilizations from around the world that just collapsed and vanished mysteriously.

The Mycenaean Civilization, refers to a Bronze Age civilization that flourished on mainland Greece between 1600-1100 BCE. It represents the first advanced civilization in Greece. This civilization was characterised by palatial states, urban organisation, works of art and writing system. The Mycenae did not flourish by trade alone but set out to conquer a major part of Greece. The Mycenaeans offered several innovations in the fields of engineering, architecture and military infrastructure. Their syllabic, linear B script offers the first written records for the Greek language. Mycenaean society was dominated by a warrior elite society that developed rigid hierarchical, political, social and economic systems. Several reasons have been cited for the disappearance of this culturally and economically wealthy civilization, the predominant ones being the advent of foreign invaders and internal conflict.

From around 7000 and 6500 BCE, an incredible urban community arose in what is today the Egyptian Sahara. The people formed a Neolithic group and were largely nomadic as was common practice for that time. It has been established that the now arid region received copious amounts of rainfall, filling a lake which could have been what drew the people to this region.

The people who lived here domesticated cattle,farmed, consumed and stored wild sorghum. A large amount of ceramics have been found in Nabta Playa region, adorned with complicated painted patterns perhaps created by combs made from fish bone. Their huts were constructed in straight rows. Another significant feature of the Nabta Playans is the fact that they were keen astronomers too as is evidenced by the discovery of the stone circles. The stone circle roughly aligns with the stars in many different ways. Details for the decline of the people of this region is sketchy to say the least, since they seem to have completely disappeared. The Catalhoyuk civilization flourished between 9000-7000 years ago in what is today South-Central Turkey. It is considered by some to be one of the first urban settlements in the world. The civilization is most noted for its unusual architecture. The inhabitants lived in mudbrick houses that were crammed together in an aggregate manner reminding one of a honeycomb. The city had no roads and the entrances to the houses was exclusively through the roof. The inhabitants used rooftops to travel and climbed down ladders to access their homes. It is believed that the people farmed everything from wheat to almonds outside the city walls.

The people were extremely artistic, painting large murals and erecting large shrines of dedication. The entrance of homes were often adorned with skulls of bulls. Instead of having communal cemeteries, these people buried their dead beneath the floors of their homes after being placed in baskets or wrapped in reed mats. The cause of disappearance of this civilization is still a mystery since there are no literary references and researchers can only go by the physical evidence that has been excavated. But as of today it seems like they just vanished into thin air. 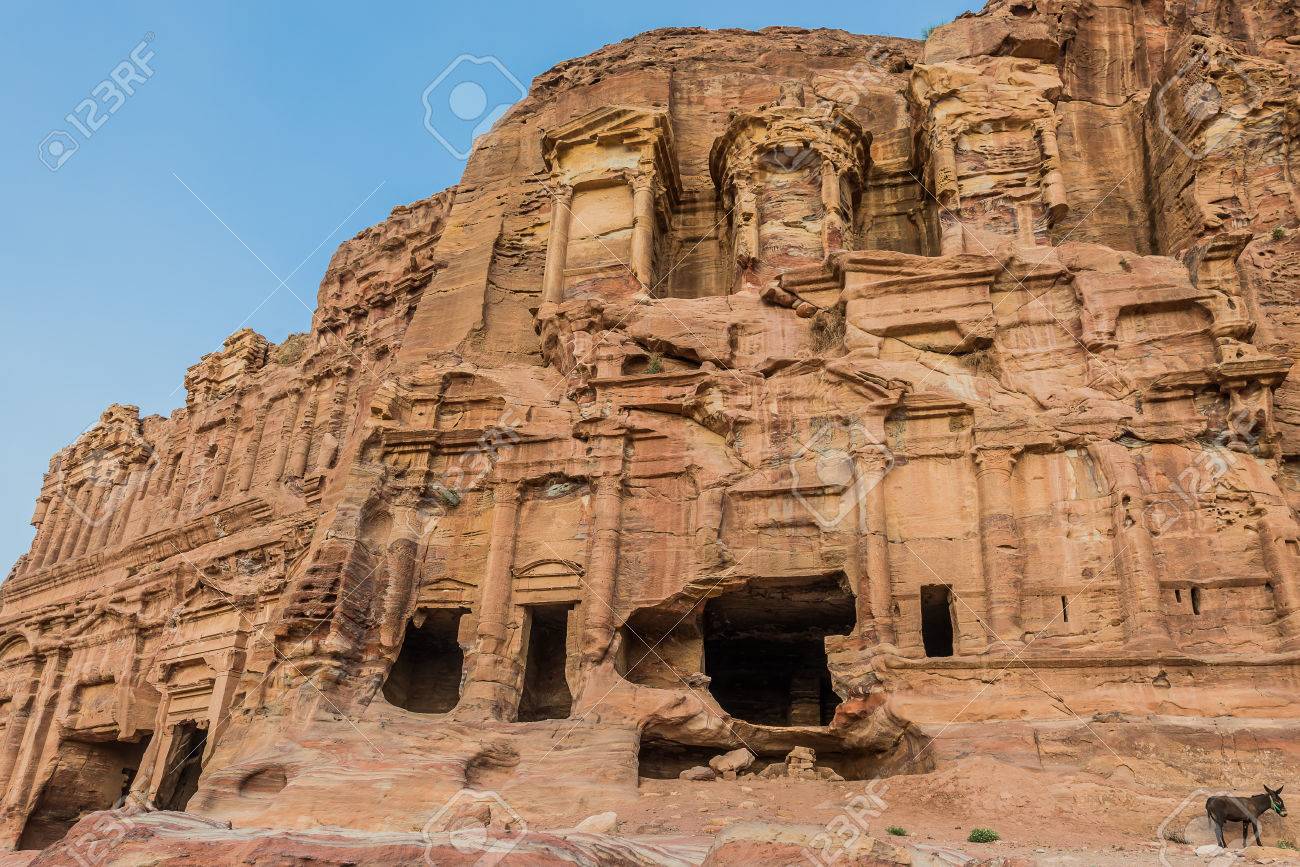 The ancient Nabataeans also known as Nabateans occupied southern Jordan, Canaan and Northern Arabia, starting in the 6th century BCE. Their legacy is epitomised by the beautiful city of Petra carved from the solid sandstone rock of the Jordan mountains. They are also remembered for their skill in water engineering, managing a complex system of dams, canals and reservoirs which helped them thrive in the arid region. Nabatean writing would eventually develop over the centuries to become the modern day Arabic, and it wasn’t until recently that its evolution could be retraced. They established vast trade routes and commerce making them an advanced civilization. Little is known about their culture since no literary material survives to bear testimony. Around 65 BCE, they were overtaken by the Romans and around the 4th century BCE the Nabataeans left Petra and eventually disappeared leaving no traces whatsoever.

The Cucuteni-Trypillia culture dates back from 5500-2750 BCE. It extended from Carpathian Mountains, to modern day Moldova, a significant part of Ukraine and north eastern Romania.

This mysterious civilization is characterised by their uniquely patterned pottery and their bizzare habit of burning down their villages every 60-80 years. The villages were again built on top of the ashes over and over again. One particular area was found to have 13 sites built one over the other. About 3000 Cucuteni-Trypillian archaeological sites have been identified so far.

They may have been wiped due to climatic changes but many theories also suggest that they may have merged with other cultural groups until their own culture was completely lost.

The Indus Valley Civilization also known as the Harappan Civilization was one of the largest, early, urban settlement of any continent and existed from 3300 BCE to 1300 BCE. This civilization spread over modern day North Eastern Afghanistan, through much of Pakistan and into western and north western India. It flourished in the basin of the Indus River. Its cities were noted for their urban planning, baked brick houses, elaborate drainage systems, water supply systems, new techniques in handicrafts and metallurgy. There is also evidence of proficiency in Mathematics, Engineering and Protodentistry. It is likely that this civilization suffered from gradual changes in rainfall pattern and possible invasion by Indo European tribes were reasons for the virtual abandonment of this civilization. The Aksumite Civilization flourished between 4th century BCE to 1st century CE. It was located in what is now part of northern Ethiopia, Eritrea, Yemen, southern Saudi Arabia and northern Sudan. Theorized to be the home of Queen of Sheba, this civilization was a major participant in trade with the Roman Empire and ancient India. The Aksumite rulers facilitated trade by minting their own Aksumite currency. The civilization had its own alphabet and erected enormous obelisks including the Obelisk of Axum which still stands. It was the first major empire to convert to Christianity. Axsum’s decline has been variously attributed to economic isolation, due to the expansion of the Islamic empire, invasions or climatic change which altered the flood pattern of the Nile.

The Mayan Civilization prospered in an area that encompasses southeastern Mexico, all of Guatemala and Belize, and the western portion of the Honduras and El Salvador. The principle architecture of the city included palaces, pyramid-temples, ceremonial ballcourts and structures aligned for astronomical observation. The Mayans were literate and developed a complex system of hieroglyphic writing. The Mayans recorded their history and ritual knowledge in screenfold books. They also developed highly complicated series of interlocking ritual calendars and employed mathematics which included the earliest concept towards the evolution of the zero. Their highly sophisticated art forms were practised on wood, jade, obsidian, ceramics and stone. Linguists dubbed the language they spoke as ProtoMayan. The Mayan Civilization is perhaps the classic example of a civilization that was completely lost, maybe due to climatic changes in the region combined with internal conflict amongst its people. 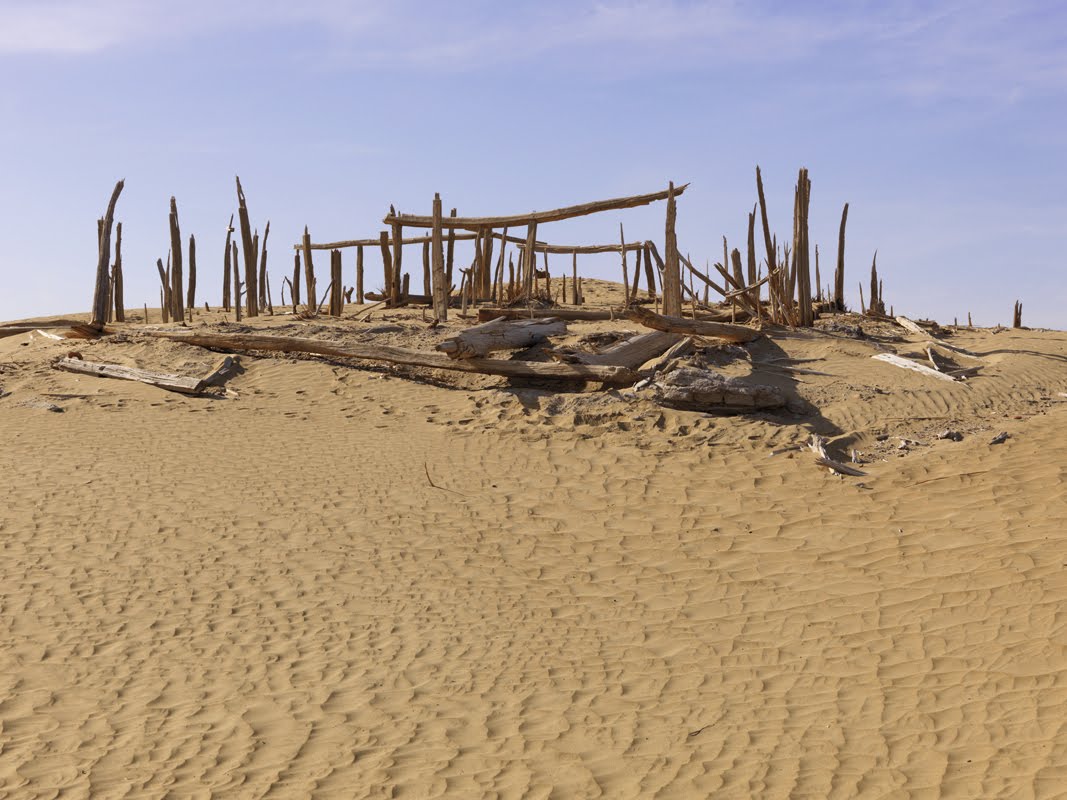 The Niya Civilization is now a desolate spot in the Taklamakan Desert in Xinjiang province in China. It is believed to have prevailed between 206 BCE to 220 CE. Niya was once a major commercial centre, on an oasis, on the southern arm of the Silk Route at the southern part of the Taklamakan Desert. Camel caravans carried Chinese silk, tea and porcelain west and brought European gold, glassware and silver east. It has been documented that Niya had 480 households with 3360 members and 500 soldiers. Amongst the various discoveries made in this area include images of flying dragons on girders, Buddhist paintings and several artifacts. Excavation of the Falu manuscript from this abandoned civilization is one of the most important finds since it documents every aspect of the civilization.

The people seemed to have knowledge of advanced agricultural practices and in order to prevent soil erosion and the devastating effect of wind blown sand several vast areas were planted with poplar trees. Inspite of all these precautions, the wind driven sands eventually buried Niya. It has not however been established as to whether the people fled in haste due to a sandstorm of tsunami like proportions or was a gradual migration due to the adverse environmental conditions. 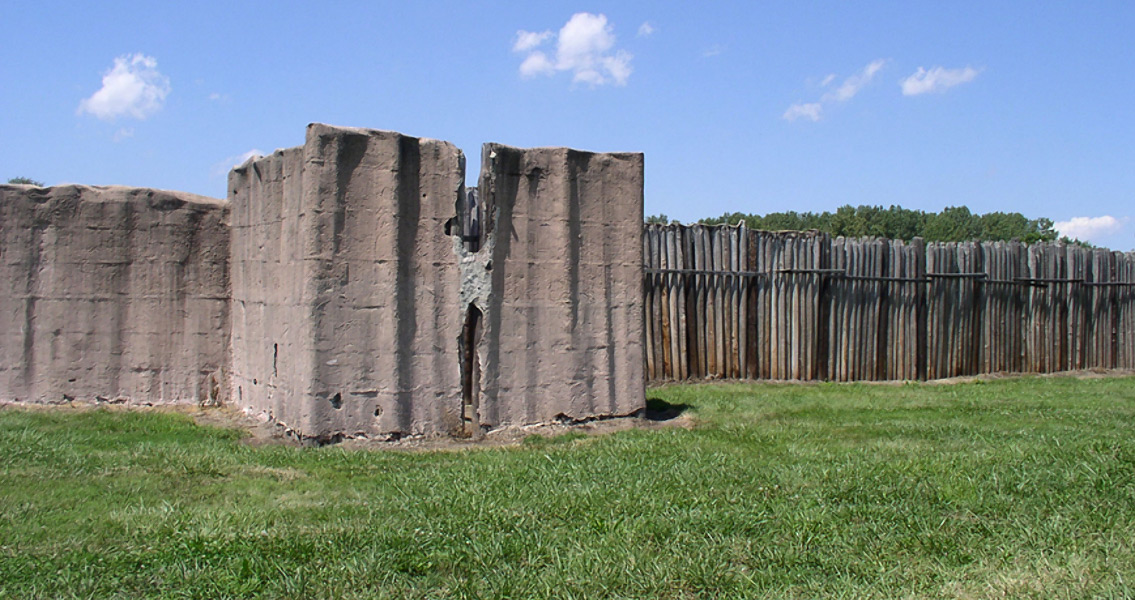 This civilization reached its peak between 600CE and 1400CE and sprawled across 6 square miles containing about hundred earthen mounds with an enormous plaza at its centre. The region is located in what is now known as central and southeastern United States. The mounds are now part of the UNESCO World Heritage Sites in the United Nations. The inhabitants did not seem to maintain any written record but the pottery, artifacts and the man made mounds have helped to reconstruct their existence. Encompassing of a population of almost 40000 people, the city boasted of brilliant artists, architects and farmers. Shells, copper and stone were effectively used for creation of the artworks. The people were ingenious enough to redirect a branch of the Mississippi and Illinois rivers to assist their agricultural needs. Cahokia was abandoned possibly due to invasion from outsiders and significant floods say some historians while still others feel that a lack of a proper sanitary system gave rise to diseases and famine which caused its abandonment.

Do you know any more ancient civiliazation that collapsed? Let us know in the comments section!