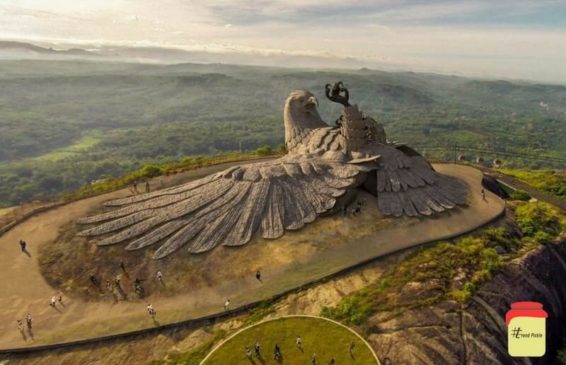 A complete treat to visitors’ eyes, the world’s largest bird sculpture is the recreation of Mr. Rajiv Anchal’s years of aspiration. Jatayu Nature park combines arts, adventure, leisure, mythology, technology, culture, and wellness to give its visitors quality time. The park gives every visitor a hypnotic experience which they can remember for the lifetime. You will get absolutely mesmerized at the theatrical magic and virtual reality museum which depict the story of the mythical bird Jatayu and its times. The museum will educate and enhance the experience of the mythology. Jatayu has been described in Ramayana as a bird who tried to rescue Sita when Ravana was abducting her. Despite being very old Jatayu fought very bravely with Ravana but could not stop him and fell on the earth while fighting. Lord Rama and Lakshmana found injured and dying Jatayu in their search for Sita, he informs them of the fight between him and Ravana and tells them that Ravana had gone towards South.

According to the legend, it is believed that Jatayu fell on the rocks in Rameshwaram, India after his wings were chopped off by Ravana. Formerly, the place was called Jatayumangalam. There are many places in India where are believed to be the spot where Jatayu may have fallen down. Rocks here holds striking carvings of Jatayu’s beak mark hence many believe this to be the place where Jatayu fell down after his wings were chopped by Ravana.

Lepakshi is a culturally, historically and archaeologically significant village in Andhra Pradesh. The village is also regarded as the place where Jatayu fell after being wounded by Ravana. Lord Rama then performed the last rites of Jatayu with full honor. Ramarkal Mettu is the place where the last rites were performed. Lord Rama is said to have commanded the bird to rise Le Pakshi (‘rise, bird’), hence the village has got its name. 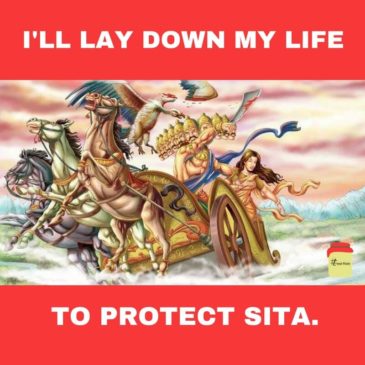 Where to Look for an Adventure in Utah