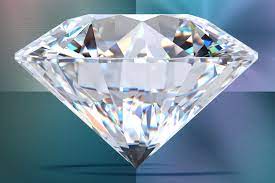 Some luxuries are hard to buy. It’s because, despite their ordinary look, they manage to empty the pockets of well-known billionaires. Richie Riches goes on and buy these immensely expensive items at auctions to show off their royalty. After all, a little display of success won’t harm anyone.

But what makes these items so special? Have you ever wondered, what makes these items so expensive and rare? From rare flowers to the most expensive piano in the world, there are tons of items with price tags you would not believe! These items are so extravagant that some can only dream of buying these in their lifetime. We have provided you with an article regarding this. Here is a list of the top 20 most expensive things in the world.

These are symbiotic fungi that grow on the roots of trees in certain parts of Europe, and simply put, they are some of the most expensive culinary ingredients in the world. White Truffles are the rarest form of truffle, topping even the winter black truffle in price and in difficult to locate. The fungi’s appearance is very deceiving as they are valued at up to $5 per gram or $2,000 per pound.

Saffron is the most expensive spice in the world. At US$5,000 per kg or higher, saffron has long been the world’s costliest spice by weight. In the 21st century, Iran produces some 90% of the world’s total saffron. Each flower comes with thin threads that have to be de-threaded by hand. It takes the growers about 150,000 flowers to get at least 1 kilogram of saffron.

Plutonium, a radioactive element, is a silvery-grey metal that tarnishes the instant it is exposed to the outside air. This metal is thus a key element of the nuclear power Industry. Plutonium is no ordinary metal because one-third of the total energy produced in nuclear plants around the world comes from this metal. Plutonium is priced at an astonishing$4,000 per gram across the world.

The shimmering appearance of silk is due to the triangular prism-like structure of the silk fiber, which allows silk cloth to refract incoming light at different angles thus producing different colors. This is one of the reasons why silk is the most expensive fabric. The sari was produced by Chennai Silks, India, and features images of 11 paintings by Indian artist Raja Ravi Varma. The saree was sold for US$100,000.

Rhodium is one of the rarest elements found under the Earth’s surface, and it is this rarity that impacts its price and commercial use. It is sold for $435 per gram. Although rhodium does have uses in jewelry and decoration, usually being electroplated onto white gold or platinum to give it a reflective surface, it is the commercial uses that really make this mineral expensive.

This mineral comes from the Earth’s mantle, and, before the 20th century, most diamonds came from alluvial deposits created by loose clay, sand, and silt deposited by running water. While we are all familiar with white diamonds, some of the most expensive to ever be sold are the red diamond and pink diamond, two variations of fancy-colored diamonds that are even rarer than their white counterparts. They are sold for $1800 per carat.

Nigiri sushi is that familiar style of sushi made up of an oval-shaped mound of rice with a slice of (usually) raw fish on top. Nigiri is a type of sushi where the rice is molded by hand and the fish or other topping is pressed by hand atop the rice. And it’s the stickiness of the rice, combined with the moisture from the topping, that helps to adhere the strip of raw fish to the mound of rice underneath. However, the most expensive Nigiri sushi was the one, prepared by Chef Angelito Araneta Jr., of the Philippines worth US$1,978. The record-setting sushi, prepared in 2010, was garnished with diamonds and wrapped in 24-carat gold leaf.

Taaffeite is the only gemstone in existence that was discovered from an actual faceted stone. Given its uniqueness, Taaffeite is priced between $2,500 and $20,000 per gram. In terms of carats, it costs around $2,400per carat. This mauve-colored stone is even rarer than precious diamonds.

Beluga caviar is the most expensive type of caviar, with market prices, at the beginning of the millennium, ranging from $7,000 to $10,000/kg ($3,200 to $4,500/lb).Beluga Caviar is caviar consisting of the roe (or eggs) of the beluga sturgeon Huso Huso. The fish is found primarily in the Caspian sea. The most expensive caviar is “Almas”, golden caviar produced by a very rare female albino sturgeon between 60 and 100 years old, which swims in the southern Caspian Sea near Iran where apparently less pollution exists. Very few of the albino variety are left in the wild since the lack of melanin is a genetic disorder that only affects a few members of the species. A kilogram (2 lb 3 oz) is regularly sold for £20,000 (then USD 34,500).

White wines expire faster than red wines but the 1811 Chateau d’Yquem can last for centuries because of the high amounts of residual sugar in it. In July 2011, an 1811 bottle of Château d’Yquem sold for £75,000 ($117,000) at The Ritz Hotel London to a private collector, Christian Vannneque, to become the most expensive bottle of white wine ever sold.

The Graff Pink is a rare 24.78-carat pink diamond, once owned by American celebrity jeweler Harry Winston. The diamond, mounted in a ring, was sold by Sotheby’s auctioneers in Geneva, Switzerland on 16 November 2010. Before its sale, the stone was expected to enter the list of the top ten most expensive diamonds in the world; on selling for the US $46 million (£29 million) it became the most expensive single jewel ever sold at auction at that time.

This white silver metal is valued as high as $48 per gram or $1,365 per ounce. Platinum is more expensive than most metals due to its unique and rare qualities. It is much harder and more expensive to mine and refines platinum than gold. That is why jewelers sell platinum at a price that will justify the mining of this metal. Although it is often used to make car parts and other electrical equipment, the rich use it to make fine jewelry.

The most expensive car was made 55 years ago in 1963. The price 1963 Ferrari GTO is increasing over time. A car collector purchased this red beauty from the United Kingdom for the amount of $35 million at an auction. After obtaining him the price has increased by 50% making it the most expensive car of all time.

Antilia is a private residence in the billionaire’s row of Mumbai, India, named after the mythical island Antilia. It is the residence of the Indian billionaire Mukesh Ambani and his family, who moved into it in 2012. The skyscraper-mansion is one of the world’s largest and most elaborate private homes, at 27 stories, 173 meters (568 ft) tall, over 37,000 square meters (400,000 sq ft), and with amenities such as three helipads, a 168-car garage, a ballroom, 9 high-speed elevators, a 50-seat theatre, terrace gardens, swimming pool, spa, health center, a temple, and a snow room that spits out snowflakes from the walls. As of 2014, it is considered the world’s most expensive private residence costing between US$1 and 2 billion to build.

Antimatter includes several antiparticles of ordinary matter’s particles. This has been produced only in a few nanograms till now. This is because antimatter is not only difficult to produce but also excessively costly. Its use is limited to heavy-duty scientific and research purposes. It is expected to be used for fuelling spaceships in the near future. Antimatter costs an unimaginable $100 trillion per gram.

A piano, made using crystal, is one of the most expensive musical instruments in the world. This piano costs $3.2 million. Heintzman & Co., a Canadian company, manufactured this masterpiece with a glass-like appearance. Since it is laden with delicate and expensive crystals, this piano was retired after having been played only once at the Beijing Olympic Games in 2008.

The rhino horn is considered to be a prized possession for anyone who comes across it. Its importance traces back to ancient Greece when the Rhino horn was believed to purify water. The horn is highly valued, selling at an exorbitant price of $55 per gram or $25,000 per pound.

Methamphetamine, also known as crystal meth, is sold at a steep price higher than the average prescription of standard medication. It is sold for $120 per gram or $1,600 per ounce. Like heroin, this drug is also known to induce strong euphoric effects. This drug is prevalent among teen groups who can afford to go outside of their spending limit.

It is a radioactive hydrogen isotope that is also used in scientific and medical settings. Surprisingly, Tritium is priced at $30,000 per gram worldwide. Tritium is a naturally occurring substance that is used as an energy source in several tools and objects like watches, keychains, etc. Most importantly, it is used as a nuclear fission fuel.

RAPHAEL’S HEAD OF A MUSE

Head of a Muse is a drawing by Raphael used as a study for one of his frescoes in the Vatican. It was sold at $47.9 million when it was auctioned for 150 years. The small drawing, on which the artist could experiment with the details of the image, acted as a reference tool for the painting of the fresco.

Q1. Name the most expensive wine sold at an auction.

Q2. Name the most expensive private residence in the world.

Also Read -   Top 20 Best Dialogues Of Sunny Deol that will give you goosebumps!
Powered by Inline Related Posts
previous post

Alcohol and Prozac: Learn More About the Harmful Effects of Mixing the Two

Top 5 Resources to Use During Preparation for Microsoft 70-486

5 Common mistakes, not to commit while creating YouTube Videos