A widely spread wildlife reserve near Sawai Madhopur in Rajasthan, Ranthambore National Park is home to a variety of wildlife that includes tigers, sloth bears, leopards as well as Sambars.

A safari in Ranthambore is one you cannot miss at any cost as one gets to enjoy a fascinating ride through the forests while also spotting various animals.

Best time to visit: October – June, while tiger sightings are more during March-May. This forested wildlife sanctuary in Uttarakhand is one of India’s most popular wildlife parks and is known for its Bengal tigers. Apart from tigers, this wildlife sanctuary also boasts of animals such as Himalayan Tahr, Serow, Goral, etc. The wildlife safari here is so popular that people from different parts of the world come here to get a glimpse of the beautiful animals. One of the Best Wildlife Safari Space in India.

Best time to visit: Mid- November to June, while March-May is best months for tiger spotting. 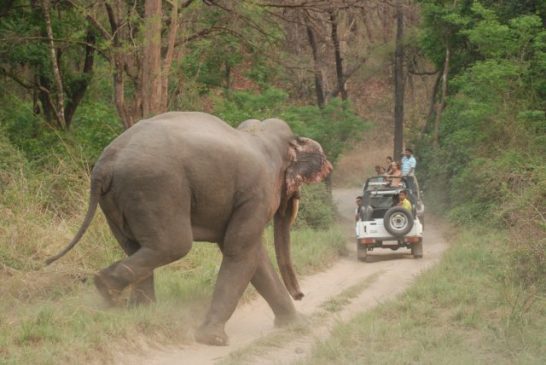 An amazing wildlife sanctuary on the western Gujarati peninsula, the Sasan- Gir national park was established in 1965 for the protection of Asiatic lions. Apart from these lions, there are other carnivores such as India Fox, Jackals, striped Hyenas as well as a variety of bird and reptile species found here. The only place to see the Asiatic lions, this fascinating sanctuary is spread over an area of 1412 km square. This is a vast expanse of forest and grassland spread over a total area of 940 km square in the state of Madhya Pradesh. Popular for being a tiger reserve, this national park also houses other animals such as Indian leopards, sloth bears, Indian wild dog, etc.

A wildlife safari in this park is a real treat considering the climatic conditions as well as the variety of animals one can sight. 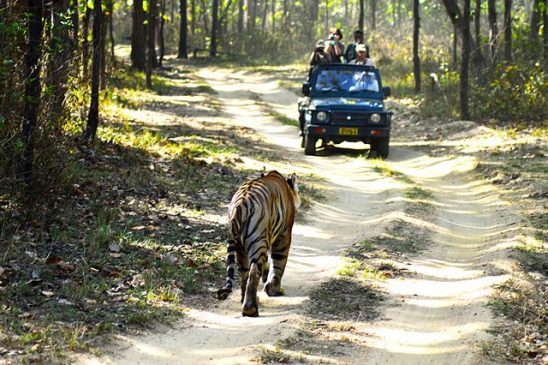 Situated at the border of Assam and Bhutan, this UNESCO World Heritage site is a Project Tiger reserve, an elephant reserve as well as a biosphere reserve. One can enjoy jeep tours, elephant rides or even raft excursions in the waters here. It covers an area of around 950 km square and is home to a variety of animals such as tigers, pygmy hog, Indian elephant, Indian rhinoceros. This is a massive coastal mangrove forest, open out across West Bengal as well as Bangladesh. Popular for its Royal Bengal tigers, the Sundarbans is also home to various other endangered species such as the estuarine crocodile as also the Ganges River dolphin.

The park also houses a wide range of birds and reptiles which makes the wildlife Safari one of the most pleasing and satisfying experiences. Hemis National Park is an extremely magnificent national park situated at a high altitude in Ladakh.With high altitude, chilling cold weather and beautiful animals, this national park is a real paradise for all the nature lovers. Spread widely in the eastern Ladakh region.

This national park houses a variety of species of mammals and birds along with Snow leopards, Ibex, Blue sheep, etc.

Best time to visit: May – September. Closed in November. 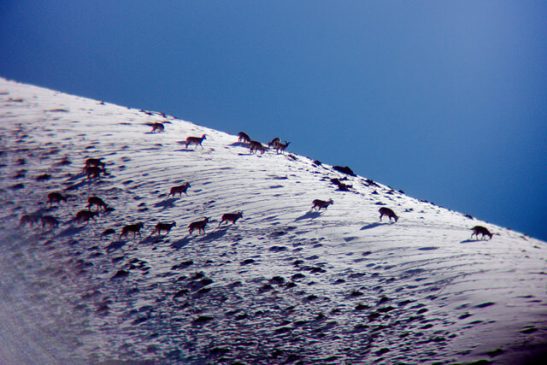 Spread across about 430 square kilometres. The Kaziranga National Park is a protected area in Assam. The Kaziranga is home to the largest number of one-horned Rhinoceros in the entire world.

Established in 1908, this national park is also a UNESCO World Heritage Site. While it is popular for its rhinos, Kaziranga National Park is also home to various other animals such as bears, panthers, elephants as well as a variety of birds. Located in the picturesque Western Ghats of Kerala and is primarily, home to a large population of tigers and elephants. Spread over an area of about 305 square kilometers.

the national park also houses other animals such as Indian bison, leopards as well as the rare lion-tailed macaques. One can also enjoy boating in the waters here, which helps in getting real close to the animals. Situated on the Madhya Pradesh – Maharashtra border. The Pench National Park in Seoni and Chhindwara districts of Madhya Pradesh is a fantastic tiger reserve that receives tourists from different parts of the world every year.

Established way back in 1975, this national park also consists of Nilgai, Leopards, Wild Boars, etc along with a large number of tigers. The national park is named after the Pench river that flows through the park.This is one of the best Wildlife Safari in India. Thus, these national parks are nothing short of a wonderland for all those who love watching animals, not caged like in zoos but free and unrestricted like in forests.

These are the Safari Parks you must visit in order to watch the different animals in the lush green forests.

Do you know of any such Safari Parks in India that could be join to this list? Let us know in the comments below.

7 Trendy Shoe Styles Every Man Should Own

How to Save Money while shopping Online in India?

11 Best Places to visit for a Spiritual Trip in India