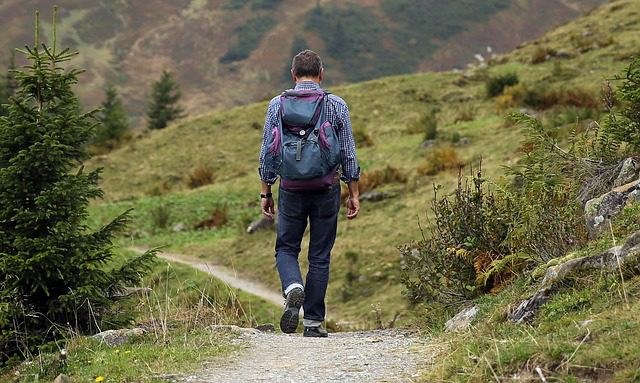 One of the most fascinating treks in Ladakh also known as ‘Tea House Trek’ It is a challenging trek, with loads of stream crossings, steep ascents, and descents from two high passes and long daily walks, and is recommended for experienced trekkers. Walking past through beautiful Buddhist Monasteries, exotic wildlife, and unusual shear canyons it offers us an authentic look of this trek. The best time to do this trek is between the months of June and September. So, gear up for a beautiful and culturally rich experience and let the serenity of the landscapes knock the stress out of your life. 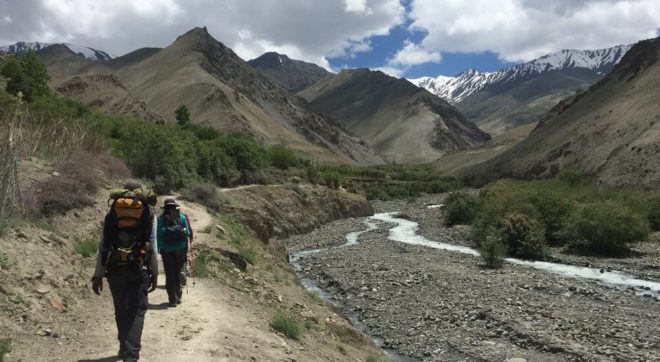 How to plan a trip to Classical Markha Valley Trek?

The flight takes us over the Greater Himalayas and makes an exciting landing at one of the highest airports in the world. Transfer to hotel.

The trail goes through a flat and desolate plain along the river Indus and swings into the mountains along the pretty, willow-lined Zingchan gorge.

The trail to Markha is not too strenuous, rising about 300m across 22km, crossing the Markha River a couple of times. Markha is a substantial village, complete with a derelict fort on the hillside and a small village monastery.

Kang Yatse (6400m), a magnificent snow-clad mountain commands the views for the next two days. A popular place to spot herds of blue sheep slide up and down the steep cliffs with incredible agility.

Day6 Trek Thachugtse- Nimaling
You pass several Mani (stones with prayer inscriptions) walls and suddenly come across a small lake. The view is wonderful from here – both of Kang Yatse, whose bulk gets reflected in the still waters of the lake, and also of the Markha Valley which we are now well above.

As one climbs the last short but steep slope to the top there are good views over the Zanskar range and of the vertical ice walls on the north face of Kang Yatse. Reserve two days of your trip for the climb which would allow for contingencies due to bad weather. Fluttering with prayer flags the summit rewards with wide open views, the Karakoram Range & Ladakh range on the north, the Zanskar range on the west and a bird’s eye view of the Indus valley and the Leh city. The trail eases out to reach the river bed at Chuskirmo.

Day8 Trek to Shang Sumdo and drive back to Leh

Trek along the river bed with ease trail we hit Shang Sumdo where our vehicles would be waiting for us. Later drive to Leh.

It’s the most challenging of all the treks around this area it involves crossing high passes and descending steeply back down to river valleys before climbing yet another pass. Located on the bank of Bhaga River in Lahaul, a small village that is mostly inhabited by the Himalayan tribes. It connects the remote terrains of Himachal Pradesh with the ancient hues of Indo – Tibetans in Lamayuru at Ladakh. So, gear up your guts for this trek as its going to give you chills.

How to plan a trip toDarcha to Lamayuru Trek?

Early morning drive from Manali to Darcha. Arrive Darcha and overnight in Camp.

Leave Darcha, We start our journey with an easy walk into the valley. En route, we will visit the Chika and Rarik monasteries

We cross the river by a hanging pulley. Overnight at Zanskar Sumdo

Early morning trek from Zanskar Sumdo to Chumi Napo. The route leaves the valley and starts climbing up quite steeply towards the Shingo La pass.

Prayer flags flapping in the wind mark the Shingo La pass, surrounded with fascinating views of the glaciers. An easy traverse of a glacier takes us to the valley and to the Lakham yak pastures.

A gradual descent along the Kurgiak River, lined with Mani walls. On the way, we will come across a few Doksas, where yaks are kept in the summertime.

The trail is now boarded by meadows of flowers and barley fields. Shortens are spread all the way and highlight the religious fervor of the Zanskaris.

The trail goes up and down along the Tsarap River. On arriving at Mune, we will visit its monastery.

En route we visit Bardan monastery, one of the most important in the area. Overnight in Padum.

Drive from Padum to Kargil, Overnight at Kargil

Drive from Kargil to Leh, Overnight at Leh hotel.

Discovered as an alternate passage to the Spiti Valley, Pin Parvati Trek is counted amongst the most thrilling and challenging trails in the country. It is one of the high altitude mountain passes in the Indian Himalayan region and was once crossed by Sir Louis Dane in 1884. It acts as a bridge between the fertile and rich Parvati valley of Kullu region and Pin valley of Spiti region. It is recommended that only experienced trekker should trek. The Pin Parvati Pass trek is considered as the shortest route between the Kullu and Spiti valley and the journey sees frequent changes of landscape, from evergreen to barren and rugged. On the path, you will see the Pandu Bridge, which is made of a single rock on the river Parvati. It is believed to have been built by the Pandavas during their exile in the Himalayas. Best time to do this trek is in the early months of the year and in the monsoons from July-September.

How to plan a trip to Parvati Pass Trek?

Arrival at Manali by morning. On arrival transfer to hotel for relaxes. At leisure visit Hadimba Devi Temple, old Manali, Tibetan Monastery and the mall. Overnight stay in the hotel.

The trek commences through dense forests and flower-strewn meadows. The progress is gradual and slow as it’s a steep climb to Tunda Bhuj.

The trail continues through a landscape strewn with waterfalls, lakes, and meadows till Thakur Kuan.

It’s another day of the steep climb to reach the high altitude meadow of Odi Thach.

The trek up to Mantalai Lake is a gradual climb. Once at the lake, you can see the Mantalai Glacier, which is the source of the river Parvati. On the path, you will see the Pandu Bridge, which is made of a single rock on the river Parvati. It is said to make by the Pandavas during their exile in the Himalayas.

Ascend to the base camp of Mount Parvati which also serves as the base of the pass.

Day9 Base of Parvati Pass-Campsite over Pass

A steep climb takes you to Pin Pass (5300m). At the top of a large snow-filled, crevassed hollow leads to the broad rocky saddle of the pass. At the top, one can see a splendid view of the snowy mountains of Hampta region on one side and the Pin valley of Spiti on the other.

Trek along the Pin River into the Pin Valley National park. Look out for the elusive snow leopards, musk deer and ibex.

Trek through the barren, stark landscape of Spiti to Mud, a pretty village perched on a hillside.

Walk through the rough road up to Gulling with a grand view of the local villages and a barren land of the “middle country”. A jeep will be waiting at Gulling and drive same day to Kaza. Overnight in Kaza.

Monastic sightseeing in and around Kaza. Visit the Ki monastery, Kibber village, Dhankar monastery, and Tabo monastery. Return to Kaza for the night.

Drive to the Kunzum Pass, which provides the main approach to Lahaul from Spiti. From there head to Manali via Keylong, Koksar and Rohtang Pass.