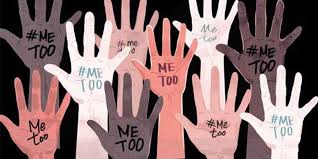 #Metoo movement is said to reach the land of India also and has caught some very well known personalities in its claws. This has certainly taken the country in a state of shock. Some names are those which were not at all expected to be a part of this but ever since they have emerged every citizen in full of a dilemma in their minds. So let us all see those names one by one that got exposed in MeToo India:

He is a legendary actor who has been part of the best movies throughout his career. He has always been considered to be a respected gentleman. This was one of the major reason for a backlash received by Tanushree Dutta who is also an actress but has been away from the screen for quite some time and the incident she was referring to was nearly a decade old and she was the first one to start the movement throughout the country. There was a mixed response as some supported her whereas the other did not. Both the parties have started a legal proceeding against each other. However, the CINTA has confirmed of receiving a complaint but did not proceed the case further but they have reopened the case currently.

He is a well-known name in the film industry and director of many comedy movies has also faced the brunt of the movement and have been accused by one of the supporting cast of Housefull series that she had faced sexual harassment in the hands of the director who made lewd comments and asked her inappropriate questions. She had received the support from numerous actresses who have already worked with him. Actor Akshay Kumar also showed his support by halting the shooting of the upcoming part of the franchise. As a result, Sajid has stepped down from the director seat.

Sajid Khan has preyed on women in the industry for years. Here’s my story. #MeToo pic.twitter.com/Rufzs9dsp6

He is one of the highly versatile actors of the country and acted in many famous movies like Kapoor and sons, Bheja fry many more. He has also been accused of the same charges which have sent out a wave of shock throughout the fraternity.

What about this mr kapoor ? Shame on you. pic.twitter.com/sK3T0a5ifg

He is a well-known comedian in AIB and a top list YouTuber who has been accused by a group of women on touching them inappropriately on being in the drunk state. After the allegations were put he was fast enough to issue an apology which was accepted by the group who had duly accepted it and closed the matter there itself. But accusation did have an effect on his reputation.

I can confirm @KananGill behaviour as I met him in the YouTube FanFest in 2015-16 and we got to meet face to face & when I asked for a pic, he grabbed my shoulders tight and twisted me around to face the camera. I felt I was man-handled and I remember telling this to a friend https://t.co/agziJLbHYN

He is also a part of AIB and is a leading comedian who had been accused of making another fellow female comedian uncomfortable with his behaviour and actions physically. She chose to keep her identity anonymous but raised her voice which had lead to the removal of Sourav from the organisation and had to apologize for his behaviour.

Another well-known comedian who happens to be the CEO of AIB and one of the four co-founders of the AIB had to step down from his position. Although he was not directly involved in sexual harassment he had been accused of overlooking the matter against Sourav and did not take an appropriate action. He had apologized and parted ways.

She is also a part of AIB who has been accused by the fellow female comedian Kaneez Sureka of violating her personal space by kissing her during an ongoing show forcibly. Her action had caused mental stress to Kaneez although Aditi had issued an apology yet it does not reduce the magnitude of the inappropriateness of her actions. It also implies that not only males but even females are displaying unacceptable conduct.

Aditi mittal any reply ? Just sorry? If some guy kiss you and says sorry will it be ok? pic.twitter.com/8WY6P0Bx2B

Another name which has brought goosebumps nationwide. He was also a respectable actor worked in more than 150 films throughout his career. He is so famous for his work and has always portrayed characters which were very ideal and was nicknamed as the “Sanskari babuji”. But this news of him raping Veena Anand a famous writer and director nearly 2 decades ago was highly disturbing in nature and her struggle when she had raised her voice to the channel which instead of taking a stand and supporting her blamed her as well as shelved her shows which were being produced and directed by her was even more painful. On another hand, Alok Nath completely denied the case by stating in his statement that he had faith in her story that she would have been rated but by some other person instead of him. Awake of this instance veteran actress and a talented personality Himani Shivpuri also confirmed the sake that he becomes a completely different person on being drunk and how he tried to force himself upon her in the struggle period. But she was fortunate enough to escape she could not collect enough courage to confront Alok then due to make dominance and he threatening her to spoil her career. She spoke now just to show her support towards Veena.

“I have waited for this moment to come for 19 years.” @vintananda‘s heart-wrenching post which reaffirms that #TimesUp, even for the (so-called) “most #Sanskaari person in the film and television industry.” #MeToo #MeTooIndia pic.twitter.com/YygO1SfLMR

The famous IIT and IIM graduate who became an author and is famous for his work like three mistakes of my life, five points someone, 2 states, one night at a call centre, half girlfriend and many more out of which the following above are already successful motion pictures was accused by an unknown female of sending her messages that somewhat made her uncomfortable, she posted them online to in form of screenshots of WhatsApp messages. Chetan had issued an apology regarding the same but the damage was done.

Lastly I ask him and everyone else to READ my piece. Relevant portions are posted. pic.twitter.com/V2HCyk6WSW

The union minister who had recently been accused of sexual harassment by a female politician was very shocking. She commenced the legal proceedings against himself although Akbar continued to deny the accusations. But now after the matter had reached Sushma Swaraj and protest from higher authorities he is forced 5o step down from his position. Now it will be the upcoming outcomes from the legal battle would decide his fate.

Very famous singer and composer have been accused by Shweta Pandit another singer from the fraternity of harassing her sexually at the age of 15 when she was barely 15 years of age. She narrates her story on the social networking site Twitter where she recalled the instance of receiving a call from his office for a screening where he made her song few lines and lured her by saying he would make her sing opposite Shaan and Sunidhi but she would have to kiss her first. She also said how shock and terrified she was after the occurrence. Another singer Alisha Chinai also accused him of the same charges of sexual harassment. Although Anu continues to deny the charges against him by reading charges on the female singers who are also about to take the next step of legal action as he has already been sacked from the show named Indian Idol on Sony tv as a judge. Now all we could wait for the outcome of the proceeding.

Had to go back to my worst memory as a teenage girl today to write this and speak up – its now or never. This is my #MeToo and have to warn young girls about #AnuMalik & let you know your #TimesUp @IndiaMeToo
Thank you @sonamohapatra for speaking up about him & supporting this pic.twitter.com/e261pGQyEq

Another famous name from the fraternity of singing in our film industry famous for his talent is accused of sexual harassment by fellow female singer colleague Sona Mohapatra who said that he had touched her inappropriately. She went on to stay that he did not stop doing it despite her displeasure besides this showed no remorse as well.

Hi @SonyTV do women’s testimonies not matter? At least two women have accused him of sexual misconduct. Standard protocol is withholding his platform till an investigation either clears his name/finds him guilty. https://t.co/gm33jk5dgI pic.twitter.com/IyUcCZ7xA8

After, going through all these instances we can clearly make out the difficulties being faced by females in their workplaces. These have gained light because the victims had the courage to stand up for themselves besides that all these were famous personalities who were either the culprit or victim. But still, there will be so many who might be still enduring it all because of the discouragement faced by them. The way they were still being ill-treated how helpless they might be feeling as they cannot tell anyone about the ordeal and if they did how they are mocked, harassed and some are even more, worse as they would be blamed for provoking the men of our society for doing this. But was hurts, even more is that none of them is supported instead rebuke harshly to an extent where they are forced quite jobs. My question to this society why do they not question the men why do they behave like this, why can’t they have manners and respect for the opposite gender. And I believe the day we are successful in getting an answer to these questions maybe then we would be successful in stopping all of these occurrences and eradicate all the mistreatment faced by females. And we all must stand united to take a stand against this issue.

Things You Should Know About Amazon’s CEO Jeff Bezos And His Journey!