The release of the most anticipated movie of 2018, 2.0 is around the corner. Rajinikanth and Akshay Kumar starrer film is set to release worldwide on 29th Nov 2019. Written and directed by S. Shankar, the film is a spiritual successor to 2010 Tamil film Enthiran. Spiritual successor is a term used for work of fiction that does not build upon the storyline used in its prequel work, but it uses the same elements, themes, and styles as its prequel. Director Shankar who is known for grand visuals is set to take the Indian cinema to a new level. A science fiction film loaded with heavy VFX is the most costly Indian film ever made. The Teaser and trailer for the film have already been released. While you wait for the film, here are some interesting facts about 2018 film 2.0 starring Rajinikanth and Akshay Kumar. 2. Shankar initial approached various actors including Kamal Haasan, Aamir Khan, and then Vikram about playing a role in the film, though all the three actors rejected the offer.

3. Hollywood actor Arnold Schwarzenegger, who is a good friend of Shankar was approached to play the villain in the film. But things didn’t work out as he wanted huge fees of Rs.120 crores, which the makers declined to pay. Did you know that Arnold attended the trailer launch event of Shankar’s film “I”? 4. After makers did not sign Arnold, they negotiated with the actors including Hrithik Roshan and Neil Nitin Mukesh. But things could not be finalized.

5. Amitabh Bachchan was also considered for the playing the role of villain in the film but Rajinikanth did not agree as he believed that people won’t accept him in a negative character.

6. Finally, Makers signed on Akshay Kumar to play the antagonist for which Schwarzenegger was initially considered. Amy Jackson who is the lead actress of the film was the one to recommend Akshay Kumar’s name to the makers. She had worked with Akshay in the film “Singh Is Bling” (2015). 7. Amy Jackson who plays lead actress in the film opposite Rajnikanth is 43 years younger to him. 9. The producer of the film is a Srilankan businessman, Allirajah Subaskaran. He is the founder of Lyca Productions which is financing the project.

10. The teaser of the film was scheduled to release on Independence Day but later pushed to Ganesh Chaturthi (September 13th) due to Kerala floods.

12. The Makers started the first scheduled shooting for the film on 16 December 2015. Principal photography wrapped on 22 October 2017.

13. The film contains approximately 1,000 visual effects. Visual effects were sourced out to studios in Hollywood to get the desired output, to make it the film on par with international standards. 14. More than 15 VFX companies were involved in the production of the film. 15. More than 3,000 technicians around the world have worked on the movie. 16. The entire film has been directly shot in 3D. Nirav Shah, the cinematographer for the film visited specialist studios in the United States to research filming methods for 3D shoots.  2.0 is the first Indian film to be shot in 3D. 17. The Makers filmed sequences of the film at Jawaharlal Nehru Stadium in New Delhi depicting an Indian Super League match between Chennaiyin FC and Mumbai City FC. Actors Amitabh Bachchan and Abhishek Bachchan visited the set in the stadium amid speculation of doing a cameo in the film. Makers denied any such claims. 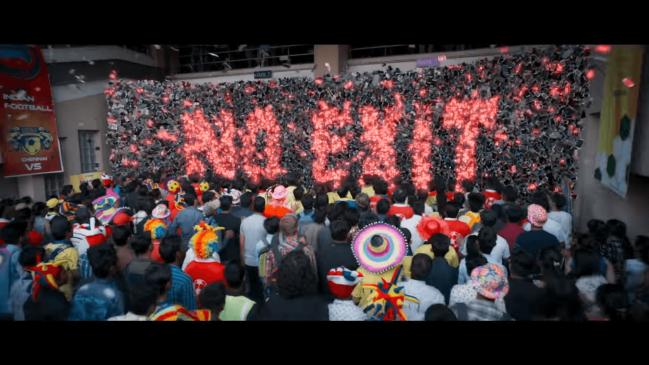 18. A. R. Rahman composed the music of the film. This is the 10th film when AR Rahman and S Shankar joined hands for a film project.

19. Hollywood stunt directors Kenny Bates, known for his work in Transformers: Dark of the Moon (2011) worked as stunt coordinator for the film. 20. Aaron Crippen, known for his work in Batman v Superman: Dawn of Justice (2016) worked in Stunts department of the film.

21. Steve Griffin, known for his work in Inception (2010) worked as action director for this film.

22. It used to take three hours for makeup team to complete the Crowman makeover for Akshay Kumar before the shoot. On Twitter, Akshay revealed through he never wears makeup, 2.0 was completely different experience as he had to wear a lot of makeup.

For an actor who never puts makeup, 2.0 was a different story altogether. To get this look right, I think I must’ve taken longer than the female lead 😂😂 #2Point0 pic.twitter.com/Pqn7F8yJS3

23. As part of the promotions for the film, makers used 100 feet tall hot air balloon over the Hollywood sign. 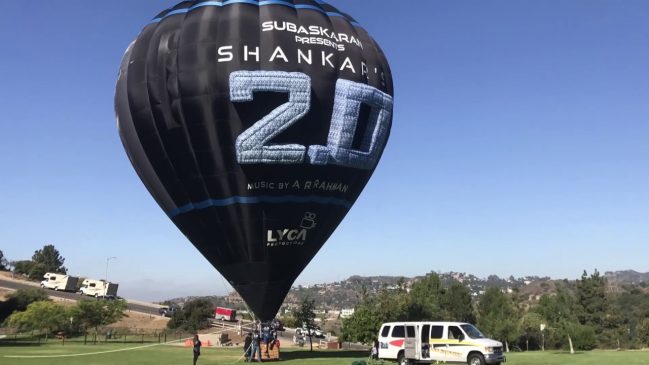 24. More than 1,00,000 smartphones and many more dummy phones were used to shoot the smartphone sequences for the film. 25. At the time of writing, the 2D trailer of 2.0 official Hindi trailer has been viewed over 27 million times.

Get ready to watch the cinematic wonder in theatres. Do you know any other interesting facts about 2018 film 2.0, please let us know in the comments section?

How To Know Yourself Better | Follow These Six Specific Ways To Find Out!