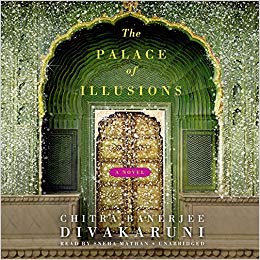 Ever since our birth each one of us has our grandparents narrating to us different stories one of them is Mahabharat. It was in the year 2014 that a new interesting book was launched which had proven to be different from all other books that revolve around the same concept, But The Palace Of Illusions which is written by Chitra Ji. And I am sure it will definitely have the same effect on each and every reader of it’s. So, let us move ahead by exploring each of these 5 distinctive reasons which assist the palace of illusions book to stand all its contemporaries.

Out of the box ideology –

Well up till now the story of Mahabharat we all have been hearing is according to the old traditional sayings, but in this book, the story is entirely parallel to the existing ones because it is from the point of view of the female protagonist Draupadi. She was a great influence and played a very crucial role in the story. The story highlights her struggles, reaction, dilemma, and her agony.

The incredible narration of the author –

The narration of the book is also very incredible because of the flow in which the proceeds from one step to the other. The thoughts, feelings, and consciousness of each and every character are represented in a unique manner. Their reaction to the various situations is very practical and the abiding nature of their personality itself also following all the restrictions also at times they keep the emotions bottled up.

The liberty of sense of doubt being offered to the readers –

The beauty of the book lies in the fact that the readers are allowed to have a sense of doubt which assists in creating a highly strong connection between the readers and the narrator. With each and every event the reader gets more and more engrossed in the story. The readers are liberal to take sides as per their interpretation of the given situation by comprehending the motive and the reason behind that particular occurrence. Each and every character collectively is responsible for the situation.

If you are looking to buy the palace of illusions book, you can buy from here!

Complexity in the relations –

The main focus throughout the course of the book was on the relations which are somewhat similar as well as different from all other narrations of the saga. We clearly get to see glimpses of a brother like affection and admiration of Lord Krishna towards Draupadi mixed with friendly concerns also her undue trust on him, at times it is on his abilities and sometimes admiration for his knowledge as well as powers. He has always stood by her through her thick and thins he even protected her whenever she needed his protection his advice fpf her guiding her towards righteousness. Draupadi has always considered Lord Krishna as the anchor of her life, struggles with advice keeping her enlightened by giving a ray of hope and an optimistic mindset. Maybe it has not been highlighted but observed consistently throughout the book was his agony on sharing Draupadi with his brothers. Although he never had the courage to stand against it yet the displeasure was felt.

A female-centric touch garnishes the story:

Another major reason for the book to attract a large number of readers because of the essence of a female-centric factor. The story focuses majorly on Draupadi and her perspectives. The narrator shows an attraction between Draupadi and Karna which was never expressed. They both knew their feelings but were bound by the chains of relations. Draupadi was always in a dilemma regarding these feelings as she frequently pondered how her life would have turned out to be if she would have been married to Karna. Maybe her struggles and hardships could be different. She could have got something she always craved for which was love and devotion from a man just for her. Maybe her honour would not have been attacked, on the other hand, Karna was also having a similar turmoil of emotions regarding Draupadi. Along with this her regret of failing to devote herself completely to Pandavas. And Bhima’s adoration for her which she knows of but is always guilty of feelings for Karna overshadowing all of it. And her feelings after Karna’s admiration and love for her which she learns of quite late.

After having an insight of all these aspects collectively we can conclude that this book is one of its kind and must be read at least once by all the readers. What is your review of the palace of the illusion in the comments section.

What Are Green Powders and Why Do you need Them?