Some books are sometimes too dear to some readers, some stories are too lovely to let it go, some characters are too catchy to love on and when this enters the next screening level it becomes too good for all.

Know the best novels stories turned into series that have become the blockbuster series of 2018. 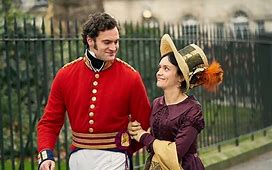 It was produced by Mammoth Screen.

Vanity Fair is a 2018 ITV and Amazon Studios 7-part television series period drama based on the 1848 novel Vanity Fair by William Makepeace Thackeray.

2. “A Discovery of Witches”

Author: Deborah Harkness,  the first book in the “All Souls” trilogy 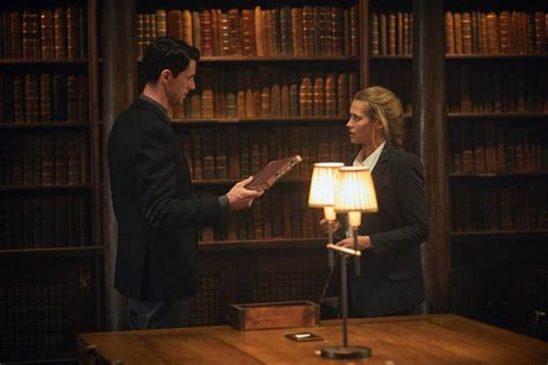 A Discovery of Witches is a British television programme based on the All Souls trilogy by Deborah Harkness, named after the first book in the trilogy of the same name.

Diana Bishop, a historian, and reluctant witch, unexpectedly discovers a bewitched manuscript in Oxford’s Bodleian Library. This discovery forces her back into the world of magic in order to unravel the secrets it holds about magical beings. She is offered help by mysterious geneticist and vampire, Matthew Clairmont. Despite a long-held mistrust between witches and vampires they form an alliance and set out to protect the book and solve the mysteries hidden within while dodging threats from the creature world. 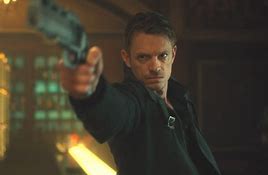 Altered Carbon is an American dystopian science fiction cyberpunk web television series created by Laeta Kalogridis and based on the 2002 novel of the same title by English author Richard K. Morgan.

The series takes place over 360 years in the future, with most episodes set in the year 2384, in a futuristic San Francisco known as Bay City. In the future, a person’s memories and consciousness can be decanted in a disk-shaped device called a cortical stack, which is implanted in the vertebrae at the back of the neck. These storage devices are of alien design and have been reverse engineered and mass produced. Physical human or synthetic bodies are called “sleeves” and stacks can be transferred to new bodies after death, but a person can still be killed if their stack is destroyed. While this theoretically means anyone can live forever, only the wealthiest, known as “Meths” in reference to Methuselah, have the means to do so through clones and remote storage of their consciousness in satellites.

4. “A Series of Unfortunate Events” 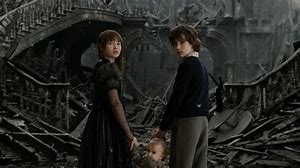 As with the book series, Lemony Snicket’s A Series of Unfortunate Events follows the misadventures of the three Baudelaire children, Violet, Klaus, and Sunny, following the deaths of their parents in the destruction of their home. While the children are shuffled between various foster homes, they are pursued by Count Olaf who desires to gain control of the vast Baudelaire inheritance before the children come of age. Along the way, the Baudelaires discover their parents’ connections to an elusive secret society. 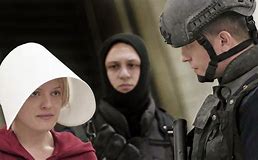 The Handmaid’s Tale is an American dystopian drama web television series created by Bruce Miller, based on the 1985 novel of the same name by Margaret Atwood. It was ordered by the streaming service Hulu as a straight-to-series order of 10 episodes, for which production began in late 2016. 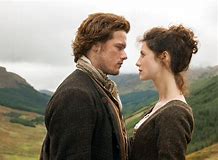 Outlander is a drama television series based upon author Diana Gabaldon’s historical time travel book series of the same name. Developed by Ronald D. Moore and produced by Sony Pictures Television and Left Bank Pictures for Starz, the show premiered on August 9, 2014.

It stars Caitriona Balfe as Claire Randall, a married World War II nurse who in 1945 finds herself transported back to 1743 Scotland, where she encounters the dashing Highland warrior Jamie Fraser (Sam Heughan) and becomes embroiled in the Jacobite risings. 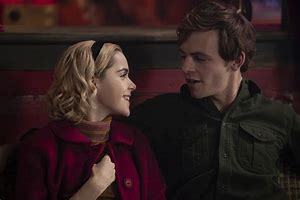 Chilling Adventures of Sabrina is an American supernatural horror web television series developed by Roberto Aguirre-Sacasa for Netflix, based on the Archie comic book series of the same name. 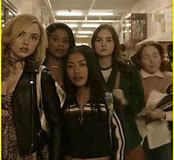 Light as a Feather is an American supernatural thriller web television series, based on the book of the same name by Zoe Aarsen, that premiered on October 12, 2018, on Hulu. The series was created by R. Lee Fleming, Jr. and stars Liana Liberato, Haley Ramm, Ajiona Alexus, Brianne Tju, Peyton List, Jordan Rodrigues, Dylan Sprayberry, and Brent Rivera.

Light as a Feather follows “five teen girls as they deal with the supernatural fallout stemming from an innocent game of “Light as a Feather, Stiff as a Board.” When the girls start dying off in the exact way that was predicted, the survivors must figure out why they’re being targeted — and whether the evil force hunting them down is one of their own.” 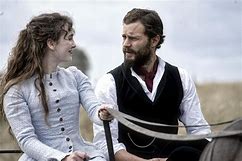 Death and Nightingales (also written Death & Nightingales) is a 2018 television historical drama miniseries, based on the 1992 novel of the same name by author Eugene McCabe. It started to broadcast on RTÉ One in Republic of Ireland on 26 November 2018, and two days later in the UK on BBC Two.

Set in the countryside of Ireland in 1885, the story follows a young woman, Beth Winters (Ann Skelly), and her struggle to control her own destiny. On her 23rd birthday, she decides to escape her limited life and difficult relationship with her landowner stepfather, Billy (Matthew Rhys), with the aid of the charming Liam Ward (Jamie Dornan). 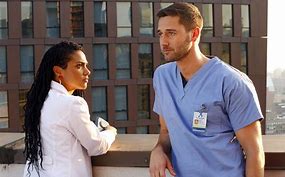 New Amsterdam is an American medical drama television series, based on the book Twelve Patients: Life and Death at Bellevue Hospital by Eric Manheimer, that premiered on September 25, 2018 on NBC. The series was created by David Schulner.

New Amsterdam follows Dr. Max Goodwin as he becomes the medical director of one of the United States’ oldest public hospitals, aiming to reform the neglected facility by tearing up its bureaucracy in order to provide exceptional care to patients.

Author: based on the real-life Project Blue Book, a series of studies on unidentified flying objects. 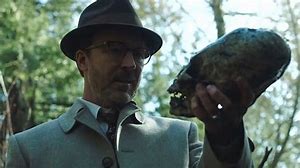 Project Blue Book is an American historical drama television series that premiered on History on January 8, 2019. The series is based on the real-life Project Blue Book, a series of studies on unidentified flying objects.

The series revolves around secret U.S. Air Force investigations into supposed UFO encounters and unexplained phenomenon, undertaken by astrophysicist, and eventual ufologist, Josef Allen Hynek in the 1950s and 1960s

If you haven’t watched any of them, go through and post your comments.

How to get best Customized T-Shirts for Birthday Parties?

5 reasons why you must read the palace of illusions once in your life!