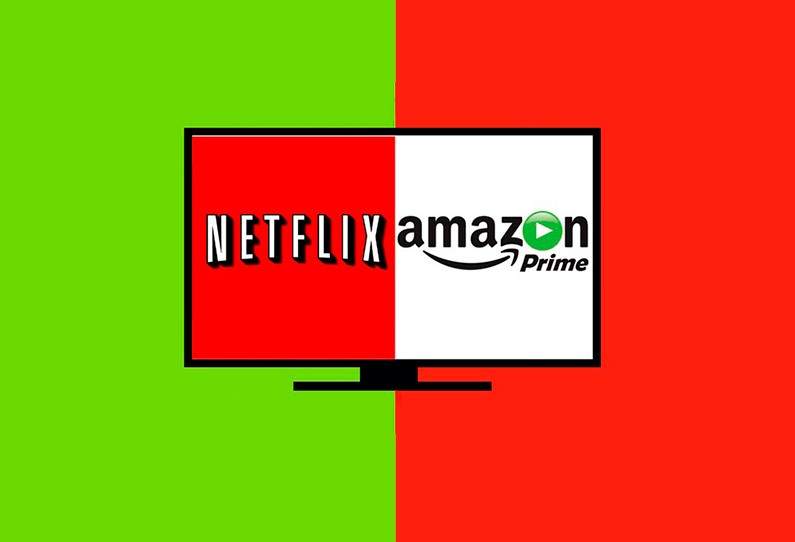 In today’s time, many pay-TV subscribers have shifted their interest in watching shows and movies online because the subscriptions provide viewers with flexibility, ability to skip commercials, and access to sequential episodes. They provide more content delivery as compared to TV subscribers, and that’s what lets them trend in the market currently.

Netflix is considered a major over the top player for online entertainment all over the world. Its strong original content makes it easier to understand it’s popularity. Additionally, amazon prime has also expanded its growth in the past 2 years and has added more benefits, content, and expanded in the market.

In India, the main focus of subscribers is on Netflix, Amazon Prime, and Hotstar. When Netflix entered India, it was hyped a lot and witnessed a gradual slow-down in the number of registered users. It is still consumed by large users because of its brand image, while Amazon Prime and Hotstar are considered as a side business.

Here, let’s look at some differences and help you decide between the top two streaming services available today.

Netflix is no doubt more than a streaming service and has turned into a cultural phenomenon for people to chill and binge-watch. Netflix’s Indian subscriber base is more than 1.2 million, and it’s mostly because of Netflix’s wealth of original and syndicated TV Shows and movies with a simple user interface.

But let’s not forget that Amazon Prime is popular too. Prime has also reached around 1 million subscribers, giving a tough competition to Netflix. It also brings some fantastic original content for all of you and more in the primary language for Indians, Hindi.

Netflix has some worth watching sitcom shows like the 70’s show, friends, and The Office. It has various documentaries and a lot of drama. They are fast becoming a distributor of original movies and TV series like Stranger Things, Orange is the new black, Mindhunter, etc. It puts out every kind of content, from thriller to rom-com to kids shows and movies.

If one’s primary language is Hindi, then Prime is preferred over Netflix. Prime provides you with more regional content than Netflix. One will find Tamil, Telugu, Bengali, and other regional languages movies on Prime. They have also started becoming distributors of some epic TV Shows like Mirzapur, Bandish Bandits, which create traffic for them. When they focus mainly on Indian business, their unique idea is to take the copyright of shows by stand up comedians in India.

Both the services have different and interesting content, so it depends on what genre and language one prefers.

Prime is way much cheaper than Netflix. Prime is charged Rs 999 annually and Rs 129 monthly whereas, for Netflix, the basic plan starts with Rs 500 and goes till 800 per month depending on quality and number of screens.

Recently, Netflix came out with another plan of Rs 200 for mobile phones with one screen at a time and because of which it attracted more subscribers, but if calculated, Prime is still cheaper than Netflix because it has no screen limit and the same quality is provided to everyone. Also, Amazon Prime provides you with free delivery of the products ordered from Amazon on taking the membership.

Both the services are available on the web browser, smart TV, mobile phones, game consoles, dongles, etc. Netflix also has its google Chromecast app, whereas Prime still has to build one and is available through web browsers on your laptop and computers.

If we talk about the picture quality, both services offer content in the range of definitions, but prime video wins out when it comes to streaming in 4K. Though Netflix does offer some TV shows and movies in 4K, for that, one will have to pay extra than the standard plan.

During the pandemic, Netflix also came with the feature of the Netflix Party. It ensures that you and your friends are watching the same TV show or movie on Netflix at the same time from your account, and with a chat box on the side of the screen, allowing everyone to interact with each other.

Both services allow you to watch content offline by downloading a certain video for a specific amount of time.

Netflix is no doubt the best platform for online streaming, but it also weighs on the subscriber’s pocket. Amazon Prime provides you the premium price with premium content. It also gives some additional benefits. Netflix on the other hand gives you wealthy ad-free content.

10 Tips to Improve Customer Experience in Your Physical Shopping Store