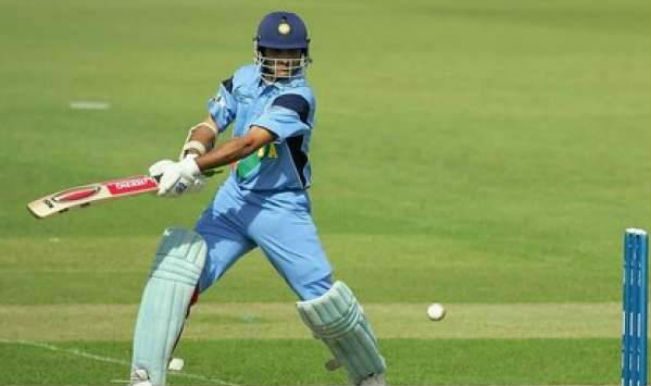 Sourav Ganguly, who is known as the greatest left-handed batsman from India, was born on 8 July 1972. He is not only counted as one of the best batsmen but also, he was one of the greatest captains of the national cricket team. He earned the title, God of the Off Side for his amazing stroke play square of the wicket and through the covers. At present, he is the president of the Cricket Association of Bengal and the president of the Editorial Board with Wisden India. He was awarded the Banga Bibhushan Award from the Government of West Bengal on 20 May 2013. Here are 11 best innings of Saurav Ganguly you can’t afford to miss.

In 1996 he got selected in the Indian team for England tour, but he had to face criticisms. A fight between Mohammad Azharuddin and Navjot Singh Sidhu took place because of the selection of Saurav Ganguly and as a result, he got his maiden Test cap because Navjot Singh Sidhu left as soon as for home in a huff. Despite being in tension Saurav Ganguly made that match treat to watch by batting over seven hours and scored 131.

2. Unbeaten 75 from 75-balls against Pakistan

In the mid-90s, India and Pakistan contested for the annual Sahara Cup in Toronto. In that tournament, Saurav Ganguly was the star as he scored 222 runs at 55.50 and claimed 15 wickets at 10.66. In the fourth One-Day International (ODI) of the series, Ganguly scored 75 from 75-balls by opening the batting and the score in series was 4-0 against Pakistan.

The Karachi ODI series of 1997, India has lost one of the 3 matches, it had to win the next game to stay alive in the series. Pakistan had set a score of 266 in 47 overs for India to win. Ganguly played it very well all against the bowlers like Waqar Younis, Saqlain Mushtaq, Aaqib Javed, Shahid Afridi and Azhar Mahmood setting a score of 89 and helping the middle order Indian batsman to seal the win.

For the third final of the Silver Jubilee Independence Cup at Dhaka, Pakistan has set a total of 315 to win from 48 overs, fighting against the foggy condition, poor light and Pakistani Bowlers attack he helped India to get back into the game with a score of 124 and guiding India to the path of victory.

In November 1999, the third ODI of the India-New Zealand series Indian batsmen had to struggle against Kiwi bowling and Ganguly didn’t get any support at the top. Still, he fought on and scored a classic unbeaten 153 to take India to a total of 261. The only support he got from Robin Singh in the later innings and they added 119 from 69-balls. Later, Ganguly picked up the wicket of the most dangerous Adam Parore and his efforts inspired India to go up 2-1 in the series.

In January 2000, at Adelaide had a faceoff with arch-rivals Pakistan. When no other batsmen from the Indian team reached fifty because of Pakistan’s bowling attack, a mind-blowing Ganguly stood up the challenge against the pace attack led by Wasim Akram and Shoaib Akhtar and a spin by Saqlain. He smacked 141 to take India to 267. He played squarer by taking the advantages of Adelaide’s boundary dimensions that was the display of his intelligence.

In October 2000, after overcoming the trauma of match-fixing, India got his new captain Ganguly who led the young and inexperienced side to the semi-final of the ICC Knockout Champions Trophy, where they had to face the strong South Africans. Ganguly belted a classic unbeaten 141 which ensured India a good score of 295. He also picked up the wicket of Mark Boucher, as India pulled off a 95-run win.

Ganguly faced the downfall before playing against Sri Lanka at Kandy in August 2001 because he was not having scored a single fifty in his last 13 innings. Despite being in terrible form before going into the game, the duo of Ganguly and Dravid defied the odds and belted 91 for the third wicket. He scored the unbeaten 98 which was regarded as an amazing score than the previously registered scores.

In October 2001, at Johannesburg Ganguly triumphantly faced the pace attacks of Pollock, Andre Nel, Makhaya Ntini, Kallis, Klusener and Justin Kemp along with his partner Sachin Tendulkar. They added 193 for the first wicket and Ganguly was dismissed in the 36th over for 127. Before coming back to the pavilion, he belted five sixes and this inning was the significance of his return to form.

11. 51 vs South Africa at Johannesburg

In December 2006, Ganguly made an emotional return after spending a year out of Test Cricket. He made his return with firm determination and he fought out a difficult wicket and helped India get to 249 in the first innings. No other batsmen reached fifty, Ganguly was the only one from India to go past fifty.

The Role Of Wicket-keepers

I do accept as true with all of the ideas you have offered for your post. They are very convincing and can certainly work. Still, the posts are too brief for novices. Could you please prolong them a little from next time? Thank you for the post.