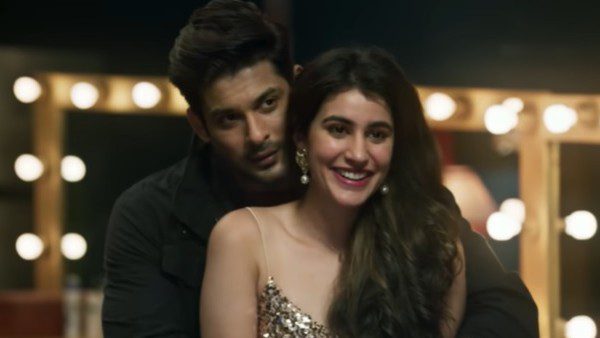 OTT is the King Of Powerhouse Content. With some impeccable content ruling the OTT since the pandemic, it has achieved quite a success in terms of viewership and popularity. With the best OTT series, platforms took the place of mini theatres when Covid cases were on the rise. Many filmmakers kept their bets on it to gain back their audiences. It can be ideally said that 2020- 2021 is the year of OTT platforms. During this period a lot of series and films were greatly liked by people and also received critical acclaim. Let us have a look at 6 upcoming best OTT series to look forward to.

Broken But Beautiful is a popular romance franchise of Alt Balaji which is all about love, heartbreak, and reunions. The first two seasons were given a thumbs up by the audience and had gained fame due to their storyline. Vikrant Massey and Harleen Sethi had played the much-in-love couples in former seasons. Ekta Kapoor had recently launched the poster of Broken But Beautiful 3 with Sidharth Shukla and Sonia Rathee in it. Fans of the show cannot keep calm as they are eagerly waiting to see the love story between the lead pairs, Sidharth and Sonia. Broken But Beautiful 3 is one of the most anticipated web series, will be premiered on ALTBalaji and Zee5 on 29th May.

Code M is a crime thriller revolving around the life of an Indian army officer unmasking the controversy behind an open and shut case of militants. Jennifer Winget had received a lot of praise for her portrayal of a powerful and fearless officer named Monica Mehra. Fans of the franchise are very happy as Code M Season 2 will make its comeback with double the drama, mystery, and thrill on Alt Balaji and Zee5. Former actors Jennifer Winget, Tanuj Virwani, and Aalekh Kapoor will be seen reprising their original roles. The series is slated to release in 2021.

Dimple and Rishi had given major couple goals in season 1 of Mismatched. The series showcased an innocent love story of young teenagers against the backdrop of an app-making college course. The fresh pairing was liked by the audience and it received a lot of love from them. Mismatched season 1 had an abrupt climax which left people eager to know what might happen next in Rishi Shekhawat and Dimple Ahuja’s life. Will Rishi get his future wife? All the answers to these questions will be unveiled in season 2 of Mismatched. Mismatched 2 is speculated to release at the end of 2021 or early 2022.

The Family Man revolves around the life of a middle-class man who secretly works as an undercover agent for the National Investigation Agency. As soon as the release of season 2 was announced the fans were thrilled to know that Telugu actress Samantha Akkineni will make her Hindi digital debut via The Family Man 2. In this season Manoj Bajpayee will be seen solving the cases revolving around Sri Lankan Tamilians. Manoj Bajpayee will reprise his former role along with Priyamani, while Samantha Akkineni is an important twist to the series. The Family Man 2 will be released on Amazon Prime Video on June 4.

Comedy Nights with Kapil fame and talented comedian Sunil Grover has kept aside his comical brilliance and stepped into the world of a crime thriller to play a weird character named Sonu. Sunflower tells the story of an apartment known as ‘Sunflower’ filled with various strange people. Fans are waiting to see the never seen before avatar of Sunil Grover in this housing society crime thriller accompanied by dark humour. Sunflower is written and directed by Vikas Bahl Produced by Reliance Entertainment. It is slated to release on Zee 5 on 11th June 2021.

Rudra – The Edge of Darkness

Bollywood superstar Ajay Devgn is all set to make his OTT debut through the crime thriller, Rudra – The Edge of Darkness. It comes as no surprise as the actor is known to play cop roles brilliantly on screen and in this series too, he will play the role of a hot-blooded and lionhearted police officer. The actor had also shared the first look on his social media post calling it a “ Killer Crime Thriller of the year”. Rudra – The Edge of Darkness is directed by Rajesh Mapuskar and produced by Applause Entertainment and BBC Studios. The premiere date is yet to be announced but is speculated to release on Disney+ Hotstar VIP in 2021.

5 Reasons why Ukrainian Weddings are so famous in the World!