Three years before his Bollywood debut with 1988 film Biwi Ho To Aisi, Salman Khan appeared in Limca ad. You are going to walk down the memory lanes after watching Salman Khan playing football in the old Limca commercial. We did not know at that time, the same person is going to rule the Indian film industry in the coming years. Watch Old Indian Ads that will make you feel nostalgic.

He is one of the Bollywood actors who did odd jobs before entering the Hindi film industry. The perfect example of its never too late, He got his first film at the age of 41 years. Before appearing in the films, he played the Mr. Jack of famous Parle G Krackjack ad. His role is the  2003 comedy film Munna Bhai M.B.B.S got him the deserved popularity. Before starting his career in Bollywood with 2008 romantic comedy film Rab Ne Bana Di Jodi, She appeared in many commercials. She was seen in Sebolin ad, and she looked gorgeous as always. The interesting fact is that she appeared in one film before Rab Ne Bana Di Jodi. Though she did not act in the movie her poster appeared in the 2006 film Lage Raho Munna Bhai. Read more about Bollywood actors who started a career as junior artists. Before joining the Hindi film industry, Siddharth Malhotra was doing modelling for four years. He appeared in the Pond’s ad before anyone know him. He also worked as assistant director to Karan Johar on the sets of My Name is Khan. Can you recognize the girl with Siddharth Malhotra in Ponds’s ad?  Yes, She is Jannat girl – Sonal Chauhan. After completing her graduation with degrees in English Honours and Criminal Psychology, She started a career in modelling.  She appeared in the Perk chocolate television commercial marking her debut with ads. Thereafter She did other commercials including the one for Liril Soap. 1998 film Dil Se marked her entry in the Bollywood film industry.

You can spot Shahid Kapoor and Ayesha Takia together in the Complan television ad. Ayesha Takia started her career in modelling at the age of 15 with “I am a Complan Girl” ad. Later She appeared in many music videos and then finally her journey in Bollywood in 2004 with the film Taarzan: The Wonder Car. Long Before, Shahid Kapoor started a career in Bollywood as a background dancer, He appeared in the Complan ad. Deepika Padukone started her career as a child model, appearing in a variety of advertising campaigns at the age of eight. She appeared in the television ad for Close Up toothpaste. Later She did a television commercial for the soap Liril which got her recognition. She got much attention for featuring in the music video for Himesh Reshammiya’s song “Naam Hai Tera. Fim offers were on the way and Om Shanti Om marked her Bollywood debut. Known for directing the commercially successful films like Munna Bhai M.B.B.S, 3 Idiots, PK and Sanju, Rajkumar Hirani is one of the leading filmmakers in Bollywood. After trying his luck as a film editor, He moved to the advertising industry. He appeared in “Jor Laga Ke Haisha” – a television commercial by Fevicol. Though he was successful in the advertising industry, He always wanted to make films. He quit advertising and started working with Vidhu Vinod Chopra. His directorial debut Munna Bhai M.B.B.S was a huge success. Varun Dhawan started his career as a child model, appearing in an advertising campaign for Bournvita. He looks so cute in the ad that we could not forget the ad. Before starting his career in film, He worked as an assistant director to Karan Johar for Shahrukh Khan’s My Name Is Khan. IN 2012, He got the break in Bollywood as lead actor with film Student Of The Year. 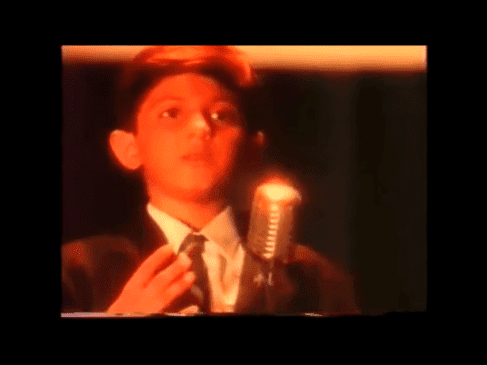 Vidya Balan got a chance to works in advertising. She appeared in the television commercial for Surf washing powder.  90’s superhit sitcom Hum Paanch market the debut of her acting career where she played the role of teenager Radhika who wears spectacles. She always wanted to do the films. After a lot of initial struggles, She got her first lead role in Bengali drama Bhalo Theko. Two years later, She made her Bollywood debut Parineeta for which her performance was widely praised. Genelia D’souza received wide recognition when she appeared in a Parker Pen commercial at the age of 15. Can you identify the other person in the ad? Yes, he is none other than Amitabh Bachchan.  She began her acting career with 2003 film Tujhe Meri Kasam opposite her future husband Ritesh Deshmukh. While shooting for her first film, She was also completing bachelor’s degree in management studies. He made his Bollywood debut with Ram Gopal Verma’ super hit film Company. He received huge appreciation for the portrayal of his role as Chandu in the film. Before making his Bollywood debut, Vivek Oberoi appeared in New York Lotto’s controversial TV Commercial. It is one of the banned commercials in India. Bipasha Basu was also featured in the 1999 TVC who went topless for the commercial triggering a row. If you know any other Bollywood celeb who appeared in ads before they became famous, please let us know in the comments section.

15 Best Movies of Amrish Puri & famous role played by him