After a spectacular debut in ‘Kai Po Che’, Sushant Singh Rajput has over the years, been part of different genres of films and portrayed a diverse range of characters. Initially starting his career as a dancer, Rajput has made sure that he keeps on motivating and inspiring people through his acting as well as his social work. The title song of Dhoom 2 is loved by everyone for the excellent dancing skills showcased by Hrithik Roshan but did you know that also a part of this song, was Sushant Singh Rajput as he was a background dancer in this popular song. One of the best Choreographers in Bollywood currently, Remo D’Souza used to initially work as a background artist in the latter half of 1990’s. This talented choreographer and director first appeared on the big screen in the song ‘ Mere Mehbooba’ from the movie Pardes starring Shahrukh Khan. He was one of the background dancers in this song who got the glorious opportunity to share the screen with Shahrukh Khan. One of the most popular actresses in Tollywood, Kajal Aggarwal made her Bollywood debut opposite Ajay Devgn in Rohit Shetty’s ‘Singham’. But long before this amazing debut, she had already appeared on screen in a song from the movie ‘Kyun Ho Gaya Na’. She was seen sharing screen with Aishwarya Rai in the song ‘Pyar Mein Sau Uljhane Hai’ from this film starring Aishwarya Rai, Vivek Oberoi as well as Amitabh Bachchan. 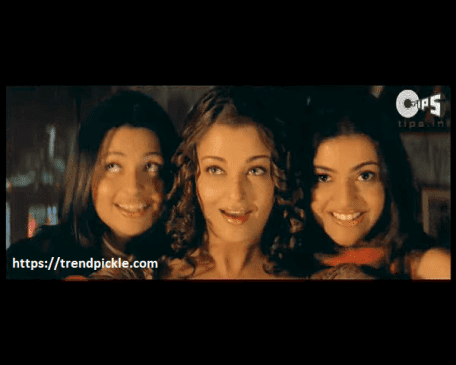 Apparently, it was not only Shahid Kapoor but also Isha Sharvani who made her first appearance on screen with the film ‘Taal’. She featured as a background dancer in the song ‘Kahin Aag Lage’ from the movie Taal. An Indian contemporary dancer, Isha Sharvani later made her debut as a mainstream actress with Subhash Ghai’s ‘ Kisna’ starring Vivek Oberoi. Neetu Chandra is a prominent actress and producer in Bollywood. Making her debut in 2005 with ‘Garam Masala’ starring Akshay Kumar and John Abraham, Neetu has gone on to play various roles in her Bollywood career. She also runs a production house that has won a National Award for the best film. But her first-ever appearance was as a dancer in the famous song ‘Mera Babu Chhail Chhabila’ that also featured Sophie Chaudhary. A popular face in Indian households as a Dance reality show judge, Geeta Kapoor is currently one of the most talented Choreographers in Bollywood. But not many know that she had first appeared on screen way back in 1998 in the famous movie ‘Kuch Kuch Hota Hain’. She played the role of a background dancer in the song ‘Tujhe Yaad Na Meri Aayee’ in this famous movie starring Shahrukh Khan and Kajol. Anushka Sharma has been one of those luckiest actresses to have started her career with YRF films, and that too, opposite Shahrukh Khan. After her debut in 2008 in ‘Rab Ne Bana Di Jodi’, Anushka Sharma has made her way to the top and become one of the leading actresses in Bollywood. But before making her glorious debut, she was seen on a poster in Lage Raho Munna Bhai starring Sanjay Dutt and Arshad Warsi. Ayan Mukherji is known for his beautiful films that are primarily based on the youth. But before directing ‘Wake Up Sid’ and ‘Yeh Jawaani Hain Deewani’, he had also appeared in a Karan Johar movie before. He was seen sharing screen with Rani Mukerji and Shahrukh Khan in the song ‘Tumhi Dekho Naa’ from the film ‘ Kabhi Alvida Naa Kehna’. One of the most popular Choreographers and Directors in Bollywood, Farah Khan has been consistently showcasing her talent for many years now. But long before establishing her career as a successful choreographer-director, she had appeared as a background dancer in  ‘Hum Hain Naujawan’ song from the famous film ‘Sadaa Suhagan’. She shared the screen with Govinda in this song. 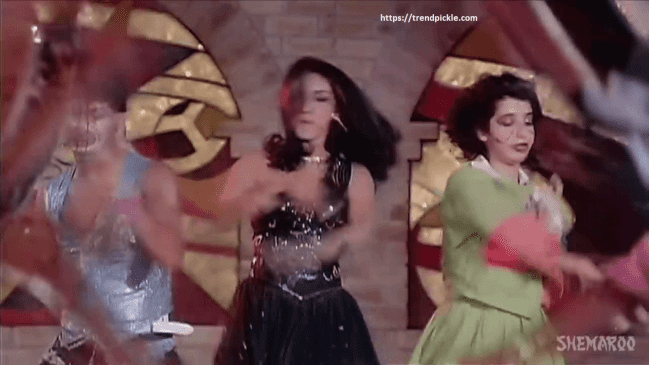 Saroj Khan is one of the most popular and successful choreographers in Bollywood. She began her career in the 1950’s as a background dancer way back in ‘Aaiye Meharbaan’ song where she dressed as a guy. This song also featured Madhubala. She has worked in a lot of movies as a background dancer before bagging the status of being one of the best choreographers in Bollywood. Thus, these are the Bollywood Stars who have worked as junior artists before making it big in the Bollywood industry. Gone are those days when treating background dancers or junior artists as less significant was a common practice. Today, everyone is more professional and supportive making the Bollywood industry a happier place to work at. And these celebrities, with their inspiring stories, have proved that if you have skills, and the ability and determination to work really hard on those skills, there is nothing or no one that can stop you from achieving your goals. If you know any other Bollywood Stars who started career as junior artists, please share with in the comments section.

Bollywood Quiz : What movie does this dialogue come from?