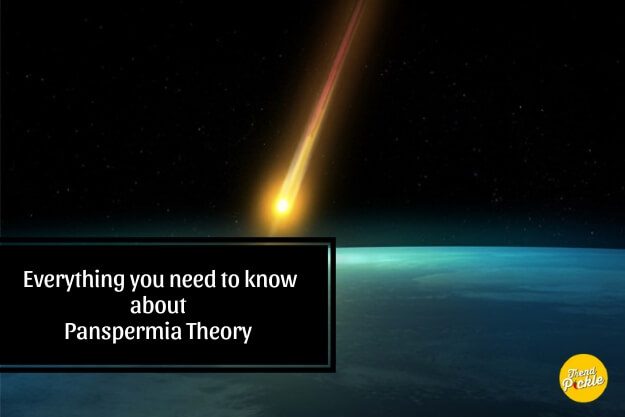 How life originated on earth is a question that people have pondered for ages. Theories abound, from those based on religious doctrine to the purely scientific, to others that border on science fiction. One possibility that hovers on this border is the panspermia theory, which suggests that life on earth did not originate on our planet, but was transported here from somewhere else in the universe. While this idea may seem straight out of a science fiction novel, some evidence suggests that an extraterrestrial origin of life may not be such a far-out idea.

Panspermia is the hypothesis that life exists throughout the Universe, distributed by stardust, meteoroids, asteroids, comets, planetoids, and also by spacecraft carrying unintended contamination by microorganisms. Distribution may have occurred spanning galaxies, and so may not be restricted to the limited scale of solar systems.

Panspermia hypotheses propose that microscopic life-forms that can survive the effects of space can become trapped in debris ejected into space after collisions between planets and small solar system bodies that harbor life. Some organisms may travel dormant for an extended amount of time before colliding randomly with other planets or intermingling with protoplanetary disks. At least one report finds that endospores from a type of Bacillus bacteria found in Morocco can survive being heated to 420 °C, making the argument for Panspermia even stronger.

The chemistry leading to life may have begun shortly after the Big Bang, 13.8 billion years ago, during a habitable epoch when the Universe was only 10 to 17 million years old. Though the presence of life is confirmed only on the Earth, some scientists think that extraterrestrial life is not only plausible but probable or inevitable. An important thing to note about the Panspermia hypothesis is that it gives no explanation for how life on Earth started. So far, our knowledge of the solar system suggests that life is unique to Earth, but, as science and technology advance, we will have to modify ideas that we currently regard as facts. It remains to be seen if the questions regarding the origin of life on earth and the origin of life in the universe have the same answer. Panspermia studies concentrate not on how life began, but on the methods that may cause its distribution in the Universe.

Clever Ways to Make Money on the Side in 2021 – How to make side money?

The 11 Tallest Mountains in the Solar System