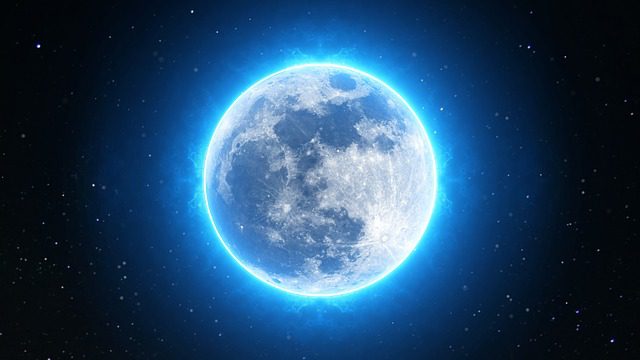 While we generally think about Earth’s moon only, there are many Moons in our Solar system. Earth’s moon is one of the largest moons in the solar system. Earth has only one Moon which is believed to have formed about 4.5 billion years ago, not very long after Earth was formed. While we love watching the moon is the night sky, It will look more interesting as you read these amazing facts about the moon.  I am sure these facts about the moon will increase your knowledge and curiosity.

2. Earth’s moon is the fifth largest moon in the solar system. As of May 2018, There are 184 Moons (or natural satellites) which are orbiting the Planets and dwarf planets in our solar system. 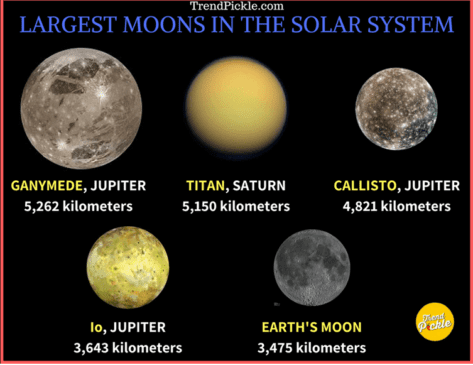 3. The average distance between Earth and Moon is 384472 kilometers (238900 miles). A spacecraft takes about three days to reach Moon. The distance between the Moon and Earth is increasing because Moon takes some energy from Earth’s energy and propels itself far.  The Moon gets 1.5 inches (3.8 centimeters) away from Earth every year. A beam of light takes just 1.26 second to travel to Moon from Earth.

4. The Moon orbits the Earth in about 28 days (27.32 days). Moon also takes approximately the same time (27 days) to rotate once on its axis. This means that We can only see around 60% of Moon’s surface from Earth (50% at any one time). Also, the Moon does not appear to be spinning but appears to almost perfectly still when observed from Earth. The side that we can see from Earth is called the near side while the other side is called the far side or dark side of the Moon. Both sides of the Sun are illuminated by the Sun but we are able to see only near side.

8. Apollo 11 mission by NASA in 1969 was the first manned landing on Moon’s surface. Neil Armstrong was the first person to set foot on the Moon. There have been six missions – Apollo 11, Apollo 12, Apollo 14, Apollo 15, Apollo 16, Apollo 17 by NASA from 1969-1972 where the man landed on Moon. Only 12 people have walked on the Moon’s surface and all of them were American males. 9. The far side of the Moon looks different from the near side because it lacks maria (Latin for sea). The lunar maria are large and dark plains Moon which was formed by ancient volcanic eruptions. They were called maria by astronomers as they misunderstood them for actual seas. 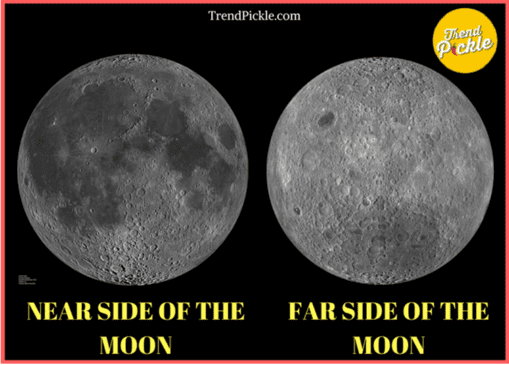 10. The surface of the Moon hosts a large number of impact craters that are created from the collision of comets and asteroids over time. These impact craters are well preserved Because of lack of an atmosphere or weather on Moon. The footprints of astronauts will remain on the Moon’s surface for 10 million years.

12. The Earth’s tides are largely caused by the gravitational pull of the Moon. The gravitational pull of the moon causes the oceans to bulge out in the direction of the moon. Since the Earth is also being pulled toward the moon, another bulge occurs on the opposite side, these are called high tides. Did you that Earth’s rotation is slowing with time thus adding few milliseconds to the day. This is happening due to the tidal effects of Moon on Earth’s rotation. Atomic clocks reveal that a duration of the current day is longer by about 1.7 milliseconds than it was a century ago.

17. In 2009, 3 spacecrafts confirmed that water exists on the Moon and it was suggested that most of that water was confined to “cold traps” at the poles. Now, a new analysis done by two lunar missions in 2018 suggests that water could actually be spread all over the moon’s surface.

If you know any other interesting facts about the moon, please share with us in the below comments section.

Too much facts to know… Interesting.