Lepakshi is a culturally, historically and archaeologically significant village in Andhra Pradesh. The village in the Anantapur District and is a location of various shrines dedicated to  Lord Shiva, Vishnu, and Veerabhadra built during king Vijayanagara’s period (1336–1646). Lepakshi is one the best places to visit from Bangalore city as it is located just about 120 km north of Bangalore. It is close to the border between Karnataka and Andhra Pradesh. The best route to take is the NH7, Bangalore-Hyderabad highway.

There are several options to reach this region. The most preferred and also best route is the NH7, which runs between Bangalore and Hyderabad.

Let’s know what is the mystery behind the hanging pillars of Lepakshi temple?

The village is also regarded as the place where Jatayu fell down after being injured by Ravana. Jatayu is a mythical bird in Indian epic Ramayana who tried to rescue Sita when Ravana was abducting her. Despite being very old Jatayu fought very bravely with Ravana but could not stop him and fell on the earth while fighting. Lord Rama and Lakshmana found injured and dying Jatayu in their search for Sita, Jatayu informs them of the fight between him and Ravana and tells them that Ravana had gone towards South. Lord Rama then performed the last rites of Jatayu with full honour. Ramarkal Mettu is the place where the last rites were performed.

Lord Rama is said to have commanded the bird to rise Le Pakshi (‘rise, bird’), hence the name for that village. 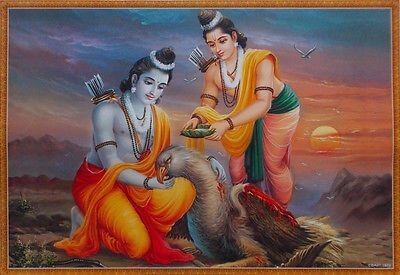 The Veerabhadra temple of Lepakshi was built by the Viranna and Virupanna brothers. It is an excellent example of the Vijayanagara architectural style. The temple is very popular and has been dedicated to Veerabhadra. There are various points of interest in the temple which include Durga Paadam, a rock chain, Vastu Purusha, the eyes of Viroopaakshanna, the Padmini race lady, the hanging pillar, and Lepakshi saree designs. The hanging pillar is the most famous of these attractions

The temple is built on a low, rocky hill called Kurmasailam — which means tortoise hill in Telugu. The shape of the hill resembles a tortoise. Here, devotees worship Shiva in the ferocious mood called Veerbhadra. The ancient and medieval eras saw Veerbhadra worshipped worshipped as a warrior god during times of war.

The Lepakshi temple contains the finest examples of Vijayanagara mural painting. A fresco of Veerabhadra on the ceiling of the antechamber of the Lepakshi temple is the largest one in India. The paintings in the inner hall feature scenes from the Ramayana, the Mahabharata, and the Puranas, and they are painted in a fresco style using bright colors. In the wall murals, there is a flock of geese with lotus stalks in their beaks, and the entire temple is adorned with flawless carvings. The walls of the Lepakshi temple are decorated with a blend of vegetable and mineral colors.

There are two magnificent statuettes of the goddess Yamuna and Ganga in the entry gate, and the columns along the exterior are decorated with carvings of soldiers and horses. The southwest hall contains carvings of nymphs dancing, Lord Brahma performing drums, Rambha dancing, and Lord Shiva engaging in ‘Ananda Tandava’. The image of Parvati surrounded by the female attendants can also be seen here. 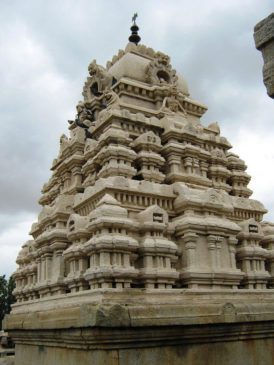 A huge granite Nandi (bull) which is 20 feet in height and 30 feet in length is located about 200 meters from the temple. The statue of Nandi is decorated with garlands and bells carved out of a single block stone. The statue faces another popular statue of the serpent. Due to its grand size and perfect proportion, it is a popular photo opportunity with visitors. The entire area has been turned into a park around the Nandi. Solid snake structure in Lepakshi is the Largest Monolithic Nagalinga in India. Local stories claim that it was built in 1 hour while their mother was preparing the lunch. When mother finished cooking, she was shocked to see this enormous figure.

The temple also hosts a Kalyana Mandapa. It is said that Shiva and Parvati were married at this mandapa, which consists of 38 pillars carved with carvings of sages, divine beings, Dhanwanthari, and the 8 Digpalakas. The pillars shoe interesting carvings depicting Shiva and Parvati’s marriage.

As you cross the Kalyan Mandapa, you will discover a huge footprint on the floor, which is believed to be the footprint of Goddess Sita. Interestingly, the footprint is always wet. This foot is constantly being washed by water from below. The source of the water is unknown. However, since it is the footprint of the goddess, the water seems mystically in regard to her. 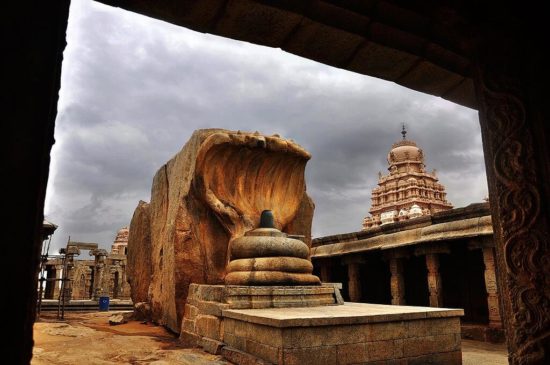 The outer portion of the temple has a massive Dance Hall with 70 stone pillars supporting the roof. One corner pillar is the famous ‘hanging pillar’ that does not touch the temple floor at all. There is a small gap between the temple floor and base of the pillar which gives the impression of the hanging pillar. The base of the pillar barely touches the ground and it is possible to pass thin objects such as a sheet of paper or a piece of cloth from one side to the other. 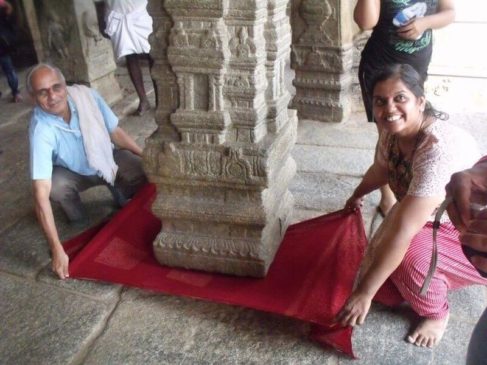 The hanging pillar is called the Aakaasa Sthambha. Within the temple you will find dancers, saints, musicians, and 14 avatars of Shiva depicted on the pillars and walls. Lepakshi Temple contains three distinct Mandapas: Mukhya Mandapa, Garva Griha, and Kalyana Mandapa. The last Mandapa is unfinished.

The most famous story about the origin of the hanging pillar is that of during the pre-independence era, when a British engineer who wanted to know how the temple was supported by the pillars, tried to move one of the pillars, which caused the movement of as many as 10 pillars around to maintain the balance. The temple, as well as the pillars in the temple, were designed to resist earthquakes.

In another story, the British Government decided to do some repairs and attempted to remove the pillar. But they couldn’t because it was fixed so perfectly. They realized that removing this pillar is impossible, so they left it in this weird position.

How to reach Lepakshi?

The temple timings are between 6 AM and 6 PM for Darshan. Abhishek begins at 7 AM and continues until 7:30 AM. Darshan is available every day of the week. The temple timings may change during festivals, special rituals, or during eclipses.

It is the Shivalinga who is offered first and then Lord Veerabhadra in the morning. The deity is dressed up in Bala rupa (youth) and a mustache is added to depict him as the hero during the evening puja. It is standard here to wear decent clothing. Avoid bringing belts, leather bags, etc. Inside the temple, photography is permitted.

So, guys pack your bags and get ready for this amazing one-day trip from Bangalore. Did you like the story, if yes then please share it with your friends.

Types of men to avoid for getting rid of toxic relationship