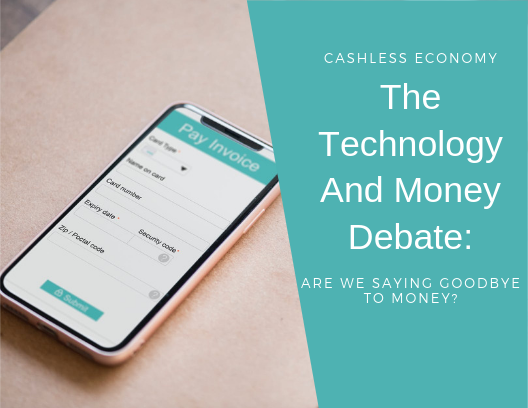 The possibility of a cashless society is a hot topic in everyone’s minds. The idea of a fully cashless society is beginning to look much more possible, thanks to the inroads made by several economies. Cash on delivery remains dominant in India, while on the other hand, fintech and the digital landscape in India continues to heat up. With constant changes on each end, publications such as The New York Times are asking the question: will we see the end of physical money in the near future? Technology allows for many beneficial changes, including better financial education but will it erase and redefine our definition of money as we know it?

The Remaining Need For Cash In Society

Although the markets continue to innovate and introduce cashless forms of payment, including the more recent cryptocurrency, the defining answer lies in whether consumers want to go completely cashless. It is true that consumers have embraced the new forms of payment. In the 2018 Pitney Bowes Global E-commerce Study, 94 percent of Indian consumers were shopping online. However, this has not necessarily translated to a preference for online payments, since consumers continue to battle with worries surrounding the security of cashless payments. There is also the automatic barrier that has been created by technology amongst the older and lower income portion of the population: those that are less likely to access and be up to date with technological advances.

Availability And Accessibility Continues To Play A Role

Based on a recent survey by Cardtronics, over 60 percent of consumers indicated that cash is the most available form of payment to them, with this number jumping to 90 percent for those without a bank account. In India, this point is particularly poignant, since over 80 percent of the population have bank accounts, but many of them do not utilize their services regularly or to the full extent. In fact, when it comes to one of the most common payments, salaries, only 22 percent of workers in India receive non-cash payment, according to World Bank Global Findex. There is also a larger portion of the population that remains digitally challenged, mainly seniors, who make up 8.6 percent of the population. Financial literacy will play a large part in solving this and in helping all consumers to understand their financial options, including the proper usage of consumer finance and credit tools when it comes to financing credit purchases and managing the payments and interest due afterwards.

Security Concerns May Trump The Superiority Of Going Cashless

There is much to be said about the benefits of cashless forms of payment. Debit cards, payment apps and digital wallets can have great benefits for the consumers, merchants and the economy overall. Not only does it reduce the costs associated with handling money (think transaction costs), it also reduces crime, thanks to increased in-person security. Another major argument for a cashless society continues to be its ability to transcend international boundaries in terms of currency exchanges and differences. Here is the history of Indian currency and its evolution.

However, digitalized payments also open up a new realm of risks, such as those posed to the security of personal data, including direct access to bank accounts, personal information and even employment details. Thanks to this, identity theft and cyber crime continue to attract increasing concern in India, and consumers are taking note.

However, economies such as The United Kingdom and India continue to push ahead with plans for a cashless society. More recently, we have seen the technology behind contactless payments take hold in India. As both sides continue to forge ahead, one thing is certain. The road to a cashless society in India will be a long one, and while it may happen eventually, there are definitely a few vital barriers that need to be overcome.