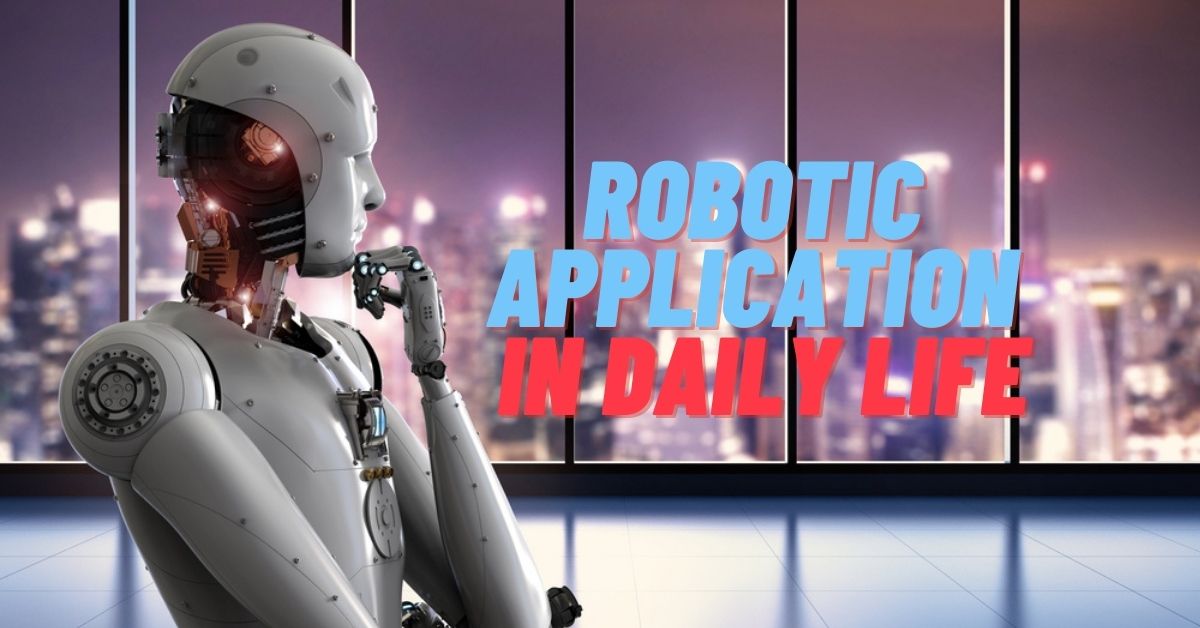 It was only a few decades ago when we thought a robot was something you would only see in science-fiction. It was a creation that could perform tasks with no input from a human other than telling it what to do.

However, nowadays, robots are working alongside humans in many different industries. While several are still in the development process and their real purpose hasn’t been discovered yet, many are working now. There are robots in homes, in factories and there are even robots in casino croupier positions. This is a list of robots that are changing our lives every day.

Robot butlers are something many of us would say we want. A helper that can tidy up, do laundry, take the dog out, cook a meal, and just keep the house running smoothly. There is also a household robot you already know about.

Not all robots are humanoid; some look like the Roomba. A Roomba is a small, disc-shaped vacuum cleaner that can perceive space and obstacles and vacuum your house while you do other things.

While it isn’t quite the Robo-butler we are expecting, the Roomba is a prime example of personal robots that anyone can purchase and use.

Another area that has benefitted from robots is the manufacturing sector. Robots, specifically robot arms, have been used to create parts, and put these parts together in several industries, specifically, the automotive industry.

Robots have been used to build cars for many years now. They are stronger, quicker, and more efficient than humans, and, importantly, far more precise. Robots are used in other industries for manufacturing for these exact reasons. They also enable factories to assign their employees to different tasks instead of working at a station that a robot can man.

Robots don’t have to look like humans or even be big. Prosthetics is a sector that has seen a vast improvement with the introduction of robotics. Instead of having a prosthetic that just looks like an arm or leg, robotics help them function as a normal arm or leg.

There are also tiny robots that can be used in the eye to help people see again and as part of the heart to allow it to function correctly. As mentioned, robots can come in all shapes and sizes and perform multiple tasks.

Defense has, unfortunately, become more critical for certain countries over the decades. With war always seemingly simmering below the surface, governments want to protect their borders and their assets.

Robotics are used in air and missile defense systems, for instance. The SeaRAM Anti-Missile system is an automated and robotic defense turret found on ships and used to destroy anti-ship cruise missiles. The system locks onto the missile and fires a homing missile of its own at the target.

There are also surface-to-air systems that are used to hit enemy fighter jets, as well as ordinance fired into a specific area. The defense system locks onto the target and fires a missile or strafe to destroy it.

Speaking of the military, some robots help military personnel perform specific tasks more safely than before. Bomb disposal is one of the prime examples of a job that is incredibly dangerous but made safer and easier by robots.

The robot can go in, locate the bomb, and either carry it away for detonation or detonate it right there. Robots can also be used as pathfinders or used to enter a dangerous building first, and this is a much safer option instead of sending soldiers in and can save many lives.

Robots are being used to explore distant planets; the Mars Rover is one of the prime examples. While it wasn’t completely automated, it performed like a robot and performed many tasks and processes at the push of a button.

Robots are constantly being designed to go to planets and explore as humans would. They would be able to walk around, collect samples and data, all while keeping people safe. Space travel, while incredibly exciting, is also dangerous; keeping people safe by using robots to perform the same tasks is the next logical step.

Tesla has been at the forefront of producing self-driving cars. These are aimed at limiting traffic and accidents, as they would be able to talk to each other and stop and go at a rate that allows for easy commutes.

While this technology is still in its early phases and we haven’t reached complete automation, there are cars that you can buy right now that will drive themselves. This tech is also only getting better as the months go on and can expand to include military vehicles, emergency vehicles, etc.

Robots are also being used for simple things, like companionship. Humanoid-like robots and pet-like robots such as dogs have been built and sold to help people who feel lonely or need an extra member of the family.

The humanoid robots can talk, understand what is being said, and react correctly. Robotic dogs have been around for years and we can see improvements in how they behave, move, and act in different environments.

While tourism as a whole is yet to see a large influx of robots, hotels are starting to implement them. Some hotels are using robots to operate reception desks and using them to deliver room service to guests or as waiters in restaurants.

This is seen as a double-edged sword, though, as the robots do improve service and things get done much quicker, it is at the cost of forcing a human out of a job or not hiring any humans. Many are trying to find the balance between humans and robots in the workplace.

How to install windows on your system? – The Complete Guide