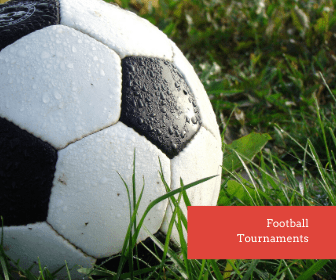 Football is regarded as the king of sports because of the marvelous moments it gives to fans. In reality, of all sports, football owns the highest number of fans around the world.

As far as we are concerned, every international football match or tournament attracts lots of audiences of all ages throughout various regions.

Till now, there are a host of tournaments with different scales organized annually. For an in-depth understanding of the most professional football tournaments in the world, please scroll down.

The World Cup or the FIFA World Cup is an international football tournament organized by the International Federation of Association Football (FIFA).

This tournament is held every four years for all national football teams as FIFA members.

During the history of the tournament, Brazil is the only team to participate in 21 World Cup finals and hold a record of winning this tournament five times.

Germany and Italy rank second with four gold trophies. Argentina, France, and Uruguay have won the championship twice. England and Spain have gained one title.

According to the latest news, from the 2026 World Cup, the number of FIFA football teams will increase from 32 to 48. This is the first time FIFA has decided to change the number of participating teams.

As the biggest tournament on the planet, the World Cup draws the attention of billions of people around the world. The spread of the World Cup seems to touch every person, every family, and every nation.

This tournament is the occasion for the top-ranking European clubs to compete with each other.

There are several rounds throughout the competition. The final round takes place in May every year. The champion team will get the opportunity to reach the UEFA Super Cup and FIFA Club World Cup.

In the history of the Champion League, Real Madrid is the most successful club with remarkable achievements, particularly 12 times of holding the championship.

One of the classic matches is the final of the 2012-2013 season, which has been the most-watched match in all the seasons of the UEFA Champions League, with 360 million people watching via television. In 2013, it was voted to be the world’s most dramatic sports event of that year.

The UEFA Champion League is one of the world’s most honorable club football tournaments and receives considerable concern of millions of football fans all over the world.

The English Premier League is specifically organized for English professional clubs and the most prestigious tournament in the English football league system.

Since the first season in 1992, there have been a total of 47 clubs participating in this competition, and six of them have won the championship: Manchester United with 13 times, Chelsea with five times, Arsenal with three times, Manchester City with twice, Blackburn Rovers and Leicester City with once for each.

Despite being an English football competition, this tournament has a significant influence on football enthusiasts all around the world. Even it is also rated as one of the most exciting competitions on the planet.

In comparison with other tournaments in Europe, the English Premier League is not the most dominant. That being said, thrilling matches of English teams together with sparkling performances of superstars often drive big fans crazy.

These days the Premier League is broadcasting in 212 territories and approaching up to 643 million households and approximately 4.7 billion television audiences.

Thirty-two clubs will compete against each other in the group stage of the competition. Then, the championship teams will represent AFC football clubs to attend the FIFA Club World Cup.

From 1967 to 2002, the tournament was known as the Asian Club Championship. During the first 14 years, the competition was not highly appreciated due to not bringing healthy profits.

After that, the Asian Football Confederation stopped this competition for several years and returned in 1985.

After that, the coming of the Asian Cup Winners Cup and the Asian Super Cup in 1990 and 1995, in turn, made a considerable change.

In 2002, the Asian Football Confederation decided to combine the three prior tournaments. Then, the AFC Champion League becomes the official name of this Asian tournament.

Every season of the AFC Champions League receives the attention of football fans because of the fierce competition along with the eye-catching performance with the ball.

We have listed the most prestigious football tournaments on the planet. Have you watched all the matches of these tournaments? If you are crazy about football, you will not miss any of them.

In the coming time, there will be lots of exciting matches waiting for you. Now, don’t hesitate to immerse yourself in football matches for the most exhilarating experience.

Hopefully, our information will bring relaxed moments to you. Thanks for reading our article. If you have any contributions, please leave your comments below.

Greatest gaming innovations to look for in 2020