The Great Wall of China is a series of fortifications built along an east-to-west line across the historical northern borders of China. The wall is made of stone, brick, wood, and many other materials. It was built to protect the Chinese states and empires against various raids and invasions of the outsiders. 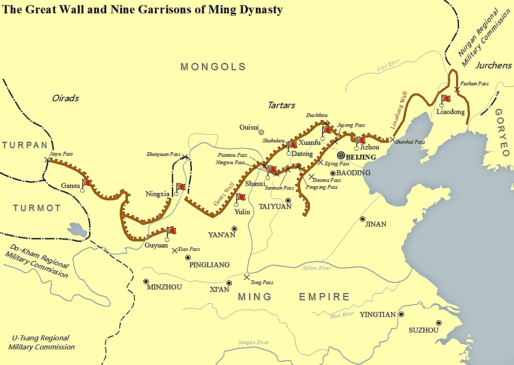 Several walls were built as early as the 7th century BC. These walls were later joined together and made bigger and stronger. These walls are collectively known as the Great Wall of China. The wall built in 220–206 BC by Qin Shi Huang, the first Emperor of China is the most famous one. However, he was not the first to build the Great Wall. He linked the northern walls of the states he conquered.

The Great Wall were rebuilt, maintained, and renovated over various dynasties. Most of the existing wall is from the Ming Dynasty (1368–1644) period.

What are some interesting facts about the Great Wall of China?

2. Most of today’s walls (approximately 40%) are from the Ming Dynasty. 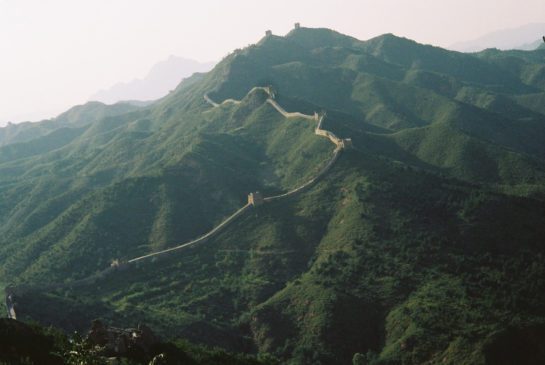 7. Nearly one-third of the Great Wall has disappeared without the trace.

8. The altitudes of the walls vary. The highest point above sea level is the Huanglouyuan in the northwest suburb of Beijing, with an elevation of 1,439.3 meters (4,722 feet). The lowest point is at Laolongtou in Hebei, just above the sea level.

10. Every year, more than 10 million people visit the Great Wall of China, making it one of the world’s most popular tourist attractions. It had been visited by more than 460 state heads and VIPs from around the world. 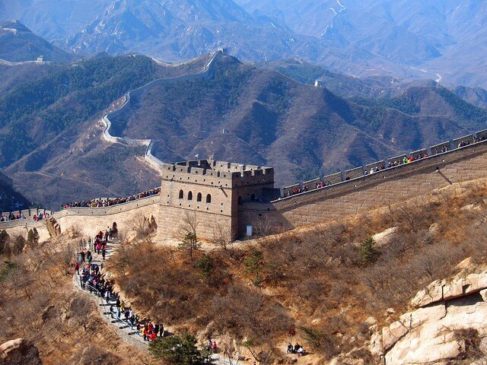 11. No further work has been done on the Great Wall Since 1644 (end of Ming Dynasty) for military purposes. Some sections of the wall have been restored for tourism.

12. More than 10 Lakhs laborers were recruited for the construction of this huge project. The Great Wall labor force included soldiers, forcibly-recruited laborers, convicts, and POWs.

13. Great Wall reconstruction and protection began with Badaling in 1957.

14. The Great Wall of China has been a UNESCO World Heritage Site since 1987.

15. As opposed to popular myth, The Great Wall of China cannot be seen from space by the human eye without aid. 16. The Great Wall is not a continuous line. There are sidewalls, circular walls, parallel walls, and sections with no wall in areas of high mountains or rivers.

Do you know other Great wall of China facts, please share with us.

Geography Quiz: 90% of people couldn’t tell the capital of these countries correctly

I would like to thnkx for the efforts you’ve put in writing this website. I’m hoping the same high-grade website post from you in the upcoming as well. Actually your creative writing abilities has encouraged me to get my own web site now. Really the blogging is spreading its wings quickly. Your write up is a great example of it.