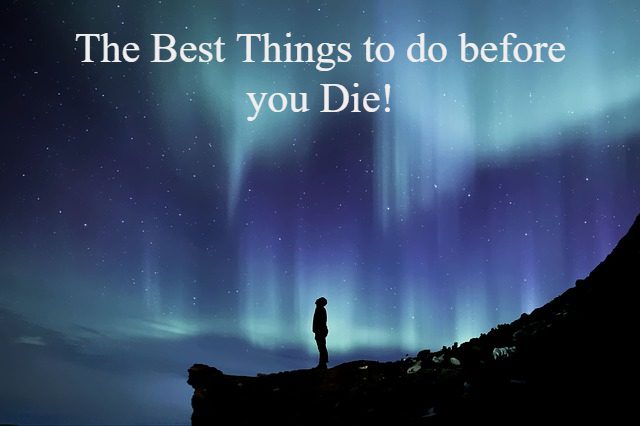 Bucket lists are probably the most amazing thing in the world. But what’s even more exciting and enthralling is the variety of things that are mentioned in every bucket list. Most bucket lists include things that are outright adventurous and adrenaline gushing, while there are also simple things like buying a car or learning a new language. As you complete each of these things, there is a feeling of satisfaction and accomplishment that instills in your minds. Everyone basically wants the same thing, to be happy. However, the source of happiness is different for different people. What’s common, is the need to live your life to the fullest in order to enjoy every second of it. Hence, these are the best things one can do before dying that will change the way you look at life and make you fall madly in love with your life.

1.Cycling on the Yungas road ( or the DEATH ROAD)

Are you one of those adventure junkies who love going on thrilling adventures that are more dangerous than exciting? Then cycling on the 64km Yungas road or the ‘Death Road’ might be the perfect thing for you. The road is wide enough for only one car which is why this road has witnessed hundreds of deaths in the past few decades. So, it wasn’t a surprise when the Inter-American Development Bank named it as the ‘World’s Most Dangerous Road’ in 1995. You can book for this adventure with any one of the various agencies, although after signing a waiver form first. Originally a party arranged in order to thank around 20-30 travelers, it got popular with time and today, it is a huge event drawing around 10,000 to 20,000 people. Taking place every month on the full moon evening, this party is a must-visit for all the party animals who love getting drunk and grooving to the trippy music. The party takes place at the Haad Rin beach on the Ko Pha-ngan island in Thailand and offers a mesmerizing experience of partying under the stars along with the soothing cold breeze. You might remember the iconic bull running sequence from Zindagi Na Milegi Dobara where the film’s protagonists run for their lives along with many other men as the bulls chase them. As it turns out, the running of the bulls is an actual event in Spain held in Pamplona during the seven day festival of San Fermin. As great an adrenaline-pumping experience it offers, it is also very dangerous and can also prove to be fatal. Strictly for the hardcore adventurers, this can be the greatest (or even the last) adventure of your life. Dolphins are one of the most adorable and lovely creatures in the World. And swimming with these Dolphins is surely one of the most endearing and beautiful experiences one can have. One can indulge in this unique activity at the fascinating warm-weather destinations of Mexico, Hawaii, Florida as well as the Caribbean. Both adults and kids can participate in this amazing activity, making it one of the best and the most satisfying family activities. Kenya is a beautiful African country known for its scenic natural beauty as well as its abundant wildlife. Hence, Kenya is home to some of the best Safaris in the world that guarantee enthralling adventures along with the most fascinating animals. Masai Mara National Reserve is the most popular Safari park in Kenya that showcases a variety of animals like the African leopards, Tanzanian cheetahs and Masai lions in huge numbers. The best time to visit this park is between June and October as it is a dry season and the possibility of spotting animals is also more during this period. One of the world’s greatest and most popular marathons, the Virgin Money London Marathon is held in spring every year after the event was first organized in the spring of 1981. Originally, it was only called as the London Marathon but currently is known as the ‘Virgin Money London Marathon’ as the event has been sponsored by Virgin Money. This event holds the Guinness world record as the biggest annual fundraising event and has raised more than £450 million since 1981. Participating in this marathon will give you the satisfaction of participating in one of the famous marathons of the world while it also satisfies you as you raise a certain amount of money that goes for charity. The Northern Lights or Aurora borealis can be seen when electrically charged particles rush towards the earth at a great speed, before colliding with the atmosphere. This collision results into an outburst of radiation which is nothing but the spectacular and beautiful ‘Northern Lights’. It is a frequent occurrence in a 2500 km belt on the magnetic North pole. The best place to observe the Northern Lights is Norway, where one can observe them almost every time the night sky is clear. One can also observe these lights from Northern Canada, Finland, Alaska as well as southernmost part of Greenland. 8. Float in the Dead Sea

This Sea consists of the world’s saltiest water and lies 1300 ft below sea level. Situated between the borders of Jordan and Israel, the water in this sea actually keeps you afloat due to the extremely high concentration of dissolved salts in it. Of course, getting to float is the main reason that attracts tourists to this sea but this place also has other benefits as the salt and the mud here are good for one’s health. Hence, it is one of those places that you should do before dying. Besides, who doesn’t want to float on water anyway? 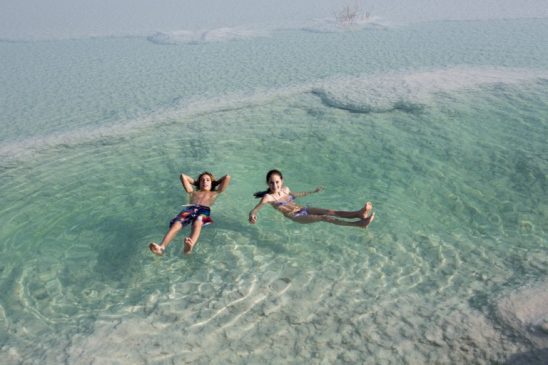 What are the Benefits of Digital Wallets?