It is often observed that when it comes to English language novels, readers tend to prefer the foreign authors more as compared to the Indian authors. But Indian authors, over the years, have produced some of the best books that have achieved both popularity and critical acclaim. Here are some of the best novels by Indian Authors that you should read at least once in your life.

This amazing novel by Arvind Adiga explores the issues like differences based on caste, religion as well as social class disparities. Adiga’s debut novel, The White Tiger was so well written that it earned the 2008 Man Booker Prize. The book traces the life of Balram, belonging to a very poor family, who makes his way out of poverty and achieves success. The story emphasizes Balram’s journey whilst showcasing all the hardships and obstacles he manages to overcome. 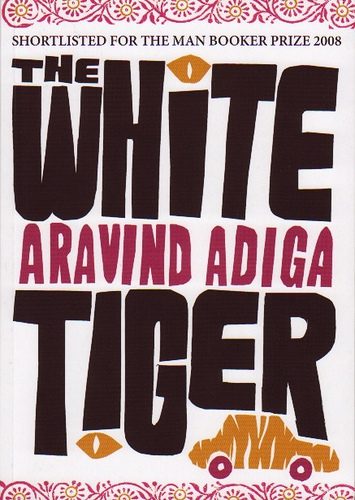 Buy “The White Tiger” From Amazon

This satirical novel by Shashi Tharoor is basically a recreation of Mahabharata. ‘The Great Indian Novel’ is a fascinating read that showcases and compares several Indian politicians and figures from the 20th century as mythological characters from the epic Mahabharata. Tharoor spins such a magical web with his words that it is almost impossible to come out once you enter it. One of the best political satires in India, ‘The Great Indian Novel’ is a book you should definitely read at least once.

This fascinating book was published way back in 1956 and talked about the sufferings and horrors of people during the partition of India. ‘Train to Pakistan’, unlike most of the other accounts of the partition at that time, did not focus on the political turmoil between the two newly formed nations. Instead, it focused on an even important topic- the loss of human life! ‘Train to Pakistan’ is also a story about a Muslim girl and a Sikh boy who fall in love with each other. 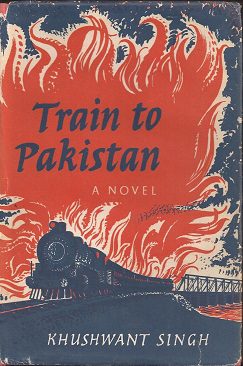 Buy “Train to Pakistan” From Amazon

Another wonderful book that retells the epic Mahabharata, but from the point of Draupadi, the protagonist of the book. The original epic talks more about the Pandavas while very less is told about Draupadi’s thoughts and motives. Chitra Banerjee Divakaruni beautifully describes all the emotions of Draupadi, making ‘Palace of Illusions‘ one of the best fictional works based on Mahabharata.

Buy “Palace of Illusions” From Amazon

This story about a tour guide named Raju showcases his transformation from a tour guide to a spiritual guide and eventually a respected holy man in the country. The movie ‘Guide’ that released in 1965 was based on this book and featured the veteran actor Dev Anand in a pivotal role. The book is written by R.K. Narayan, one of India’s most popular and most read authors.

Buy “The Guide” From Amazon

6. The God of Small Things

Buy “The God of Small Things” From Amazon

‘A Fine Balance’ is set in 1975’s India when Indira Gandhi had declared a state of emergency in the nation. Written by Rohinton Mistry, this book traces the story of four strangers and gives an account of the political, economic and social conditions in India during the late 20th century. The magnificent book, showcasing the cruelty and corruption during this period, was shortlisted for the Booker Prize in 1996.

Buy “A Fine Balance” From Amazon

Jhumpa Lahiri beautifully paints 9 stories in this hugely acclaimed novel. Lahiri’s characters come straight out of her heart and are always people we usually see around us. And although her emphasis is always on being as honest as possible with her characters, Lahiri’s stories always manage to keep you engaged till the very end. Highly recommended!

Buy “Interpreter of Maladies” From Amazon

This fascinating work by Vikram Seth follows the lives of four families in the newly independent India. Primarily focusing on Mrs.Rupa Mehra who is in search of ‘A Suitable Boy’ to marry her daughter, the book also talks about various topics such as class conflicts, politics and Hindu-Muslim strife. With 1,349 pages, this book is amongst the longest English language Indian books.

Buy “A Suitable Boy” From Amazon

This masterpiece by Anita Desai revolves around Deven Sharma, a Hindi lecturer in a small town Mirpore. He is offered the chance to interview Nur, one of the country’s finest Urdu poets. He sees this as an escape from this mundane and dreary life. In Custody is one of the finest works in the late 20th century that was shortlisted for the Booker prize.

Buy “In Custody” From Amazon

These novels not only create wonderful stories but also talk about Indian ethics and culture, primarily focusing on human relationships, making the stories very relatable. So, next time you want to read a book, check this list and grab a copy of the one that attracts you the most. Do let us know in the comments below about more books by Indian authors that are brilliant enough to fit into this list of masterpieces.